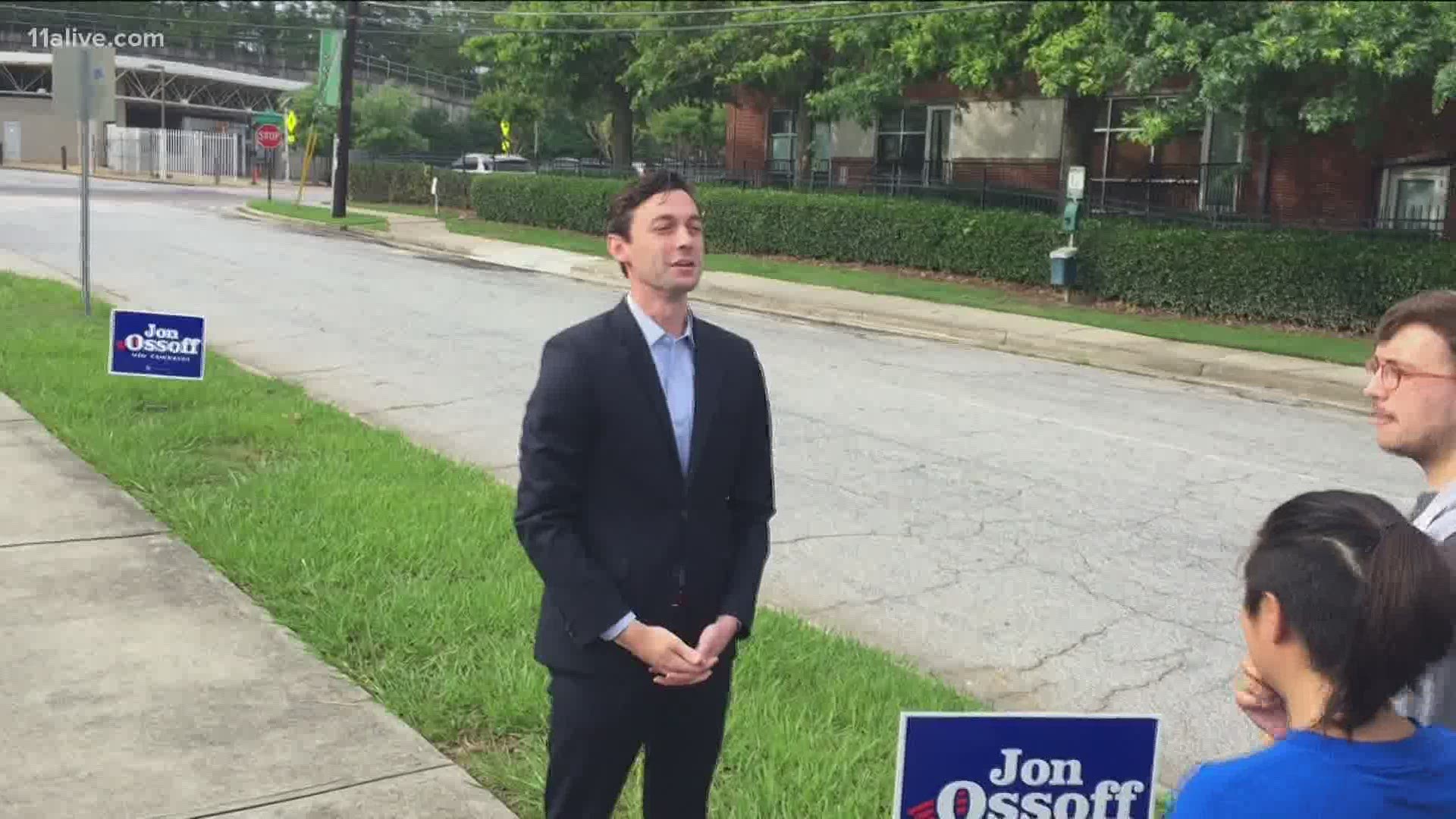 ATLANTA — Should federal officials have to place their stock portfolios in blind trusts?

It’s emerging as a campaign issue in the US Senate race in Georgia – after Senators David Perdue and Kelly Loeffler traded stocks days after receiving a confidential briefing on the coronavirus pandemic.

It is perfectly legal for federal officeholders – members of Congress and even the president – to manage their wealth while making decisions that affect the economy.  It also raises questions, especially in an election year.

A few days before she showed up at the state capitol on March 2 to qualify to run in a special election this year, Sen. Kelly Loeffler’s stock portfolio was very active.

Records showed she and her husband Jeff Sprecher, whose company owns the New York Stock Exchange, sold stock valued between $1.3 million and $3.1 million before the coronavirus pandemic tanked the market.

In the same period, records show Sen. David Perdue purchased stock valued at between $63,000 and $245,000 in Pfizer, a pharmaceutical company working to develop a coronavirus vaccine.

At the time, Perdue and Loeffler said they hired managers to run their stock portfolios, and kept them in the dark about it.

"I’m only informed of my transactions after they occur, several weeks," Loeffler told Fox Business on March 23.. "So those transactions on my behalf were a mixture of buys and sells, routine for my portfolio."

“I have had an outside professional that manages my personal finances and I’m not involved in the day to day,” Perdue said.

Democratic Senate candidate Jon Ossoff says even that much knowledge is too much for members of Congress. He’s running against Perdue for one of the two senate seats up for grabs this year.

Ossoff wants Congress to pass a bill requiring a blind trust for the stock portfolios of federal officeholders -- from members of Congress, to ambassadors, to the president.

"(Perdue) has promised to stop trading individual stocks. But that’s not good enough. He has refused to give up control of his portfolio. He should meet the Isakson standard," Ossoff told 11Alive News Monday.

Johnny Isakson was the US Senator that Loeffler replaced in January 2020. As chairman of the Senate Ethics Committee, Isakson reportedly put almost all of his stock in a blind trust – even though no law required it.

Late Monday, Loeffler's campaign spokesman issued a statement saying Ossoff is "recycling baseless political attacks that were debunked months ago. Kelly has always demonstrated the highest levels of transparency following both the spirit and letter of the law."

If he wins, Ossoff would become another millionaire in the US Senate, though with a fraction of Perdue and Loeffler's wealth. In a disclosure two months ago, Ossoff said his net worth is between $2.2 and 7.4 million – with stocks and mutual funds valued between $1 million and 2.4 million.

"On day one, I’ll place my stock portfolio in blind trust," Ossoff said.

Senators Perdue and Loeffler announced a few weeks ago that their stock handlers would essentially freeze their portfolios and stop trading stocks – but stopping short of creating blind trusts, which would cloak their stock activities altogether.

Perdue has disclosed his stocks are worth about $20 million.

Loeffler and her husband are reportedly worth more than $500 million, with stocks making up a large part of their wealth.

China bans US lawmakers Marco Rubio, Ted Cruz and others over criticism