Early voting started Nov. 17 and will run until Nov. 24 for big races in Atlanta. 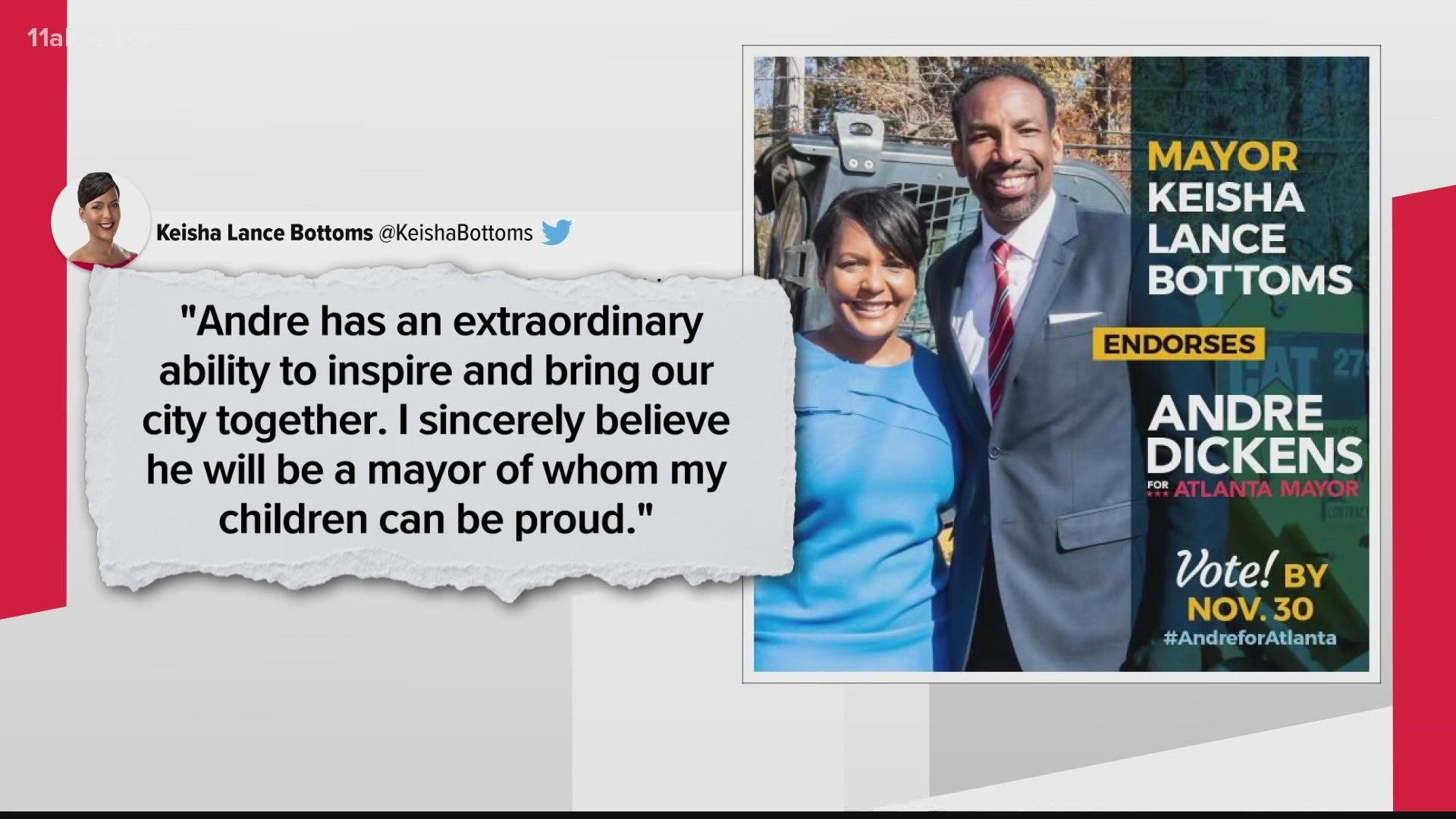 Keisha Lance Bottoms made the announcement on her Twitter page, stating "Andre has an extraordinary ability to inspire and bring our city together. I sincerely believe that he will be a mayor of whom my children can be proud."

Dickens responded to the announcement by saying "I’ve worked with Mayor Keisha Lance Bottoms over the past eight years. We served together as colleagues on council and I also served as a citywide legislator during her term as mayor. In those roles, she has seen both my work and my will to improve our city, so it is an honor that she would lend her endorsement and public support to my campaign."

Early voting started Nov. 17 and will run until Nov. 24 for big races in Atlanta. The Atlanta Mayor race is the most high-profile of them all with Felicia Moore and Dickens vying for Bottoms' seat.

Dickens is a member of the City Council who, as an at-large councilman, has won two citywide races since 2013. Meanwhile, Moore has two decades on the Atlanta City Council representing much of the Westside and northwest corner of Atlanta in District 9.

The news of a runoff didn't come as a surprise because many political analysts indicated early on that the highly-anticipated race would likely go to a runoff.