Brian Kemp experienced a flaw in his voting machines when he went to vote for himself. 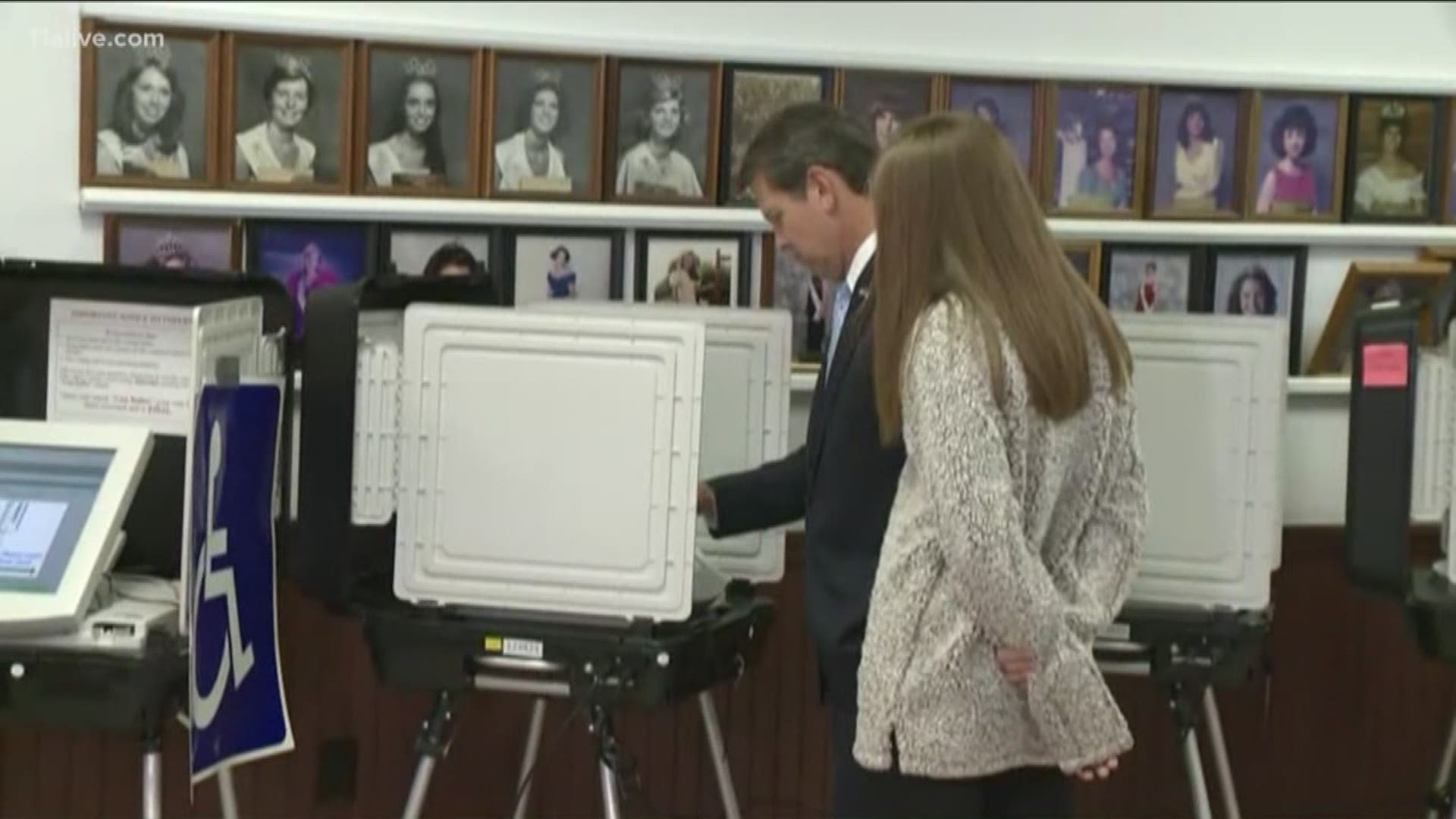 ATHENS, GA -- Brian Kemp hit a snag of his own when he went to vote Tuesday in Athens. The Secretary of State is in charge of elections and is running for governor, and has defended the state's voting system as critics described the state's voting machines as unreliable and prone to hacks.

Brian Kemp took his family into the historic Winterville depot to cast his vote. And when he got in, he voted – as most Georgians did – on a computer terminal with 16 year old Windows 2000 technology. After he went to a voting booth, he returned holding the yellow voting card in his hand, and told the poll worker "it said this was an invalid card."

"OK. Go back they’ll redo it for you," the poll worker told Kemp.

Kemp, who runs the state’s elections, then returned to fetch a card that actually worked. The snag consumed no more than a couple of minutes.

Asked if this election would be the last one to use the computer interface, adopted for the 2002 election, Kemp answered "I certainly hope that’s the case."

The state has taken proposals from various voting systems companies which want to replace the Georgia system. "Our goal is to move forward with a new voting system by 2020. And I believe we’ll be able to do that," Kemp said.

Meantime, Kemp insisted there were no more snags in this election than in years past.

"Today has been a great really smooth election. We’re not really seeing anything," Kemp said. "And look we’re having heavy turnout. The only thing I’ve heard is that from precincts where people who have voted for twenty years are longer that they’ve never seen this kind of election day turnout. So people in Georgia are voting."