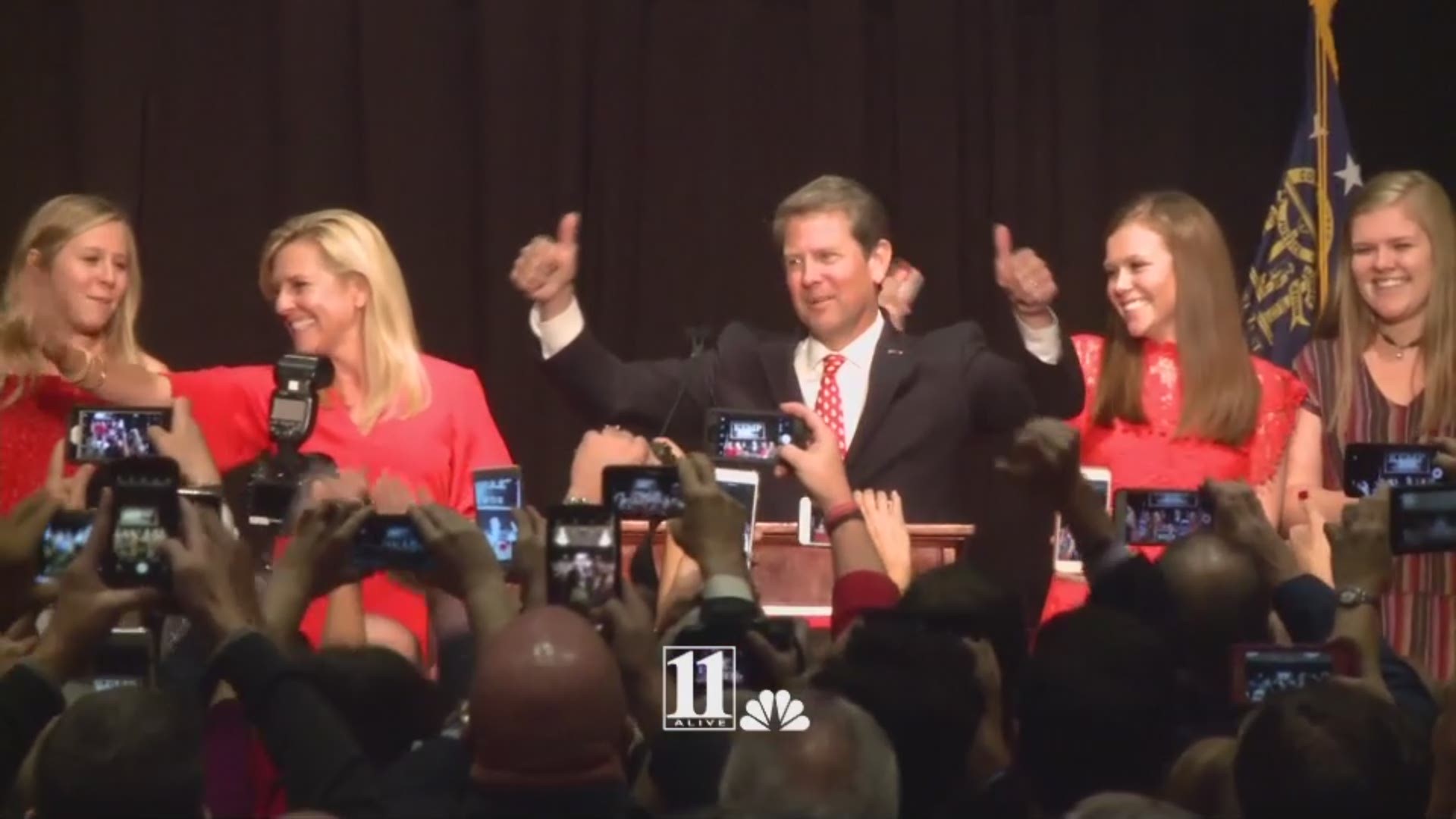 In a race that was too close to call on election night, Brian Kemp is speaking confidently about his chances of winning.

The Republican candidate for Georgia's governor is leading with 51 percent of the the initial election results to his opponent Stacey Abrams' 48 percent.

Just before 3:00 a.m. Kemp walked onto the stage of his watch party and thanked his supporters and his family. The Secretary of State said election night was a great night for Georgia.

Kemp shared why he decided to run for Governor.

"When I decided to run for governor, I had a lot of ideas about policies and legislation to pass, but I built the campaign on one promise: that as Governor, I would put hard working Georgians first. I promised to put people ahead of politics," he said to the faithful crowd of supporters.

He also said that while there are more votes to be counted, he said the math is on his side.