'Brunch bills' enjoy wide support around Atlanta in Election Day voting, but fail in one city

The bills allow restaurants to serve alcohol on Sunday starting at 11 a.m. 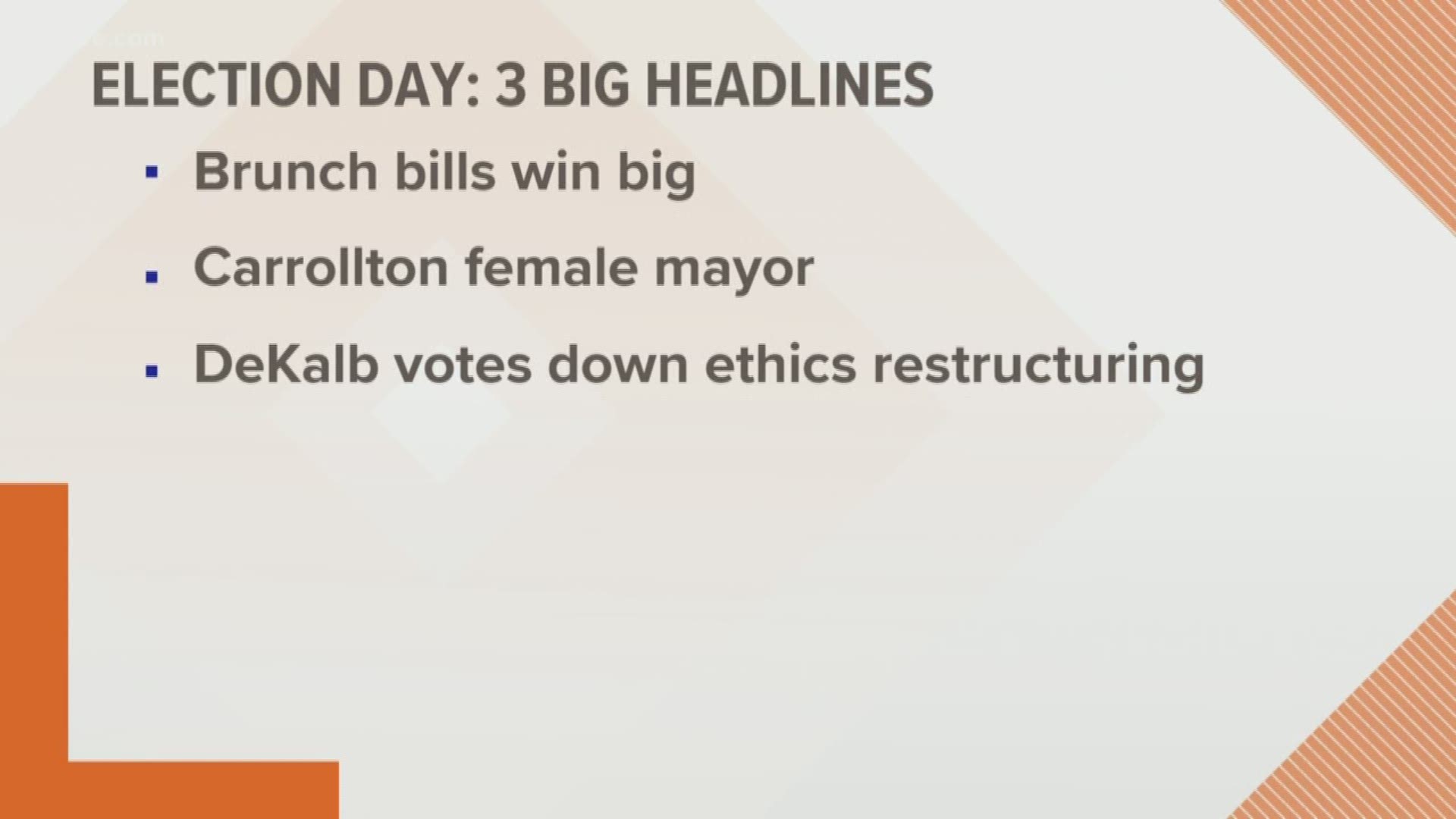 ATLANTA — Correction: This article originally stated McDonough voted down the Sunday alcohol sales initiative based on incorrect vote tally information. The story has been updated to reflect the correct information.

The people of metro Atlanta have spoken, and they have spoken (nearly) in unison: They want boozy brunches.

There was, however, at least one exception.

Out of 17 communities where 11Alive tracked results from Tuesday’s voting, at least 15 were projected to approve measures that will allow alcohol sales on Sunday starting at 11 a.m.

The so-called “brunch bill” initiatives are geared toward easing up current statewide alcohol sales laws that don’t allow packaged liquor to be sold until 12:30 p.m. on Sundays. Last year the Georgia state legislature decided to allow cities and counties to hold their own referendums to allow restaurants to begin serving mimosas and Bloody Marys a bit earlier.

In this year’s voting, most Atlanta communities signaled they’d like one of those mimosas and Bloody Marys with their Sunday brunch.

Notably, one city appeared to reject the measure: Citizens of Morrow in Clayton County decided their brunches were just fine with plain orange juice.

A handful of other cities where 11Alive was not tracking results – White, Watkinsville, Emerson, Euharlee and Dahlonega-Lumpkin County – also voted on brunch bill measures.