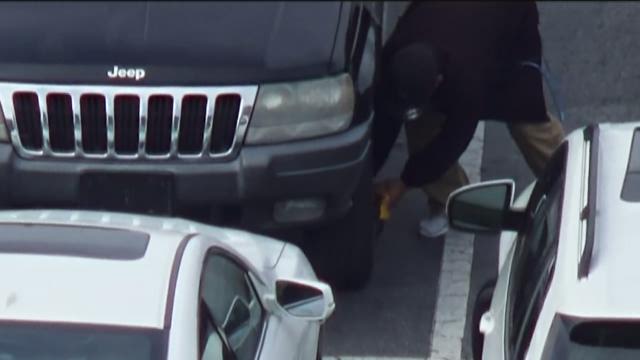 A northeast Georgia legislator has introduced a bill that would limit the fees that vehicle booting companies can charge to $85.

Powell said he was approached by “legitimate members of the booting industry,” who said they were tired of “outlaw businesses that charge exorbitant rates.”

“The businesses that approached me represent this industry, and they wanted more specifics for consumers and a cap on fees,” Powell said.

"Once they got a boot on your car, you're at the their mercy," he said. "You’ve got to pay them first before you get any due process.

"Imagine the agitation someone goes through when they've been booted, then to find out it could be a $200 or $400 fine."

The bill also prohibits companies from booting a vehicle unless posting warning signs that are at least 18 by 24 inches with the following language:

RELATED | How Atlanta drivers are getting the boot

Vehicle immobilization employees would also be required to wear uniforms clearly identifying them as such, including their photos.

The bill would also require booting companies to staff a 24-hour telephone line. It also would require impound companies to release vehicles within one hour after the fine has been paid by the vehicle’s owner or driver, and provide a receipt featuring the company’s name, address and telephone number.

"This bill basically sets a standard," Powell said. "It's more of a consumer bill than anything. The industry has spoken in favor of this. They want this issue to be regulated."

The bill also restricts operators with criminal records and puts the enforcement under the Department of Public Safety, which runs the Georgia State Patrol and the GBI.