What was meant to stop unlawful fines for those legally passing a school bus on a divided highway added a new interpretation that could put bus riders in danger. 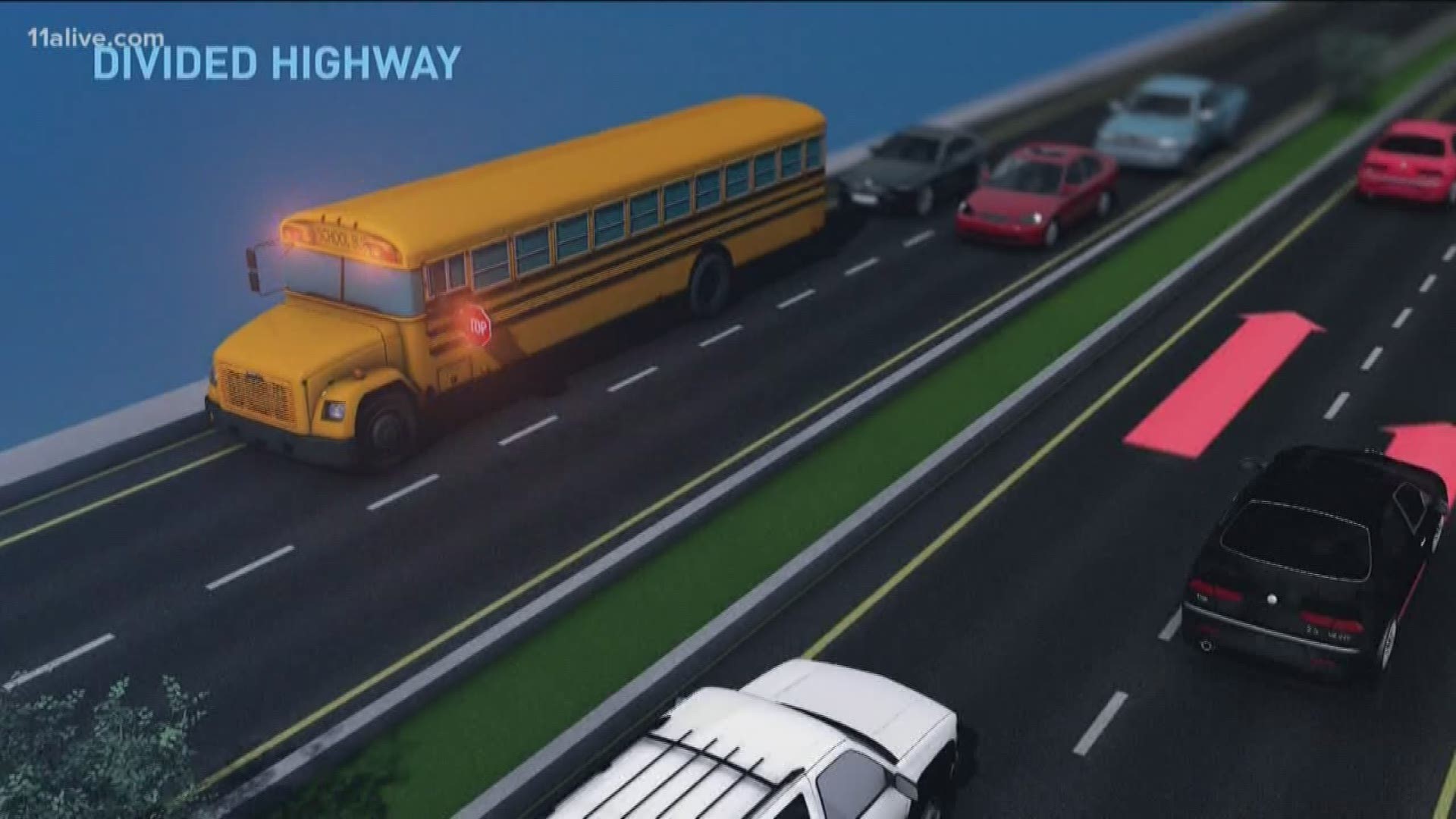 ATLANTA -- An attempt by Georgia legislators to clarify a law meant to protect school children may have inadvertently put them in more danger, a top state school official said.

Drivers and officers have been wrestling with the specifics of a new Georgia bus law for months – specifically pertaining to when, exactly, drivers are required to stop for a school bus stop arm. Now, the very people who oversaw writing the original law have issued changes that are meant to simplify that answer.

State Rep. Christian Coomer of Cassville said he sponsored the bill back when it only dealt with cameras in school zones. He said the part about clarifying the school bus stop arm law was added when the bill went to the State Senate.

“The language was requested because there had been an unequal application of the existing law across the state,” he said. “In some places, the law was being read in such a way that people on divided highways were being cited for not stopping if the school bus was on the opposite side of the divided highway.”

He said this was not the intent of the law.

“We know across the state that school buses are organized in such a way that children are picked up and dropped off on the same side of the divided highway as the bus is traveling,” Coomer said. “So, you won’t have a situation where the child is being let off the school bus and then directed to travel across multiple lanes of traffic on a divided highway to get home.”

But the latest interpretation by the Georgia Attorney General’s Office of their proposed solution may have uncovered an unintended consequence. In an unofficial opinion, Attorney General Chris Carr said that the revised law no longer requires cars traveling on large highways to stop if there is some form of dividing lane between them.

"Georgia law does not require a vehicle traveling on a three or five lane road divided by a center turn lane to stop for a school bus that is stopped on the opposite side of the road with its visual signals engaged."

Previously, only motorists on the other side of a grass or concrete median could keep driving. The new law expands that to include turn lanes, Carr said.

For State School Superintendent Richard Woods, that omission is a serious safety concern.

“In my role as leader of the Georgia Department of Education, I maintain my position that this change in law does not reflect best practices to ensure student safety, and could endanger Georgia’s kids as they travel to and from school,” he said.

Woods said he plans to urge lawmakers to reverse the change in the next session adding that “we cannot put our students’ safety at risk.”

► From joyride to school bus wreck: How a prank could have turned deadly

What's next for the school bus stop arm law?

Coomer explained that the school bus additions to the law he backed in the Georgia House actually muddied the waters rather than clear them when the bill finally passed both chambers.

“What happened was they wrote the new law in such a way as to make it more ambiguous rather than more clear and that’s created the problem” he said.

Coomer said the legislature will reconvene in January and revisit the law, however, if the state were to gather earlier for a special session, the bill could be added to the list.