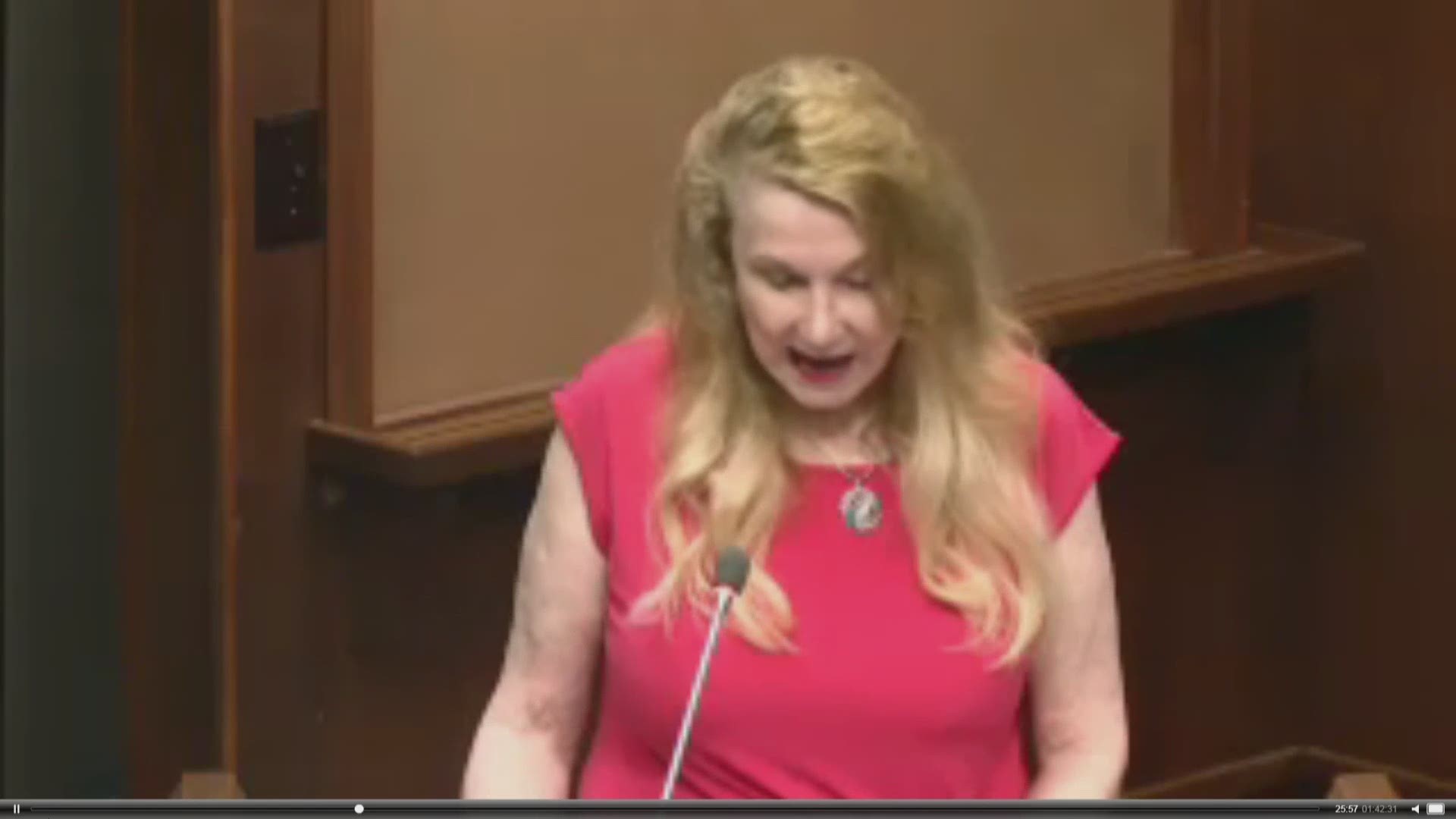 MARIETTA, Ga -- Cobb commissioners deferred a decision Tuesday about naming a local park after a Confederate general after a local resident told commissioners the Civil War “wasn’t about slavery.”

East Cobb resident Mary Stevens said keeping the name of Gen. Joseph Johnston out of the park’s name would be “historically inaccurate.”

After Stevens’ comments, Commissioner Lisa Cupid said the proposal to name the 103 acres as “Mableton’s Chattahoochee River Line Park” was being tabled, saying that "additional voices" have come to light.

“I feel more bolstered toward ensuring there’s a name that’s more neutral, but giving the public the opportunity to digest it and weigh in will make me feel better about how we move forward,” Cupid said.

But, "I was deeply offended by some of the statements made this morning by the previous speaker," Cupid said.

Stevens said African-Americans served in many different roles, and gave the commissioners historical documents of their many reunions after the war.

“Had it been so bad for the freed slaves, they would have left the South,” Stevens said.

On Wednesday, Cupid said she'd received correspondence "that indicated that there may be broader public perspective on the proposed name Mableton's Chattachoochee River Line Park which was was put forward out of a collaboration between two organizations, the Riverline Historic Area and the Mableton Improvement Coalition.

Here is the rest of Cupid's statement to 11Alive:

"The Mableton Improvement Coalition and the Riverline Historic Area held contrasting views on the naming of the park prompting the Board of Commissioners to table making a decision on the initial proposed name on March 27, 2018.

"The initial proposed name, Mableton Discovery Park, was supported by the Mableton Improvement Coalition, the Cobb Parks and Recreation Board and a majority of residents that both spoke at the Board of Commissioners meeting on March 27 and emailed my office prior to the meeting. The name, however, was not supported by persons who believed the park name should reflect the historic significance of the park as it relates to the Civil War.

"I appreciate the efforts of both organizations to come together to reach compromise. Residents will have more opportunity to weigh on on this matter via my newsletter and a public meeting prior to supporting a final name, which is likely be the name of the park for generations to come."