Democrats say flipping 16 of 180 seats is within reach 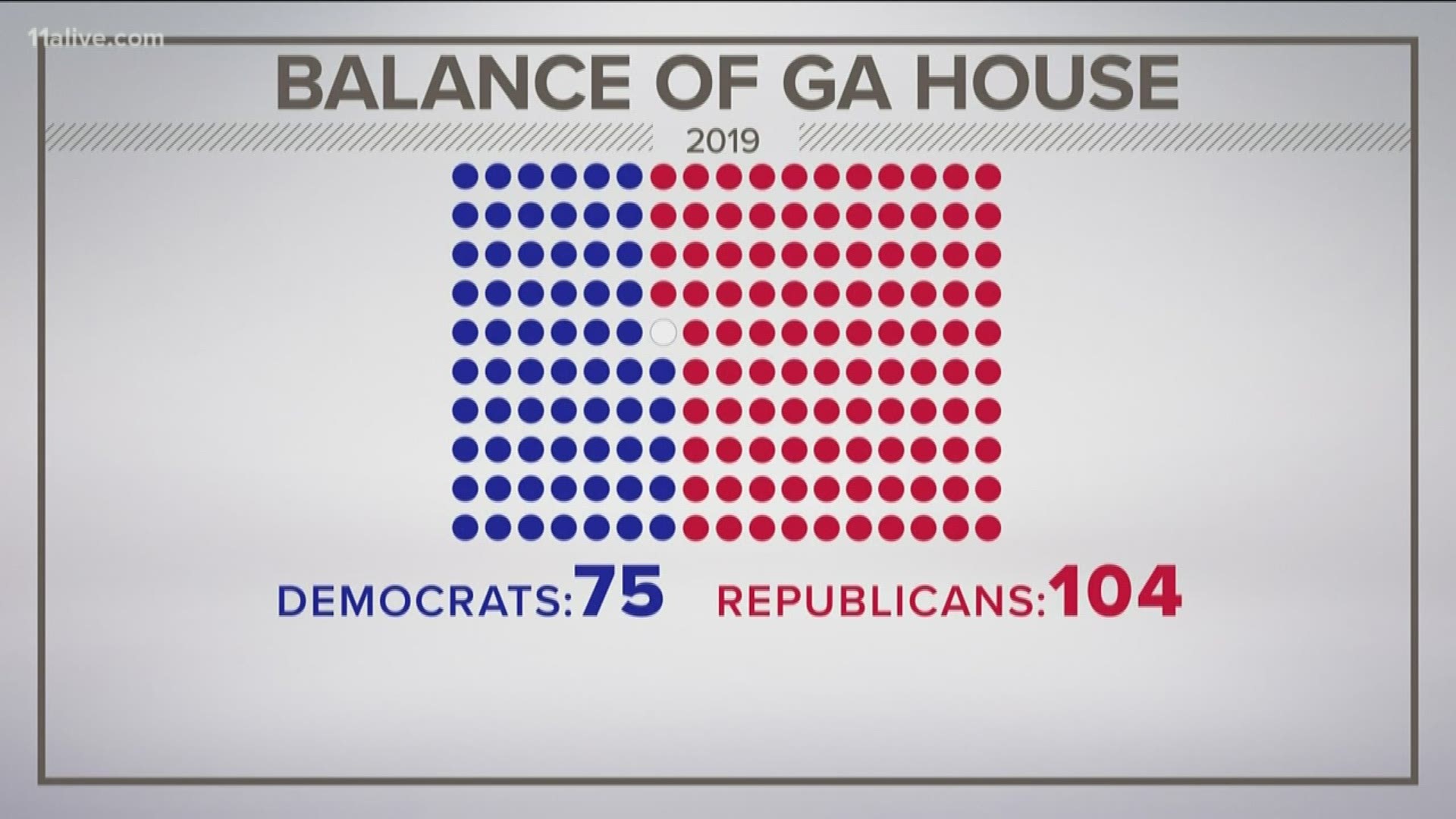 ATLANTA — It's often noted that Georgia Republicans maintain an iron grip on state power. But Democrats think they may have found a weakness on next year’s ballot.

While Republicans rule both chambers of the Georgia legislature, Democrats see an opportunity in the state House of Representatives to pull off a series of upsets in 2020 – and win control of the chamber.

Democrats ruled the state House of Representatives for most of Georgia’s history. But by 2004, Republicans had flipped the 180 seat House dramatically. They have held it ever since. By 2018, Republicans had a nearly two-thirds majority.

But Republican strategist Brian Robinson thinks Democrats won’t be able to flip enough Republican seats to get control of the House.

"Are Democrats going to pick up seats? Mathematically, it’d be hard not to," Robinson admitted. But "the next ten seats are going to be a bigger hurdle for the Democrats than the last ten seats."

If Republicans lose control at the Capitol, they’d also lose control of redistricting—which shapes how the two parties share power for 10 years.

"This is more important than a typical election because it doesn’t just determine the next two years" of power, Robinson said. "In many ways, it determines the next twelve."

RELATED: After massive Mississippi poultry plant raids, could Georgia be next?

Redistricting takes place following the 2020 census. Redistricting determines how the political map is drawn. The party in power always draws the map to favor its continuation of that power. Democrats did it in when they held power. Republicans did it at the start of this decade.

The question is whether Democrats can grab enough seats to stop them from doing it again.

Trammell says the contested districts will likely be mostly in the Atlanta suburbs. Robinson says voters there can expect to see extensive direct mail, voice mail and door-to-door campaigning, much of it funded by national groups connected to both political parties.