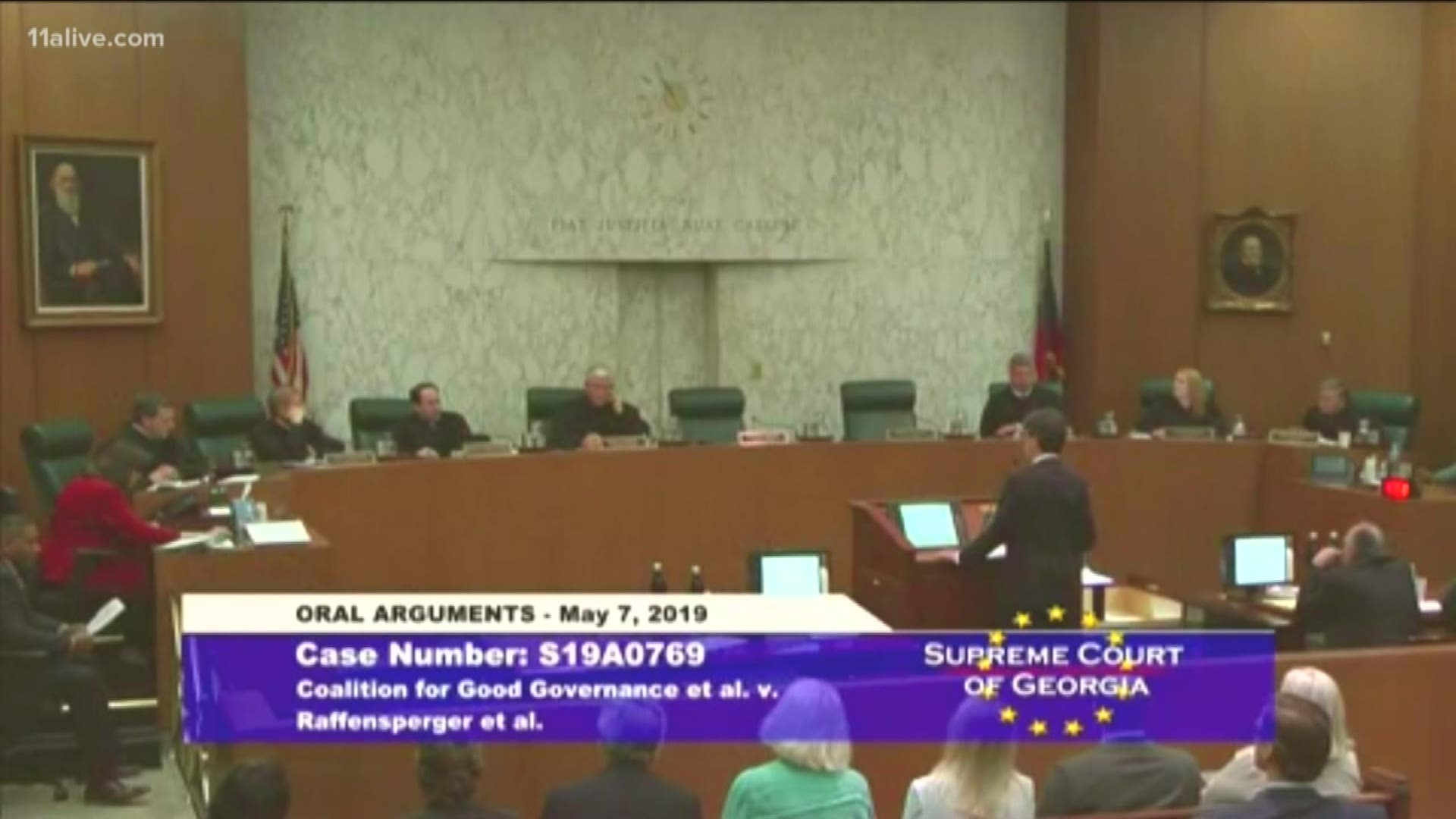 ATLANTA — It wasn’t a landslide, but last November’s vote put Geoff Duncan in the Lieutenant Governor’s office by about three percentage points.

Yet, a group of Georgia voters said there was something fishy about Duncan’s election. The state supreme court said Thursday they couldn't prove it.

There were slight drops in the vote totals for attorney general and insurance commissioner, but they didn't come close to the deflated vote total for Lieutenant Governor.

It means more than a 100,000 people apparently skipped the Lieutenant Governor’s race to vote for Secretary of State — which never happened the previous three elections.

So, why would all those voters skip that particular race? Plaintiffs in a lawsuit told the state supreme court: Blame the voting machines.

"The evidence in this case is that there was a 99.99 percent chance it was something about the electronic machines," attorney Bruce Brown told the justices in May.

But the plaintiffs could not prove the machines were at fault. The computerized voting machines Georgia has used since 2002 can’t be audited – a flaw, noted by Justice David Nahmias.

"The state says, 'we have a black box. We’ve tested it. Trust us. It works exactly as we say it does',” Nahmias said in May.

But the old machines did misfire. When Brian Kemp went to his home precinct in Clarke County to vote for himself for governor last year, the machine at the Winterville depot he tried to use wouldn’t work.  A poll worker had to direct him to another machine that did work.

At the supreme court, the government argued voters may have inadvertently skipped the lieutenant governor’s race.

"It does come down to the issue of math, and the first is that we had an unprecedented number of new voters that voted in this particular race," said attorney Ed Lindsey, arguing for the government.

"Why would 'new voters' explain a drop-off in (the Governor's race) to the Lieutenant Governor's race, and go back up for (the Secretary of State's race) and down the line?" Nahmias asked Lindsey.

The court upheld the election of Duncan, Thursday.  And with new voting machines in the offing in 2020 – state officials hope this was a one-time controversy.