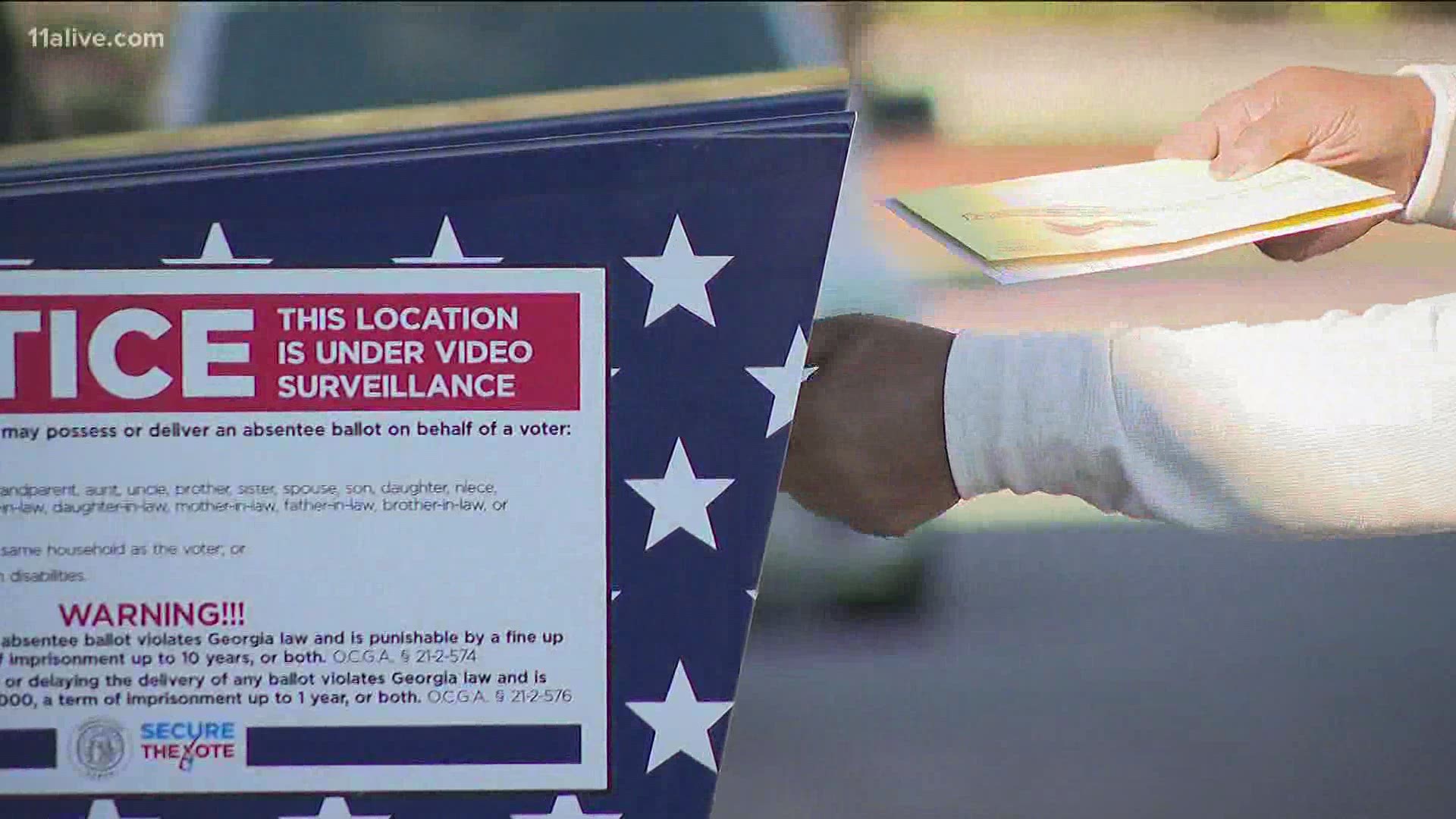 ATLANTA — Critics of a new Republican election bill say it would risk ballot secrecy. Backers say it would enhance election security.  The bill, SB 232, would put a serial number and bar code on individual absentee ballots.

"We do it with money," state Sen. Marty Harbin (R-Tyrone) told the Senate Ethics Committee on Wednesday, indicating the serial number on a $100 bill.

Backers argue that because currency has a serial number, then so too, should an absentee ballot.

"We serialize all kinds of things," Harbin told the committee. "And in any audit process, you have to have the numbers to be able to hold it in an accountability standpoint."

Following his loss in the 2020 election, President Donald Trump repeatedly called on Georgia to do "signature match" searches on absentee ballots. Such a match is impossible, because nothing links the anonymous ballots with the envelopes in which they were delivered.

Absentee ballots in Georgia have three layers of paperwork.

The outer envelope has identifying information – name, and signature – which election workers check.

Inside the outer envelope, each voter places a second envelope, which is supposed to be anonymous.

Under SB 232, this interior envelope would include the new bar code and serial number.

Inside the interior envelope, is the ballot itself, which would also contain a matching bar code and serial number. Backers of SB 232 say the barcoded inner envelope and ballot would not able to be traced to the identifying information on the outer envelope.

Critics of the measure worry that the government could find a way to use the information to link individual ballots to individual voters.

"This could actually compromise the secret ballot system altogether," said Christopher Bruce of the ACLU of Georgia. "If you have an identifier identified with the voter, that's not a secret ballot."

Critics say election audits provide better security than this bill seeks -- and that it's another bill meant merely to appease voters who bought into unfounded allegations of election fraud in November.