A new court brief suggests that cities like Atlanta use hand-marked paper ballots in elections this fall instead of the Dominion voting machines. 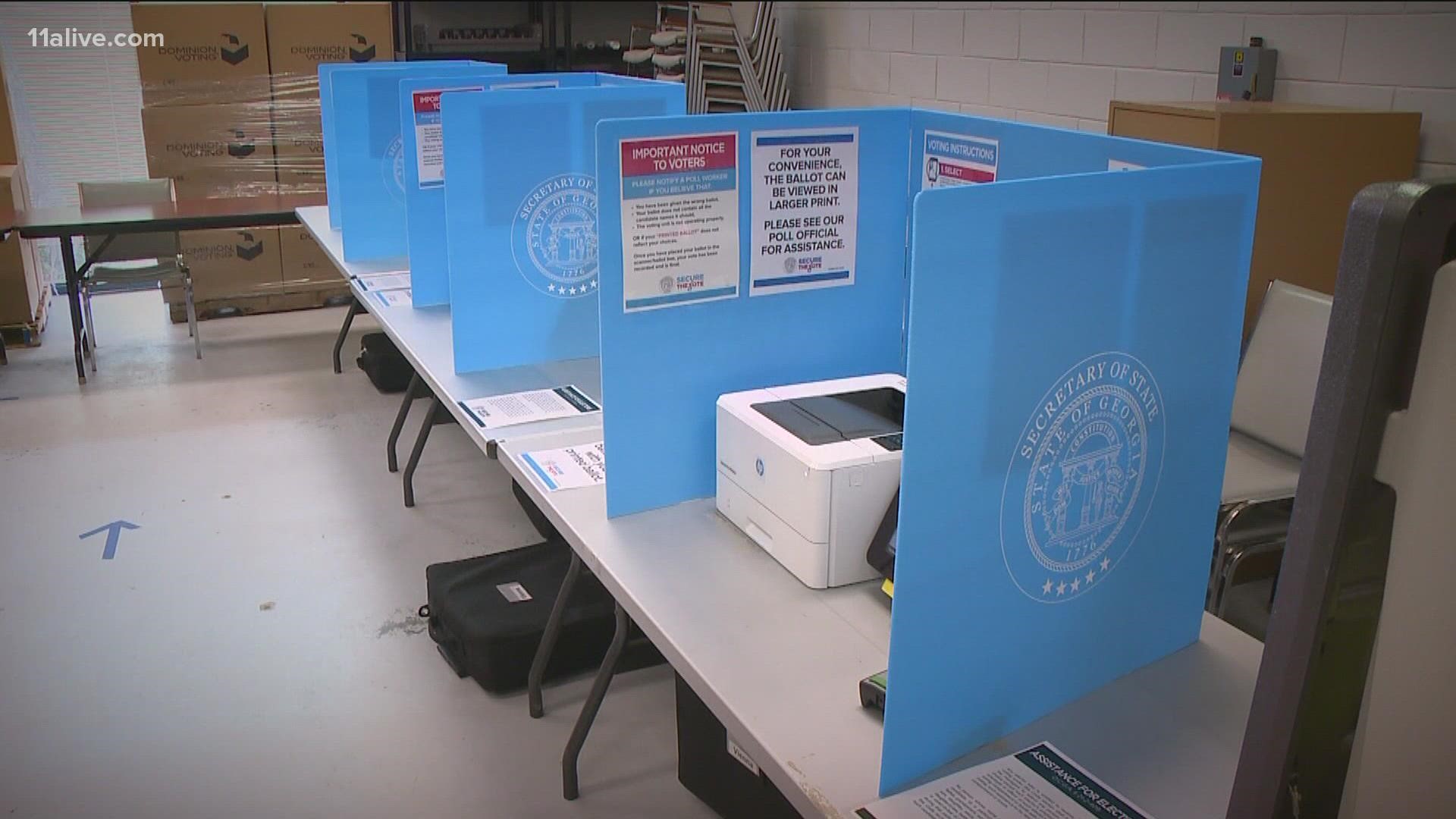 ATLANTA — A new court brief is sounding an alarm from cybersecurity experts about Georgia’s voting system. It suggests that cities like Atlanta use hand-marked paper ballots in elections this fall instead of the Dominion voting machines purchased by the state in 2019.

This critique is separate and distinct from the unsubstantiated complaints that claimed election fraud in November. The concerns posed by cybersecurity experts say Georgia is asking for trouble by continuing to use the state’s voting machines.

"I’m one of the cybersecurity professionals that think the more computers we have in the (election) system, the more vulnerable it is," said Dr. Rich DeMillo, the founder of Georgia Tech’s new College of Cybersecurity.

DeMillo says the state’s voting system can be hacked through networks or by infecting a machine or a printer in a voting booth.

Another computer hacking expert, J. Alex Halderman, wrote a court brief detailing how he experimentally hacked a few of Georgia’s voting machines with the blessing of a federal judge. The court sealed the report to avoid tipping off real hackers how to do it.

"My report demonstrates that Georgia’s (ballot marking devices) can be manipulated so that both the barcodes and the printed (ballot) text indicate the same fraudulent selections. No audit or recount can catch such fraud because all records of the voter’s intent would be wrong," Halderman explained in a brief referencing the report.

The state’s electronic voting machines are set to be used in Atlanta’s city election this year.

Election officials say the machines worked last fall – despite unsubstantiated claims of widespread fraud by former President Trump and some of his backers.

"We are vigilant to the challenges that arise to the integrity of our elections. We are constantly in touch with federal and state security partners to protect our elections and keep them secure and reliable. Georgia’s counties conducted three counts of last year’s presidential election, including a hand count of the printed paper ballots, further strengthening confidence in our system," wrote Ari Schaffer, spokesman for Secretary of State Brad Raffensperger.

Yet Dr. DeMille says one successful election doesn’t undo the threat of a hacked election.

"The analogy we use in cybersecurity is to Russian roulette. If you know there’s a bullet in the chamber, and it didn’t kill you the first time you tried, that’s not an excuse for spinning the chamber again and pulling the trigger," he said.

Despite warnings from cybersecurity experts, the state purchased its voting machines in 2019 and has shown it intends to keep using the machines unless a court or changing political leadership intervenes.