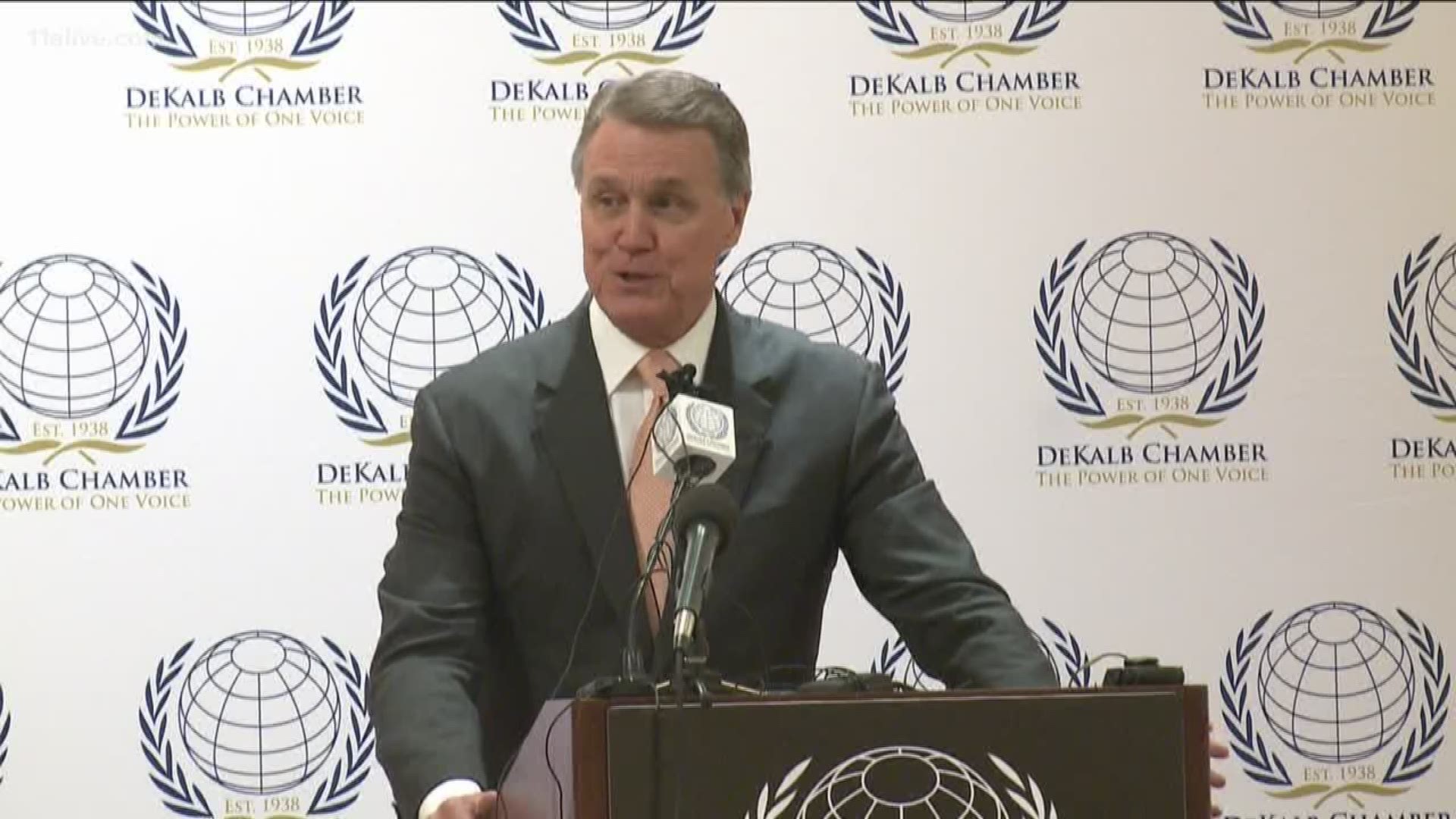 ATLANTA — This year’s election is expected to the be the most expensive in history. And it spotlights a Georgia candidate – US Senator David Perdue (R-Georgia) – who skipped a Senate subcommittee meeting and attended a donor event instead.

Sen. Perdue has raised more than $9 million for his 2020 re-election campaign, according to FEC records.

To get yearly donations from high-dollar supporters, Perdue formed what he calls “the Boardroom,” as disclosed by the Center for Public Integrity.

"It’s pretty standard," said Bullock. Such donors are "buying access. So, you can have face time with the legislator. Or when you call the office, the receptionist puts you through to the legislator. That’s what you’re paying for if you’re a big-dollar donor."

Perdue will be part of a 2020 election projected to be history’s most expensive. In 2008, congressional races across America cost $2.48 trillion. By 2018, that amount more than doubled to $5.73 trillion.

Last year, Perdue had a “Boardroom” meeting scheduled with his biggest donors near the US Capitol Feb. 13 – on what turned out to be a busy workday for senators.

From 2 to 3 p.m., Perdue presided over the Senate. That day, the Senate debated William Barr’s nomination for attorney general.

That afternoon, a Senate Armed Services subcommittee held a sometimes-contentious hearing on a thorny issue over substandard military housing at Georgia’s Ft. Benning and other facilities nationwide.

Perdue is a member of the subcommittee, but he missed the three hour meeting, according to a transcript.  Nineteen senators attended the hearing. Perdue was the only subcommittee member absent.

During the first hour of the meeting – from 2 to 3 p.m. – Perdue was in the presiding officer’s chair in the Senate. From 3 to 4 p.m., Perdue’s staff says he had unspecified meetings with Georgia constituents.

The “boardroom” meeting with campaign donors started at 4 p.m. Perdue joined them while the senate subcommittee hearing continued, in his absence, a few blocks away. The senate hearing concluded shortly after 5 p.m., according to the transcript.

Scheduling a member of Congress can be a juggling act.  Yet, Dr. Bullock says Perdue probably should have prioritized the military hearing rather than the event with donors.

"Missing a committee or subcommittee meeting that directly impacts your constituency – for a fundraiser? Probably not a smart idea," Bullock said, adding that any politician's opponents would search for such lapses and use them in negative advertising. At least three Democrats are vying for the chance to face Perdue in November.

"I’ve been impressed with Senator Perdue and his commitment to the military families," Punaro told 11Alive News.  "I don’t think what counts is how many hearings you go to. What counts is, what are the results that you get?"

Perdue's office sent us a link to a Youtube video showing Perdue, during a committee hearing 10 months later, questioning military officials about lead levels in military housing at Ft. Benning.

Perdue’s office released a statement saying the senator “has taken strong action to improve military housing at bases in Georgia,” but didn’t address his scheduling on Feb. 13, 2019.