Georgia House Speaker calls for amendment to give General Assembly power to pick Secretary of State, not voters

The Speaker made the suggestion during a Thursday press briefing, minutes after one from the Secretary of State's office. 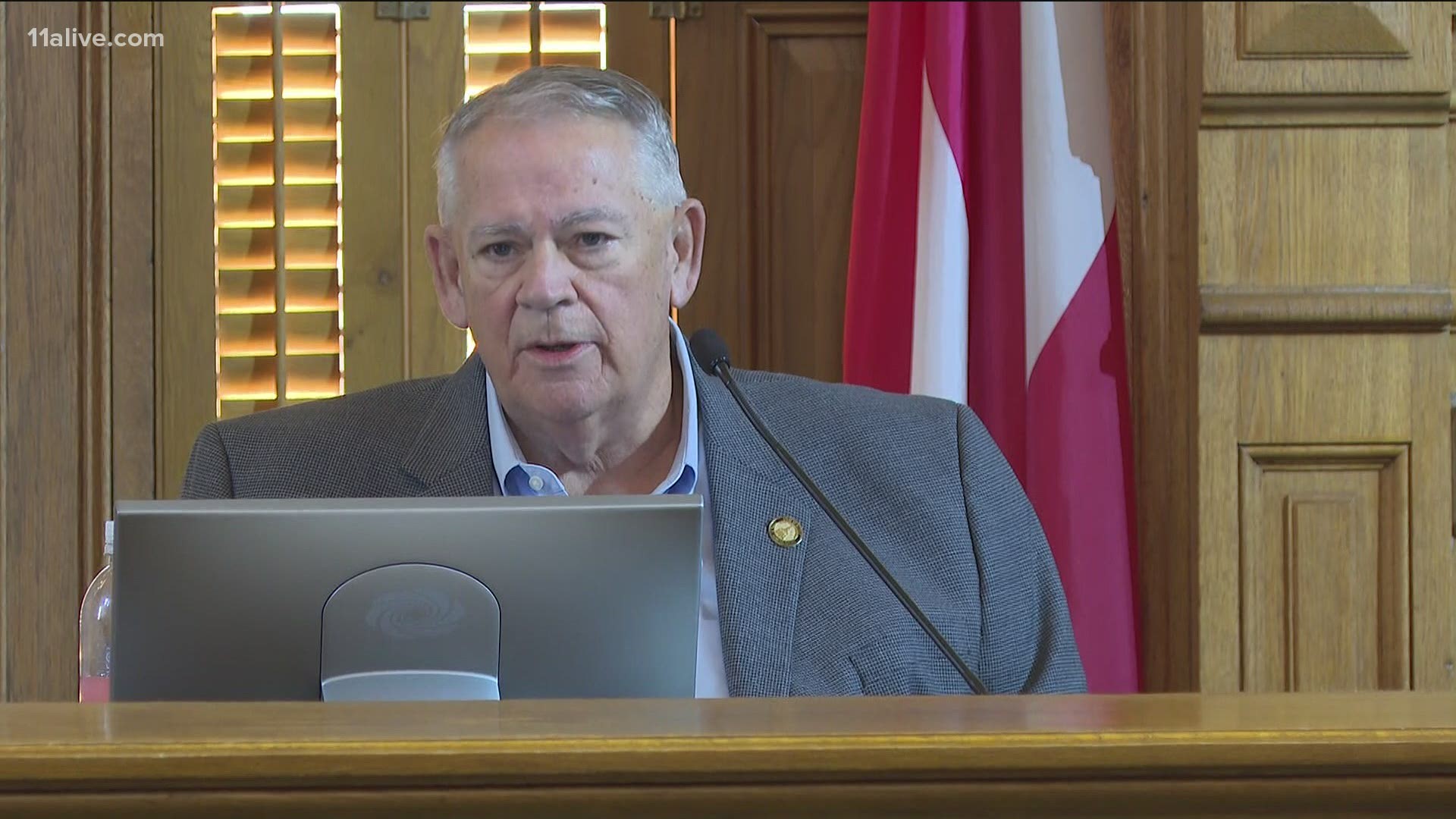 ATLANTA — Georgia House Speaker David Ralston called for the state's constitution to be amended so that the General Assembly - not voters - is the body that selects the Secretary of State.

The Speaker (R-Blue Ridge) made the suggestion during a Thursday press briefing, minutes after one from the Secretary of State's office.

In his remarks, Ralston was critical over correspondence from the Secretary of State's Office in which the office reportedly declined participating in a hearing by members of the state Senate last week on the election. Ralston also claimed that the office rebuffed an invitation to participate in another House hearing, held Thursday.

Ralston said he was "shocked" and "disappointed" that the office did not participate in either.

"As the state’s chief elections official, it is incumbent on the Secretary of State to be responsive to the People’s House and faithfully perform his or her duties in accordance with the laws passed by the General Assembly,” Ralston said.

Ralston proposed a constitutional amendment during next session to accomplish this.

In a response to Speaker Ralston's remarks, Deputy Secretary Jordan Fuchs said what the speaker suggested amounted to a "power grab."

Ralston's comments are just the latest in what's seemingly become a slew of attacks against the Secretary of State's office - led by Republicans - after Georgia voted for Joe Biden in the November presidential election.

President Trump and his fiercest supporters have tried to claim widespread voter fraud happened in Georgia during the election that led to Biden's win, though investigations have found none.

Many Republicans, including the president, have also taken aim at Georgia's laws that allowed absentee ballot applications be sent to all registered voters in the state. Those absentee ballots, favored by Democrats, proved to be instrumental in flipping Georgia blue. Republicans are now eyeing to change the law to limit the use of absentee ballots in future elections.