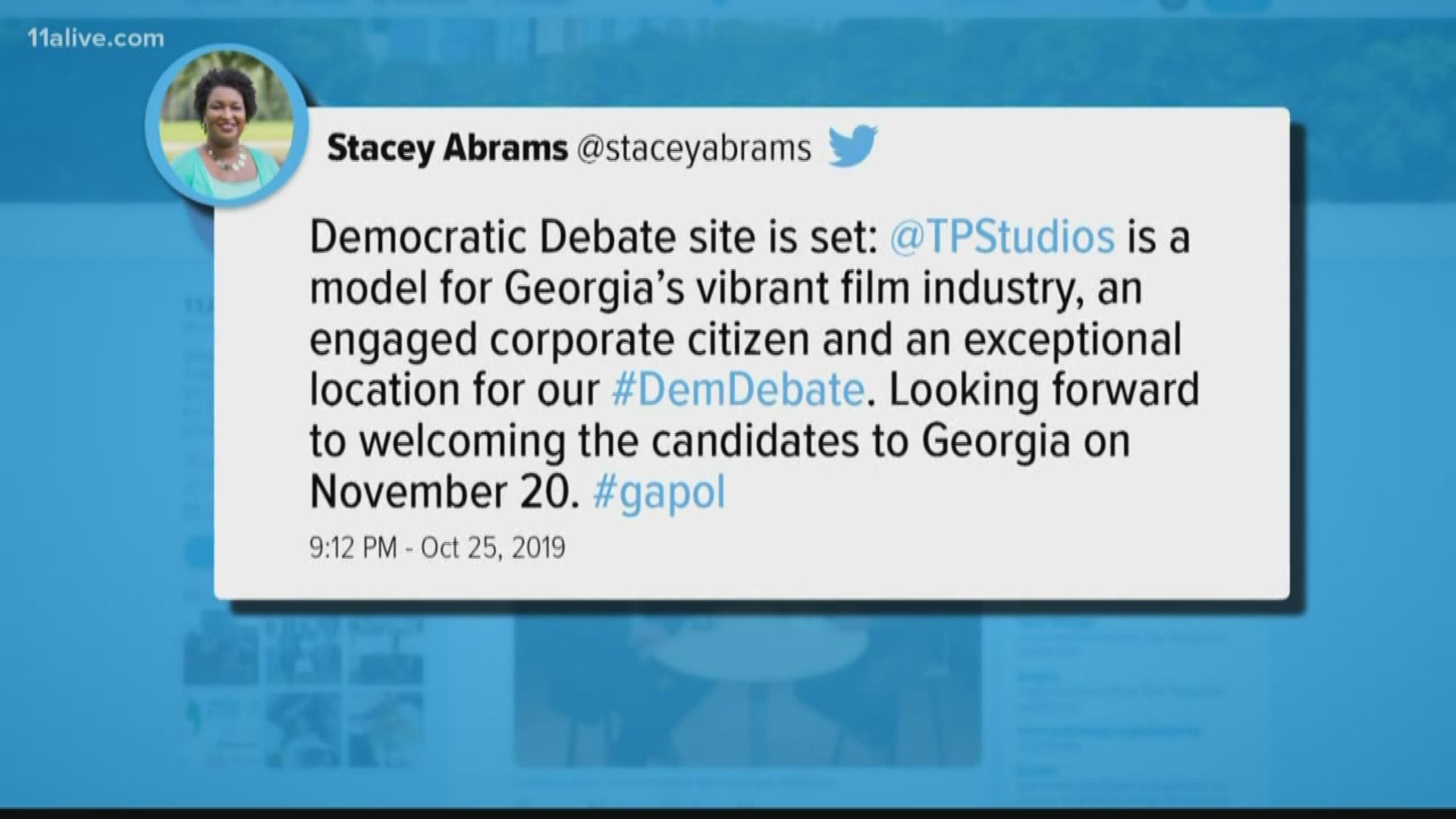 ATLANTA — One of Georgia's biggest Democrats has announced the location of the November Democratic presidential debate that will be held in Atlanta.

"@TPStudios is a model for Georgia’s vibrant film industry, an engaged corporate citizen and an exceptional location for our #DemDebate," she tweeted. "Looking forward to welcoming the candidates to Georgia on November 20."

Tyler Perry and his new studio has gained national attention recently. He held a star-studded grand opening earlier this month for the new facility. The 330-acre lot used to be a U.S. Army base known as Fort McPherson. Perry made history by becoming the first African American man to own a major movie studio.

It's no secret that Abrams has been an advocate for Georgia's film industry. Over the summer, the former gubernatorial candidate traveled to Hollywood after some executives threatened to take their productions out of state when Gov. Brian Kemp signed the controversial "heartbeat" abortion bill into law.

It will air live on MSNBC and will also stream on MSNBC.com and the Post's website as well as across mobile devices via NBC News and the Post's mobile apps.

This is how much presidential candidates have collected from Georgia donors

She texted her father's number on 4th anniversary of his death. This year she got a reply

When the Democratic hopefuls invade Atlanta