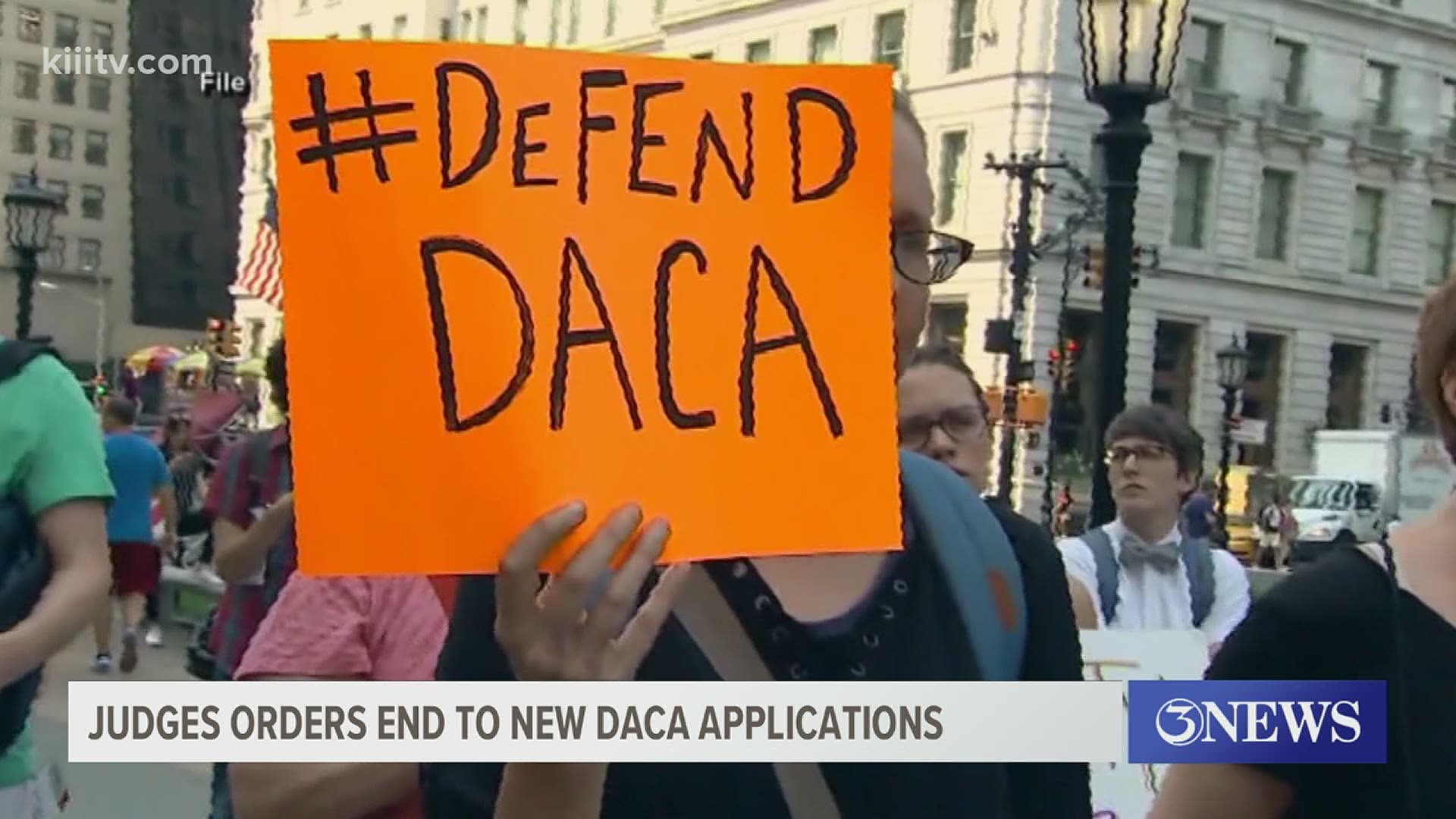 TEXAS, USA — Reaction from the political world poured in Friday night after a federal judge in Texas ordered an end to an Obama-era program that prevented the deportations of some immigrants brought into the United States as children.

Friday's ruling suspended new approvals and leaves more than 81,000 applications pending. Those already enrolled will keep their protections for now.

U.S. District Judge Andrew Hanen was appointed to the bench by former president George W. Bush. He has given the Biden administration three days to post a notice on its website.

The ruling doesn't affect the more than 600,000 people already in the program.

RELATED: 'A blaring siren' for Democrats after ruling halts DACA

Congressman Vicente Gonzalez said the ruling will leave thousands of teens and young adults in limbo and prevent them from accessing legal protections.

The pair sent a letter to senate judiciary committee chairman Dick Durbin, asking for the senate to schedule a markup of a bill that would address the population with the most urgent needs, which they said are active DACA recipients.

For the latest updates on coronavirus in the Coastal Bend, click here.

More from 3News on KIIITV.com: