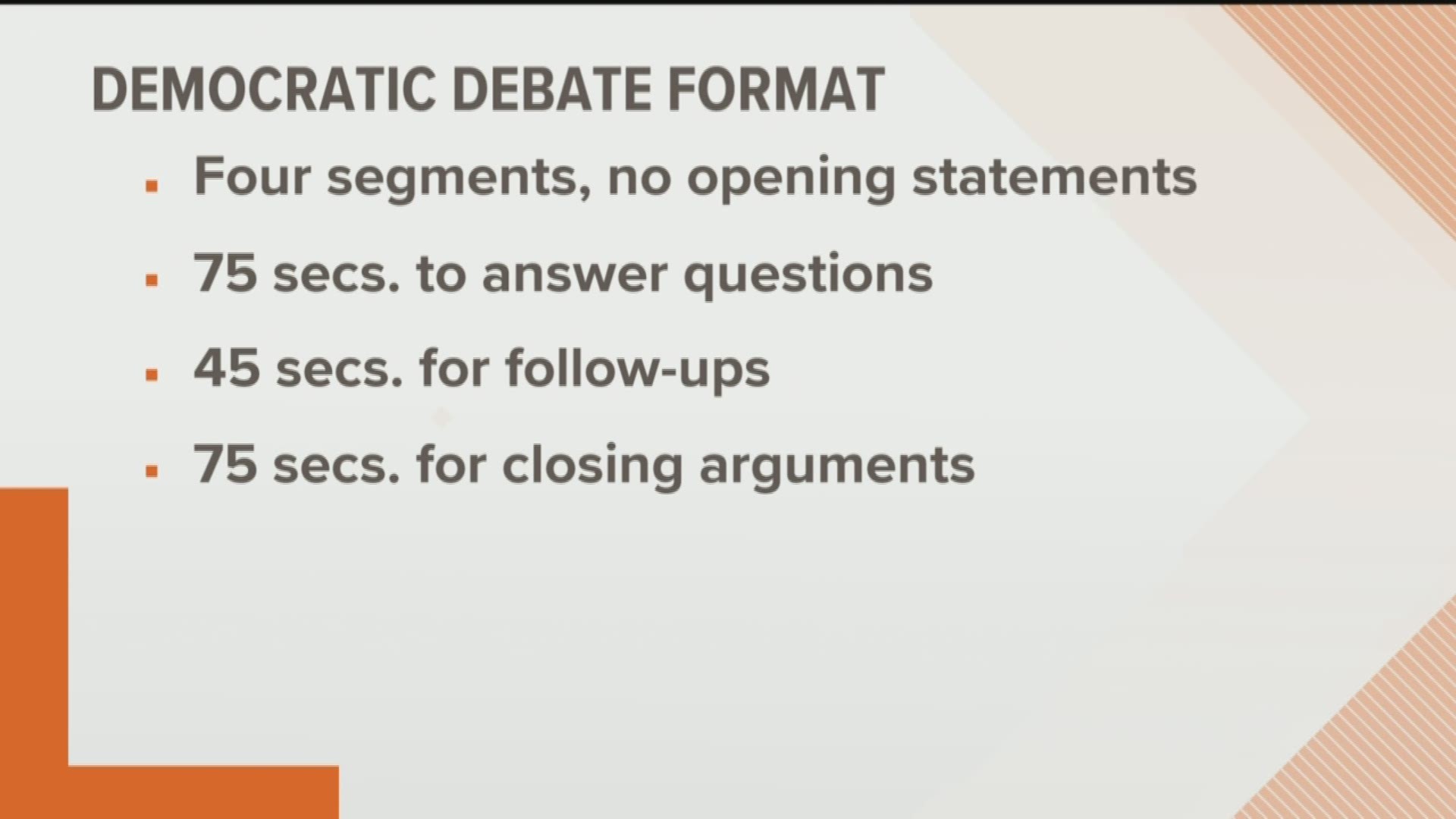 ATLANTA — The upcoming Democratic presidential primary debate in Atlanta will try to address the issue of balance, with 10 candidates set to take the stage and questions of how much time each should be allowed to speak swirling after a review of the last debate showed some candidates dominating proceedings.

The New York Times counted out exactly how much time each of the candidates spoke during the last debate, in mid-October in Ohio, and it revealed stark discrepancies - Sen. Elizabeth Warren lapped the field, speaking for 22 minutes, 47 seconds. Former Vice President Joe Biden also spoke for more than 16 minutes.

On the opposite end the spectrum, entrepreneur and philanthropist Andrew Yang, Rep. Tulsi Gabbard, billionaire Tom Steyer and former HUD Secretary Julian Castro all spoke for fewer than nine minutes.

To address this, the moderators at Tyler Perry Studios on Nov. 20 will look to limit candidates to a more tightly-controlled structure, including:

According to NBC News, it will be broken up into four segments overall, with three commercial breaks.

MSNBC and The Washington Post will be hosting the debate. It will feature an all-female moderator panel, with MSNBC hosts Rachel Maddow and Andrea Mitchell, NBC News reporter Kristen Welker and Washington Post reporter Ashley Parker.