We're getting our first look inside the transformed movie studio. 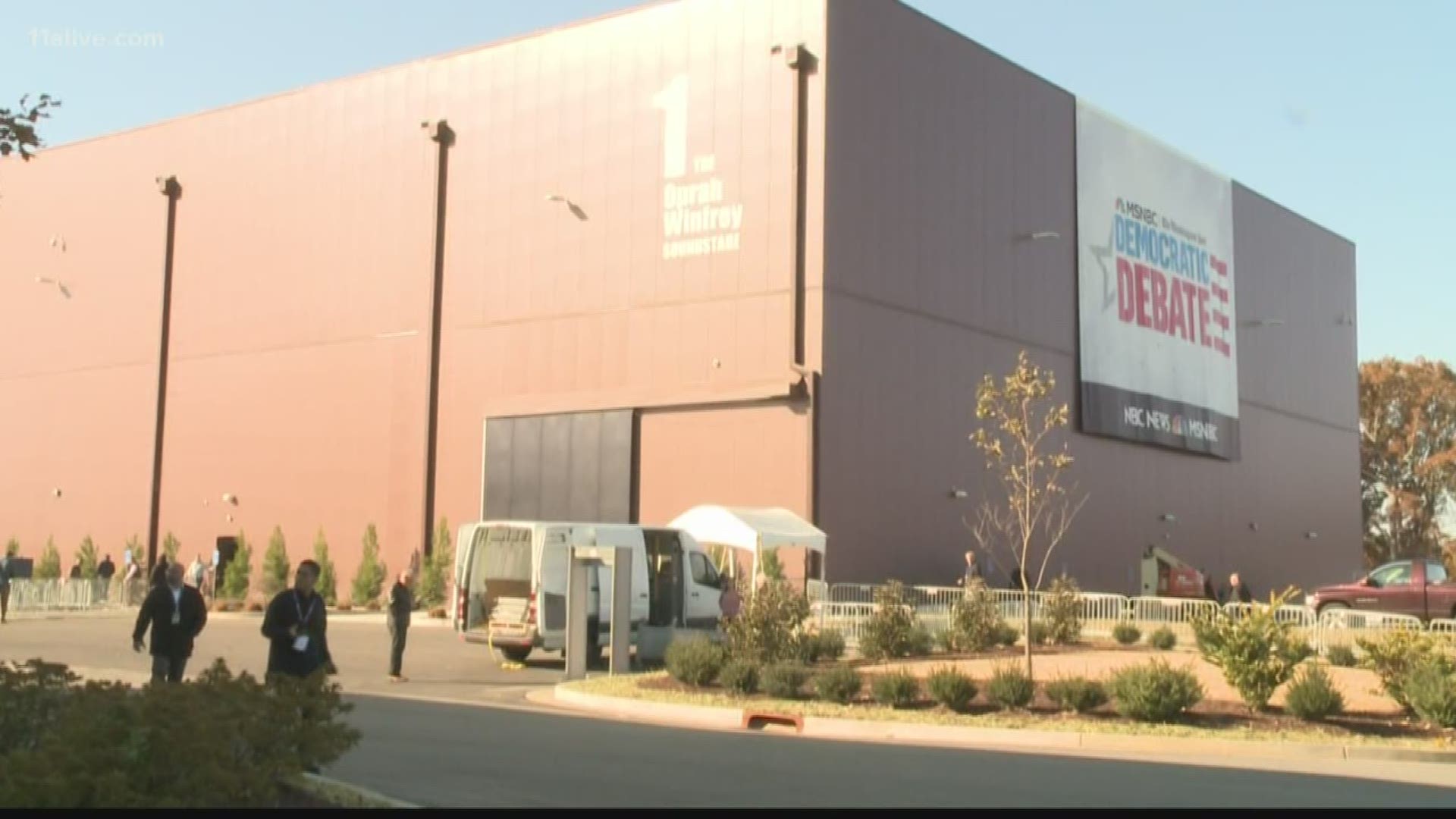 The fifth debate between the candidates happens Wednesday, November 20. MSBNC and the Washington Post are hosting the event.

The debate will take place on a White House-themed set that just two weeks ago was a completely empty Sound Stage One at Tyler Perry Studios.

NBC News Senior Vice President of Specials Rashinda Jones said the candidates' positions on the stage will be set by their polling numbers.

“They’re positioned based on polling, so the candidates with the highest polling numbers start in the middle, and then they fan out," Jones said.

The debates will take place at 9 p.m. Wednesday and will air on MSNBC as well as NBC and Washington Post social and digital platforms.

While the debate is the main event, there are numerous events planned throughout the week. Former President Barack Obama will be in town on the same day, and candidates have plenty of campaign events planned. Here's everything you need to know about the debate and surrounding events in the Atlanta area.