Security described Flowers as a "threat" 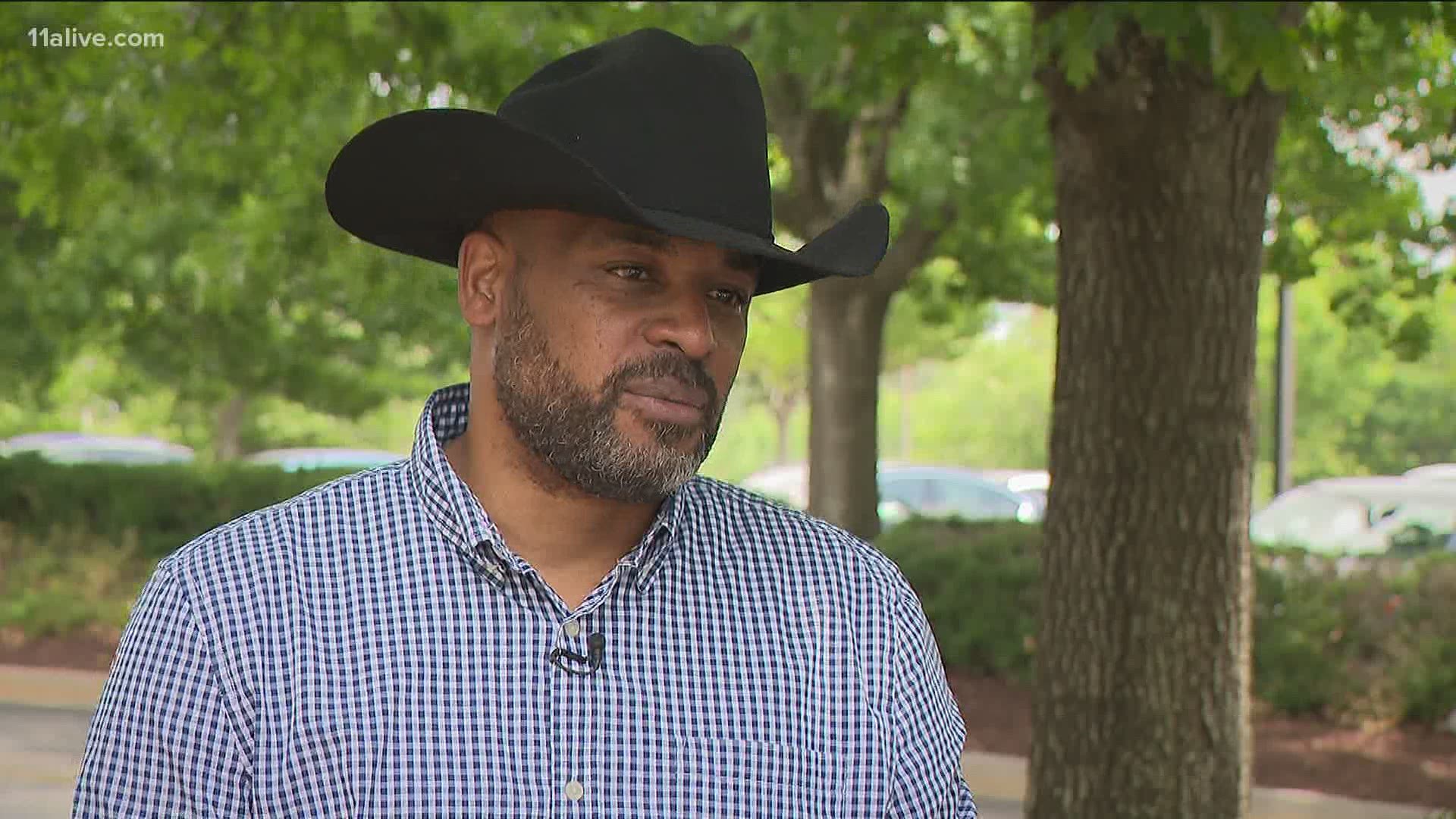 DALTON, Ga. — A Democrat running for Congress got thrown out of a political rally Thursday night because he was considered a threat.

The Dalton rally was hosted by Republican U.S. Rep. Marjorie Taylor Greene. Greene entered the rally to rock music and a roaring crowd.

"I’m asking you to leave," a security guard is seen saying to Flowers on video shot by a Flowers staffer.  The staffer said Greene's "party" identified Flowers.

"My job is to assess a threat," the guard tells Flowers as he asks him to exit.

"I know that her team saw me as a threat. Why? I don’t know," Flowers said Friday.  Asked if he was a threat to steal attention from Greene, Flowers said "You know, that’s possible, but that’s not what I was there for.  I was there to listen."

Flowers is among the folks across the globe who have seen Greene’s attention-grabbing tenure in Congress.  She was stripped of committee assignments and has boasted on social media of her hallway confrontations with Democrats.  Greene recently likened the wearing of masks to Nazi Germany – which drew a stiff rebuke from her own party leader.

During the rally Thursday night, Greene doubled down – comparing Democrats to Nazis.

"You know, Nazis were the National Socialist Party. Just like the Democrats are now a national socialist party," Greene told the Dalton audience.

Flowers, who lived near the Dachau concentration camp site while stationed with the Army in Germany, said Greene ought to pay a visit to holocaust sites to get perspective on Naziism.

"Perhaps I’m a threat to congresswoman Greene’s job. But that’s a conversation for another day," Flowers said.

Flowers has an uphill climb to make good on that. Greene won 75 percent of the vote in her district in 2020.