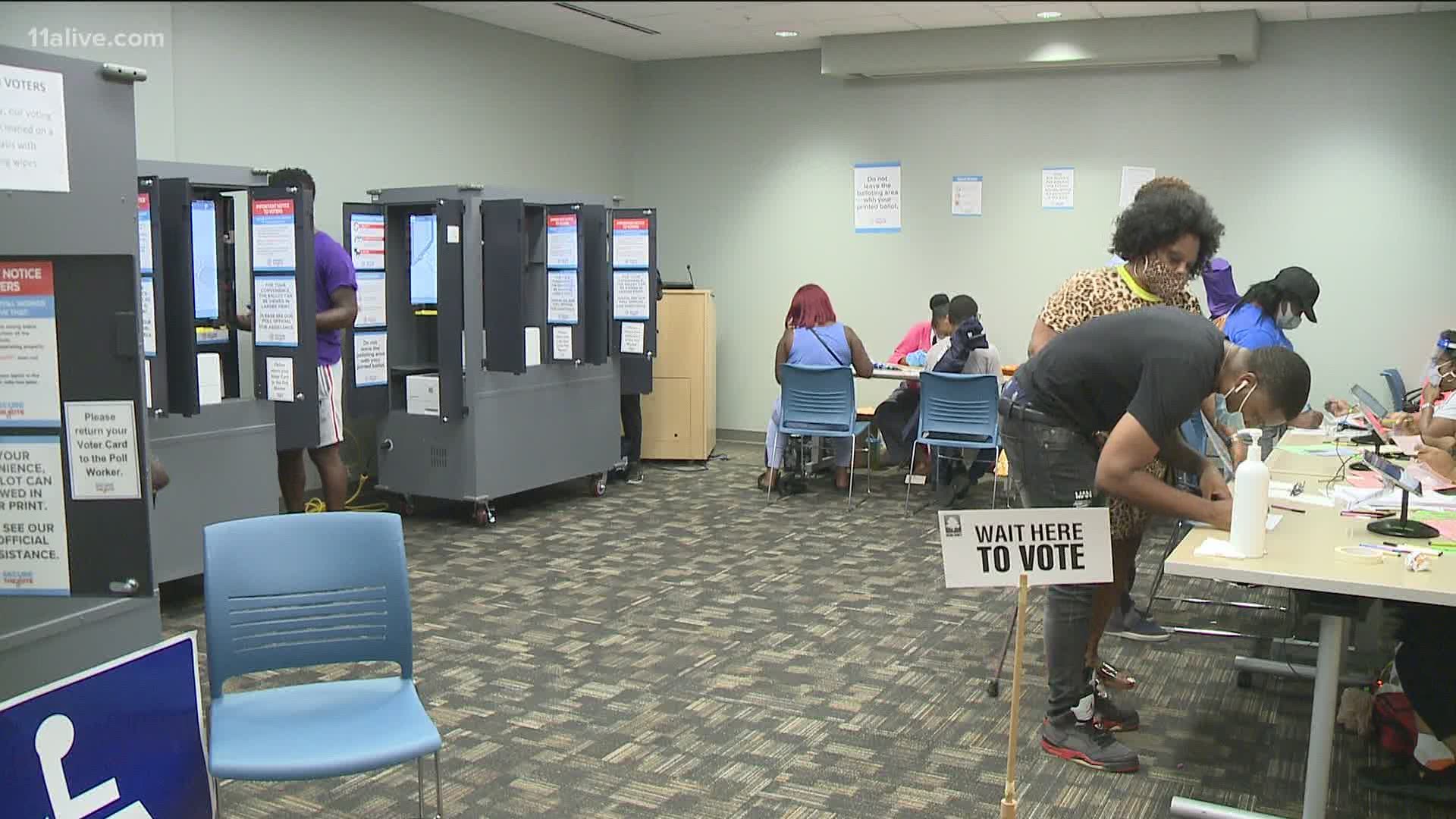 ATLANTA — Three of Georgia’s most prominent Democrats said Monday their party can end the Republicans’ dominance of Georgia politics this election.

The newest reason for Democrats' optimism comes from a place you might not expect.

Georgia Democrats said it shows that Republicans are worried about carrying the state in November.

"When was the last time a presidential candidate – a Republican – had to advertise in Georgia at all? Let alone in June of an election year?" asked former state Rep. Stacey Abrams, who narrowly lost the governor's race to Republican Brian Kemp in 2018.

Abrams told reporters there’s a bright side to the crowds that flocked to precincts for the June 9 primary.  That day, voters had to tell poll workers whether they wanted to vote in Democratic or Republican primary contests.

In the last year and a half, Democrats said 750,000 new voters have registered in Georgia. About 45 percent of them are below the age of 30 and 49 percent are non-white, which are age and demographic groups that analysts say tend to lean Democratic.

"Trump and his allies will be on defense for the remainder of this general election campaign," said Jon Ossoff, who Democrats nominated to face Republican U.S. Sen. David Perdue in November.

"We’ve got to find those folks, get them registered, and then have a turnout effort to get them to the polls – much the way Stacey Abrams did with Fair Fight Action," Robinson said.  "Is (the election) up in the air? Absolutely."

If Democrats can win either of the two U.S. Senate seats up for grabs – it would break a losing streak of 20 years.  Zell Miller was the last Georgia Democrat elected to the Senate.