US Senate runoff may be perilous for Democrats 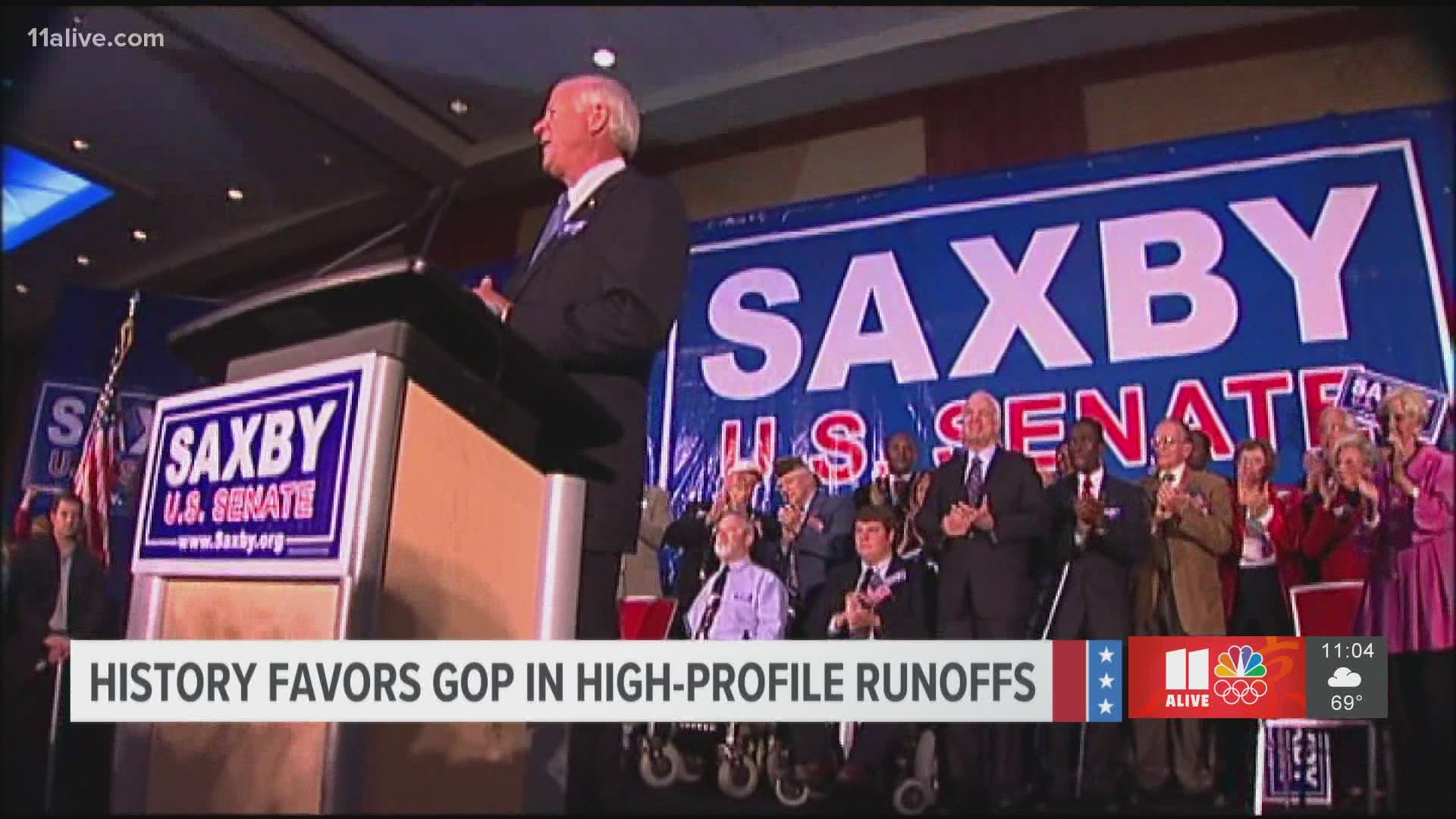 In January, Republican US Senator David Perdue will square off against Democrat Jon Ossoff and Republican Sen. Kelly Loeffler will face Democrat Raphael Warnock.  The runoffs will take place because no candidate won a majority of the vote on Nov. 3.

Go back to 1992, another presidential election with a Georgia US Senate race.

The same thing happened in 2008 – another US Senate race in a presidential election year.

Republican Senator Saxby Chambliss prevailed in November with 49.8 percent of the vote but was still forced into a runoff with Democrat Jim Martin.

That runoff – on the Tuesday after Thanksgiving – saw the Democrat Martin’s vote total plunge by 48 percent. Chambliss’s total dropped by only 34 percent. It easily returned the Republican to the Senate.

Like 2020, those elections were pivotal presidential election years.  Voters in both parties -- but especially Democrats -- simply lost interest in the US Senate runoffs.

And it could happen again in January.

"There were people who showed up strictly to vote against Donald Trump in the election. They don’t have reason to show up in January for a senate runoff," said Republican strategist Mike Hassinger.  "Democrats tend to show up at a much lower rate in runoff elections as they do in generals. It’s a historical fact. Nobody’s ever found a good reason why. It just happens."

Between now and the January 5 runoff, there will be gobs of local and national attention -- and advertising money -- funneled into Georgia’s two US senate runoffs.  Democrats could rewrite history – as they did November 3, when they gave Democrat Joe Biden enough votes to win Georgia's 16 electoral votes.

The last time a Democratic presidential candidate prevailed in Georgia was in 1992.  Bill Clinton won Georgia.  But Democrat Wyche Fowler lost his US Senate seat in a runoff.