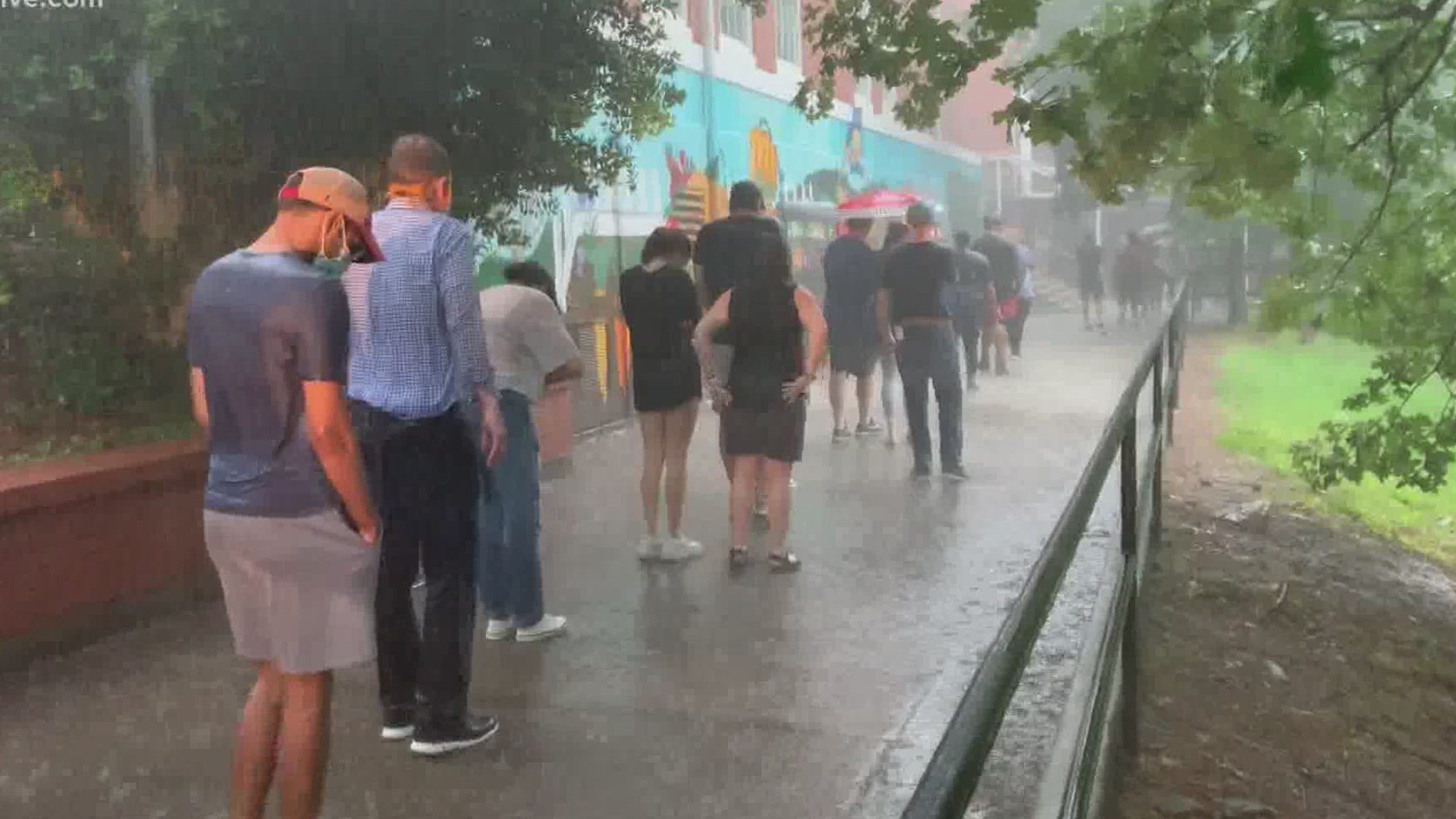 For weeks, state officials had tried to encourage voters to skip in-person voting because of the COVID pandemic – which has made the process much slower once you get into the precinct.

At Garden Hills Elementary school, hundreds of voters waited in lines throughout the day. The lines snaked around the school toward the adjacent International School.  A late morning thunderstorm thinned the crowd somewhat -- but at least 200 got soaked because they chose not to depart.

State officials had encouraged voters to use absentee ballots -- and mailed applications to every voter in Georgia.

But Fulton County had its own hurdles in getting the thousands of absentee ballots mailed in time.  And voters who hadn't gotten them chose to scramble to vote in person.

Fulton County has posted a map with those locations here.