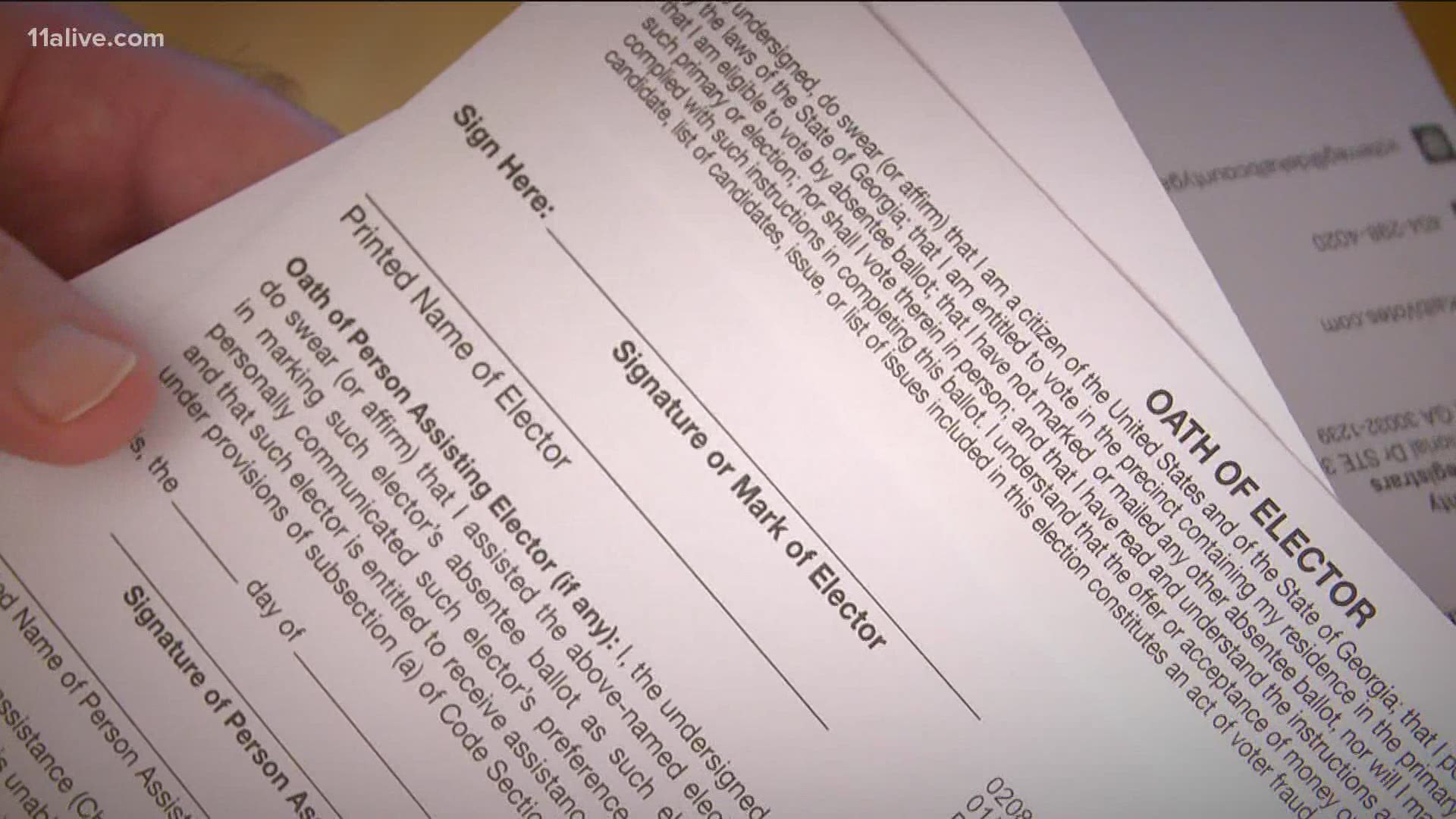 ATLANTA — Five bills geared toward changing Georgia election law advanced out of a Georgia Senate committee on Thursday, with even more bills expected to be introduced.

It happened during another pre-dawn meeting involving the Senate committee hearing election bills. Unlike Wednesday's subcommittee hearings, this one was fully announced in advance before the committee passed the measures.

"We’re eliminating the signature match requirement, which is in current code," state Sen. Larry Walker III (R-Perry) told members of the Senate Ethics Committee on Thursday. "I don’t see this as a partisan issue."

Republicans still want voters requesting absentee ballots to provide valid identification first. Walker said a valid ID could include a utility bill or a bank statement -- this is in addition to state or federally issued photo ID cards.

The ID requirements wouldn't apply to the online application portal on the secretary of state's website.  But in order to use that site, visitors are required to use a valid driver's license number.

Republicans on the committee passed the absentee voter ID bill on a party-line vote.

They also passed bills that would allow the state to take over in counties struggling with election administration. Another bill was passed that would require counties to announce how many total votes had been cast shortly after the polls close.

"You heard people complaining. They kept hearing county boards of election saying 'well, we have found another x number of thousand ballots, et cetera. No, we don’t know our total. There’s another batch of ballots being found out here,'" said state Sen. Bill Cowsert (R-Athens). "Citizens have a right to know what's the total number of votes cast and what's the type of votes? And we ought to be able to know that by the close of election day."

After a slow start, Republicans are now prioritizing bills that they say would tighten voter security – and which Democrats describe as voter suppression.

"Most of these bills are based on falsehoods," said state Sen. Sally Harrell (D- DeKalb County). "All these stories about massive amounts of voter fraud -- these bills are a reaction to those stories."

But the chairman of the committee handling the measures contended the problems are real.

11Alive News has counted 70 election bills pending. Many already overlap and more are expected to be consolidated over the next 21 days of the legislative session.