Scroll below for updates. 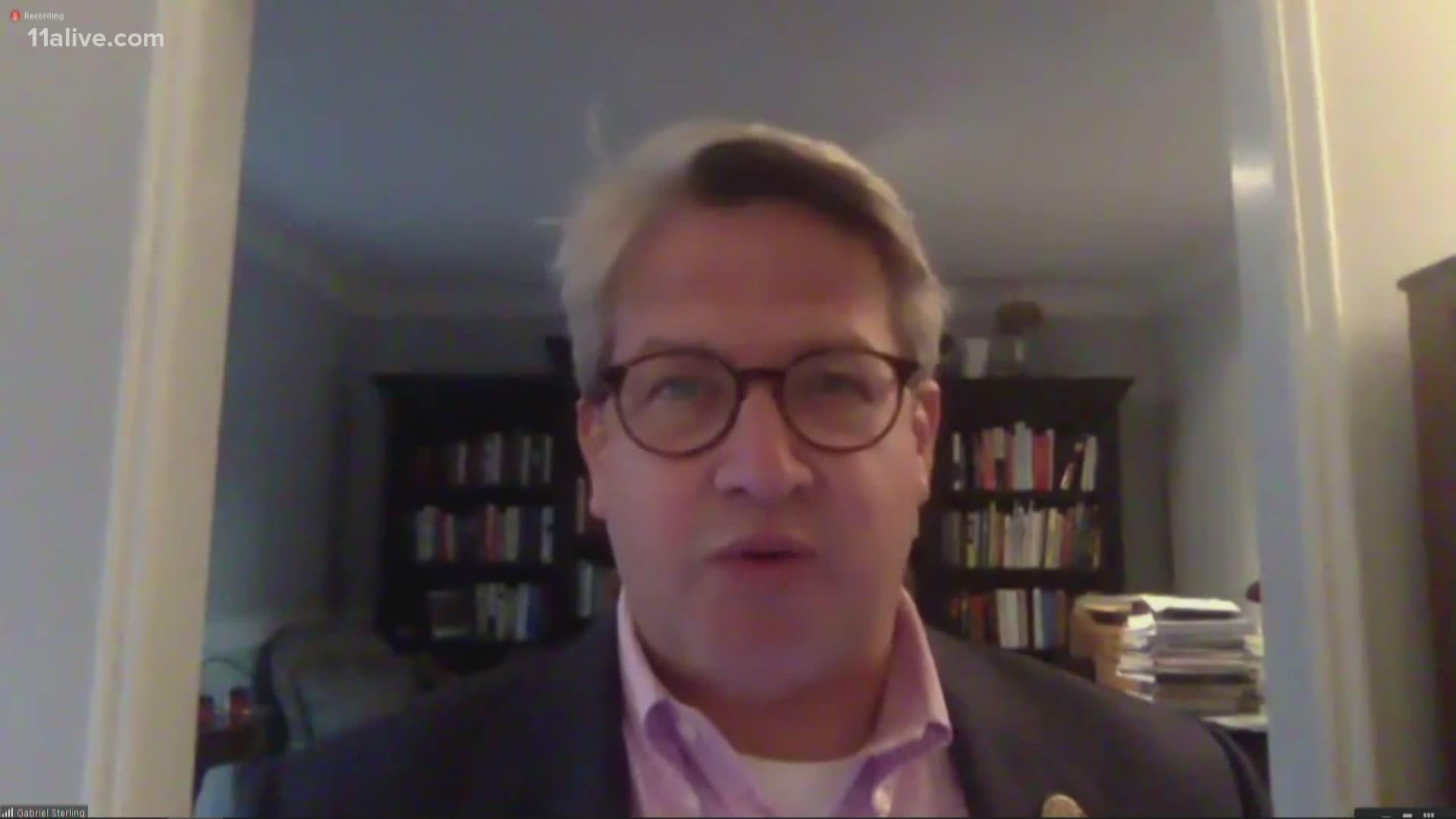 ATLANTA — Below is an archive of our blog from Nov. 16

A historic audit of Georgia’s election continues after it launched on Friday. It’s a hand retally of the state’s nearly 5 million ballots cast in the general election on Nov. 3. It’s the largest audit in the country’s history to be conducted by hand.

This is all in an effort to validate the close results in the presidential race. In Georgia, President-elect Joe Biden leads President Donald Trump by less than 0.5%.

Some counties are providing live video streams of their retally process.

8:30 p.m. | Gabriel Sterling with the Secretary of State's Office tweeted the unofficial breakdown of those 2,600 previously uncounted ballots from Floyd County that were discovered during the election audit.

That measures out to a net gain of 778 votes for President Trump. Joe Biden still leads the president by more than 13,000 votes.

Here is the unofficial breakdown of the ballots that weren’t originally uploaded I Floyd. 1,643 votes for Pres. Trump, 865 for former VP Biden and 16 for Libertarian Jo Jorgensen. That is +778 for President Trump that will be reflected in the certified result. #gapol

7:00 p.m. | Clayton County said it is moving the location of where it will conduct its hand re-tally of votes in order to have the appropriate social distancing.

As of this hour, the county said it has re-tallied at least 94,000 ballots. Officials said they expect to meet the Nov. 18 deadline.

"I can confirm that approximately and additional 2600 ballots were counted during the hand count. It is believed that the issue was with a faulty scanner, but that is still under investigation. We don't have a breakdown on those ballots at this time that were discovered during the process of hand-counting.

6:20 p.m. | 11Alive's political analyst Mike Hassinger had this to add on the latest developments: “This is exactly what a recount/risk-limiting audit is designed to find."

6:05 p.m. | Here's a more condensed explanation of what happened - and how the uncounted ballots were discovered - from Gabriel Sterling with the Secretary of State's Office:

Below were the previous results for Floyd County, Georgia, certified by the county before an uncounted memory card with the 2,600 ballots were discovered.

The Secretary of State's Office estimated there was a roughly 800-vote net gain for President Trump after the 2,600 ballots were discovered.

5:15 p.m. | The Secretary of State's Office is holding a press conference after 2,600 ballots were found in Floyd County that had not been scanned on election night.

The Floyd County incident is currently estimated to change the lead by around 800 points in President Trump's favor, according to SoS which would leave Biden with a lead of more than 13,200 *at this point*

Re-watch the press conference below.

1:40 p.m. | Democratic nominee Jon Ossoff said he agreed to participate in six debates with Sen. David Perdue, including one with 11Alive News. However, Perdue's camp tells us he will not debate Ossoff ahead of the January runoff.

"I strongly stand with Kelly & David. They are both great and MUST WIN!," the President said.

I strongly stand with Kelly & David. They are both great and MUST WIN! https://t.co/eqr95Lc2aC

8 a.m. | People are checking in at the Gwinnett Co. elections office. Officials say they are nearly done (not specific about how many ballots are left to retally). Observers (public) and monitors (affiliated with the party) are on hand to eye the process.

5 a.m. | Cobb County is nearing completion of its re-tally. "No issues or anomalies have been discovered."

Things to note from Sunday night