'It's my duty': Here's why you said you were voting in this year's election

We asked Georgia voters WHY they decided to vote. 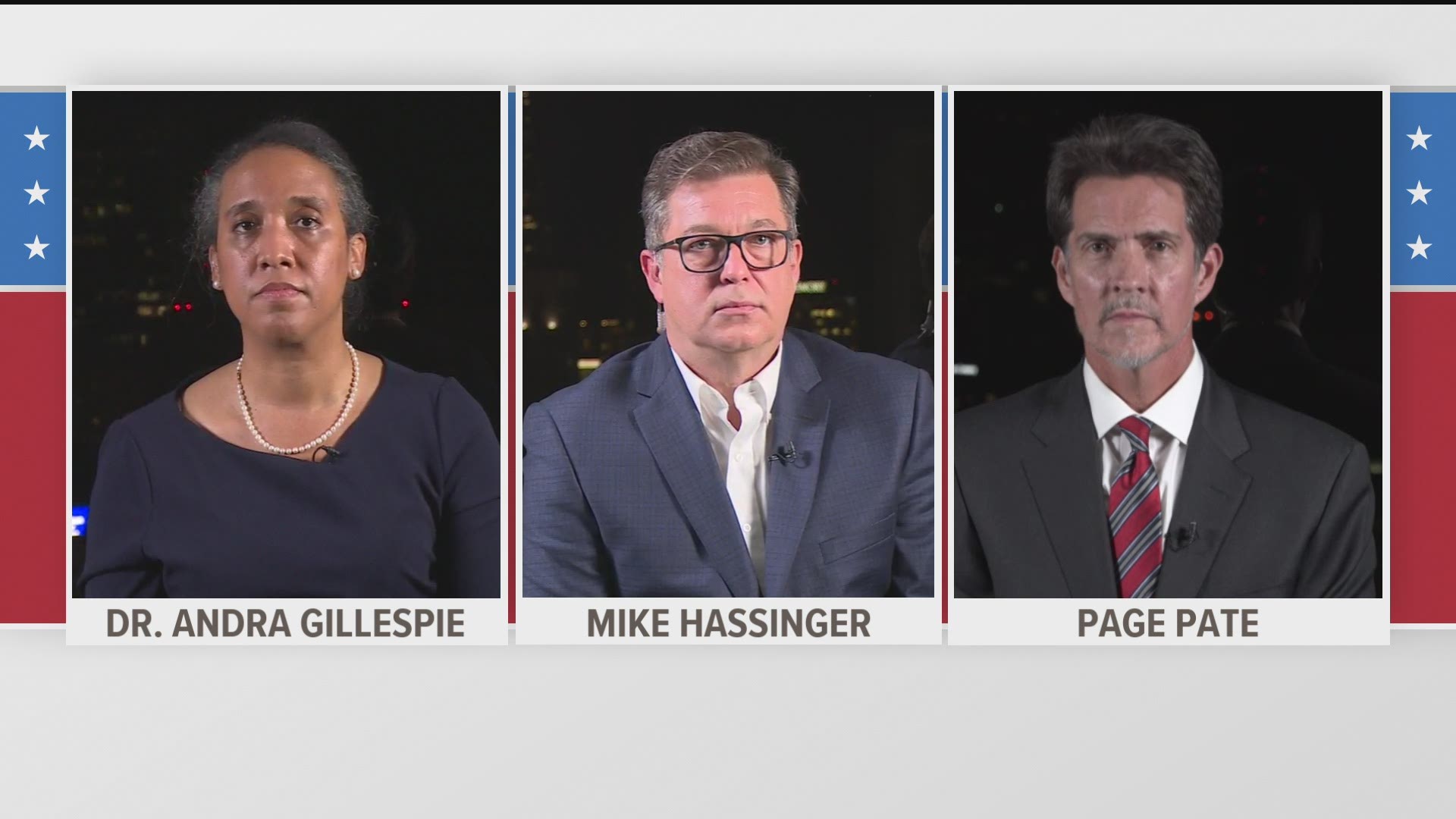 ATLANTA — After much anticipation, Election Day is finally here.

Voters have endured long lines, braved a pandemic and more for this year's elections.

Millions have already cast ballots early across the state, shattering records - both in Georgia and across the nation. But, according to voters, this year's election is more impactful than many others in recent memory.

11Alive is Where Atlanta Speaks. We asked Georgia voters WHY they decided to vote. Here are some of the responses.

Carolyn Guidry. "I vote because it's important for me to have people in politics who value life at all ages and stages."

Kathy Canterbury Barnes. "I voted because I am blessed with the privilege to do so and because I love this great country and I do not take for granted my right to vote and so I honor that right and that privilege and that blessing."

Hassan Thomas. "I voted because my grandparents didn't have that right until 1965 which isn't that long ago, 5 of them are still living. #JohnLewis"

Teresa Baxter. "It's my duty as an American Citizen. I won't be intimidated or pushed away from my right! Everyone needs to exercise this right."

Sue Glaskey. "To honor those voices that were suppressed in the past and to create a better country and planet for future generations."

Kristi L Thompson. "I vote because the generations before me were lynched, bitten by dogs, sprayed by firehoses, whipped etc... so I could have the freedom to vote. And for that I will vote every time."

Erika Gray. "I always vote! It’s my right and privilege as a citizen of the USA. A right that I take seriously. From 18 to now 51, I have performed my civic duty. Too many amazing people fought, bled and and died for this right."

1 / 13
AP
A poll worker talks to a voter before they vote on a paper ballot on Election Day in Atlanta on Tuesday, Nov. 3, 2020. (AP Photo/Brynn Anderson)

Jason Frazier. "I voted since I was able to at 18. I’ve never missed an election. It’s part of my rights that I want to always exercise. I want a voice in the way my local, state, and federal government is run."

Karen Kilpatrick. "As an American, it is my duty to vote. I vote each and every election and am teaching my children the same. I was proud to vote today so my voice can make a difference."

Doris Matthews. "I marched in the Civil Rights movement and was subjected to teargas, dogs, and fire hoses to get the right to vote when I was a young girl. I went through too much Not to vote! Voting to me is sacred!"

Tomeka Posey. "Because my little brown boys shouldn’t have to live in fear because of the color of their skin."

Regina Thompson. "Why did I vote? As opposed to not voting at all? It's a privilege. I've voted in every election since I was 18. The real question is WHY NOT?"