Here's when the 2020 Georgia election results will be certified

Here's what comes after the unofficial vote counting is done. 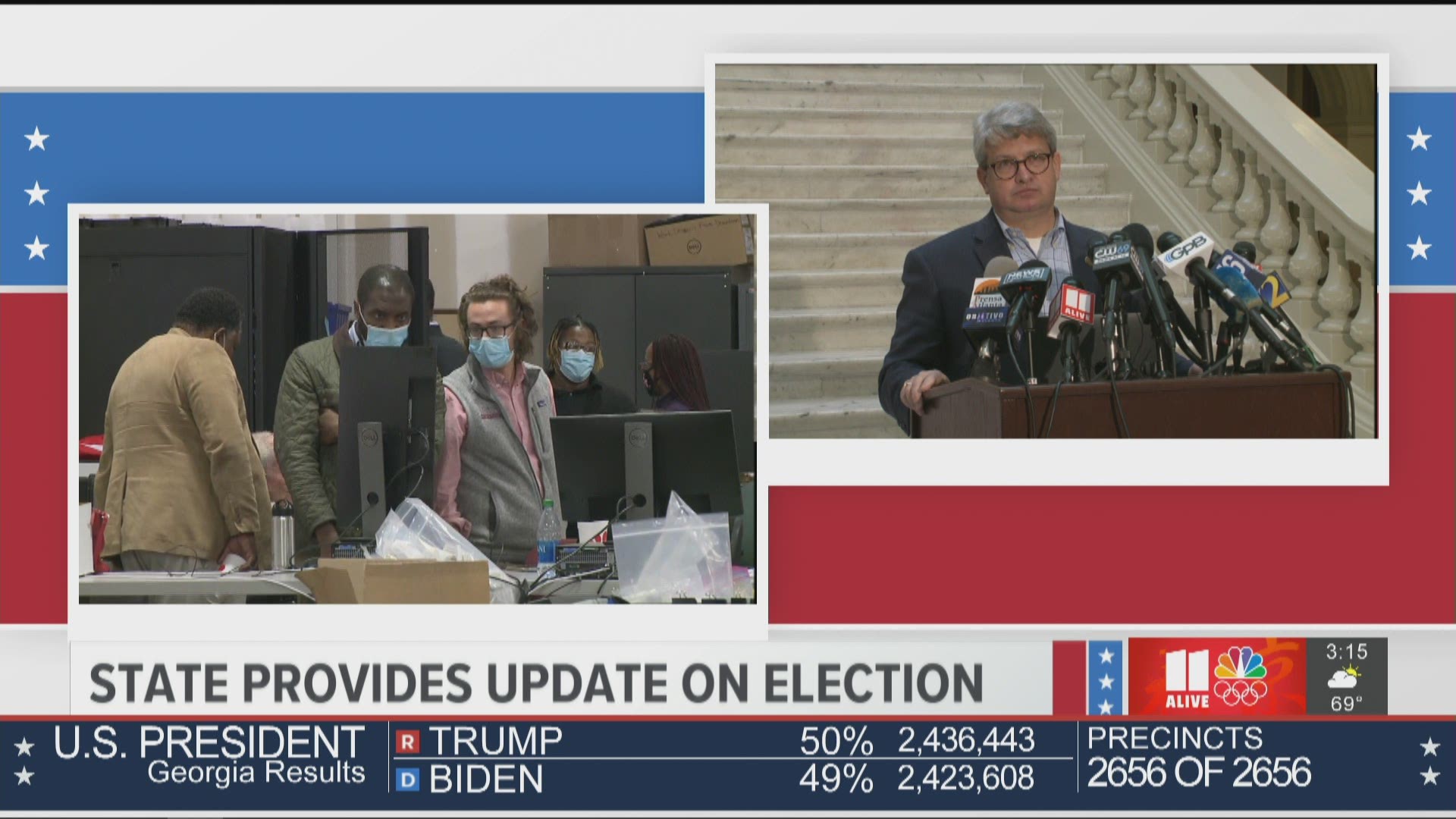 ATLANTA — In the days after the Nov. 3 election, workers and officials are diligently counting each vote cast in Georgia.

Most of the state's 159 counties are finished tallying the unofficial results of how those votes were cast, but some counties in the most populous metro area are still tabulating outstanding absentee, provisional and military ballots.

But what comes after the unofficial counting is done?

Those votes must then go through a process of canvassing, then certification. "American politics encyclopedia," Ballotpedia, describes the process as this: "in which election officials verify that each ballot cast in the election was correctly counted. Certification is the process by which the results of an election are made official."

In Georgia, individual counties have 10 days after the election day to certify the results of the vote. That date for that this election cycle is Nov.13.

After the votes are certified on a county level, they are then sent to the Secretary of State's office, which then has to certify the votes cast for all the candidates on both the state and local level "not later than 5:00 P.M. on the seventeenth day following the date on which such election was conducted." That date for this election cycle would be Nov. 20.

After that, the results must be sent to the Governor.