Georgia officials contact 8K people who may have moved out of state but requested ballots for Jan. 5 election

According to Sec. of State Brad Raffensperger, illegally voting in Georgia while a resident of another state is a felony punishable by jail time and/or a fine. 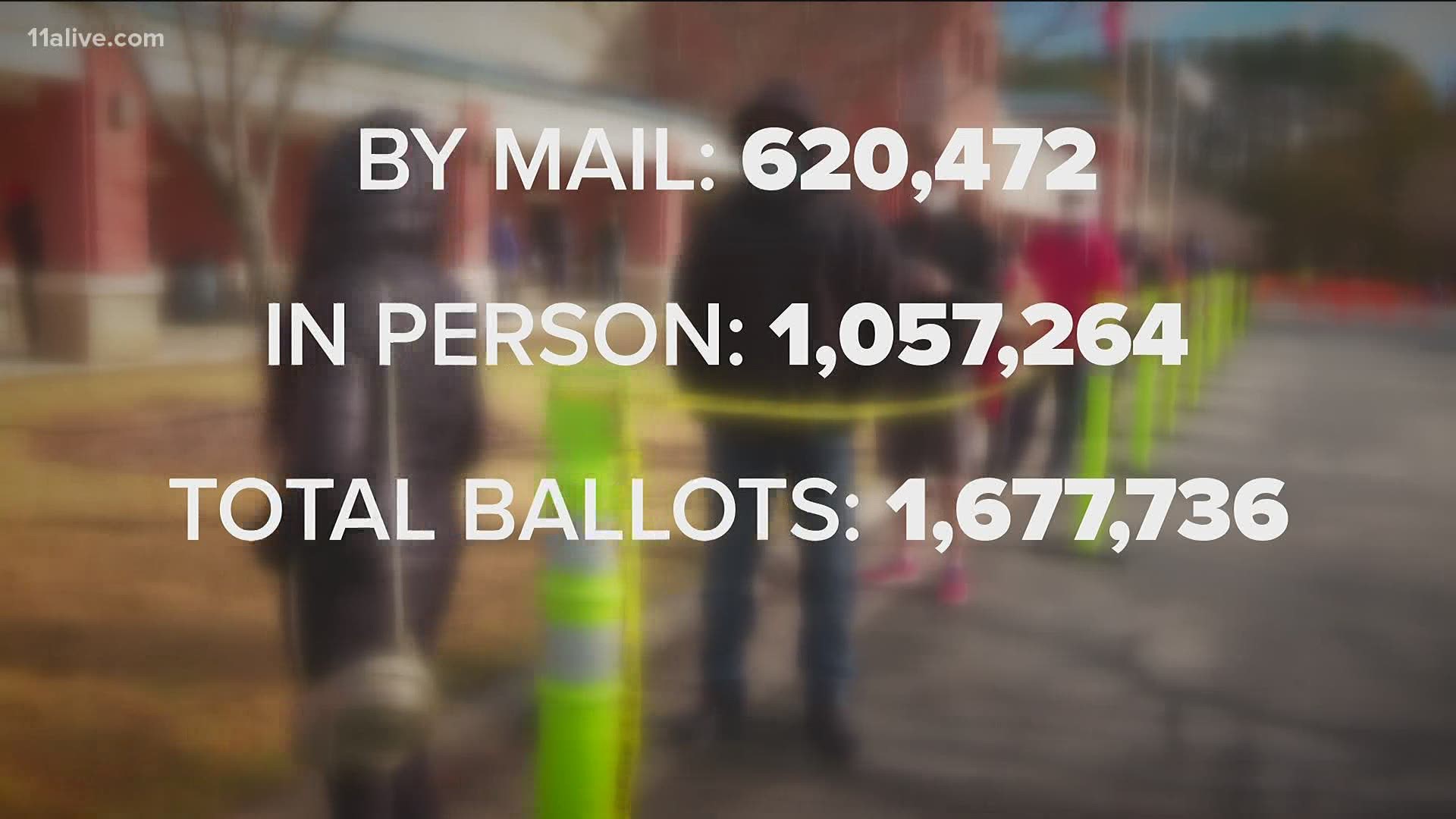 ATLANTA — Sec. of State Brad Raffensperger's office has sent letters to about 8,000 people who have indicated that they moved out of state but still requested ballots for the Jan. 5 runoff election.

“Qualified Georgians and only Georgians are allowed to vote in our elections,” Raffensperger said in a release on Tuesday. “I have said many times that I will not tolerate out of state voters attempting to undermine the integrity of the vote in Georgia. Let this be a warning to anyone looking to come to Georgia temporarily to cast a ballot in the runoffs or anyone who has established residence in another state but thinks they can game the system: we will find you and we will prosecute you to the fullest extent of the law.”

According to the release, letters were sent to individuals who had filed a National Change of Address notice with the US Postal Service indicating that they live outside of Georgia, but still requested absentee ballots for the Jan. 5 runoff election.

In the letters, the individuals were reminded that casting a ballot in the Georgia election without being qualified to do so is a felony under Georgia state law as noted in O.C.G.A. § 21-2-571.

The act of requesting an absentee ballot after filing the National Change of Address notice itself is not necessarily a crime, Raffensperger's release said. State law does allow for voters who temporarily reside out of state, like college students, or members of the military, to request absentee ballots.

Actions that would establish one's residency in another state, and thereby lose their Georgia residency include:

Students or temporary residents of another state who then re-registered to vote in Georgia for the runoffs would likely be guilty of voter fraud in either Georgia or in their other state of residence, according to the secretary.

Anyone who suspects someone of voter fraud is asked to report that information to the secretary of state's office. Citizens may click here to use: an online reporting form or call the Voter Fraud Hotline at 877-725-9797.

A POST-certified investigator will contact them if more information is needed.