Videos are circulating on social media with a much larger disturbance that happened today in Detroit, Mich. 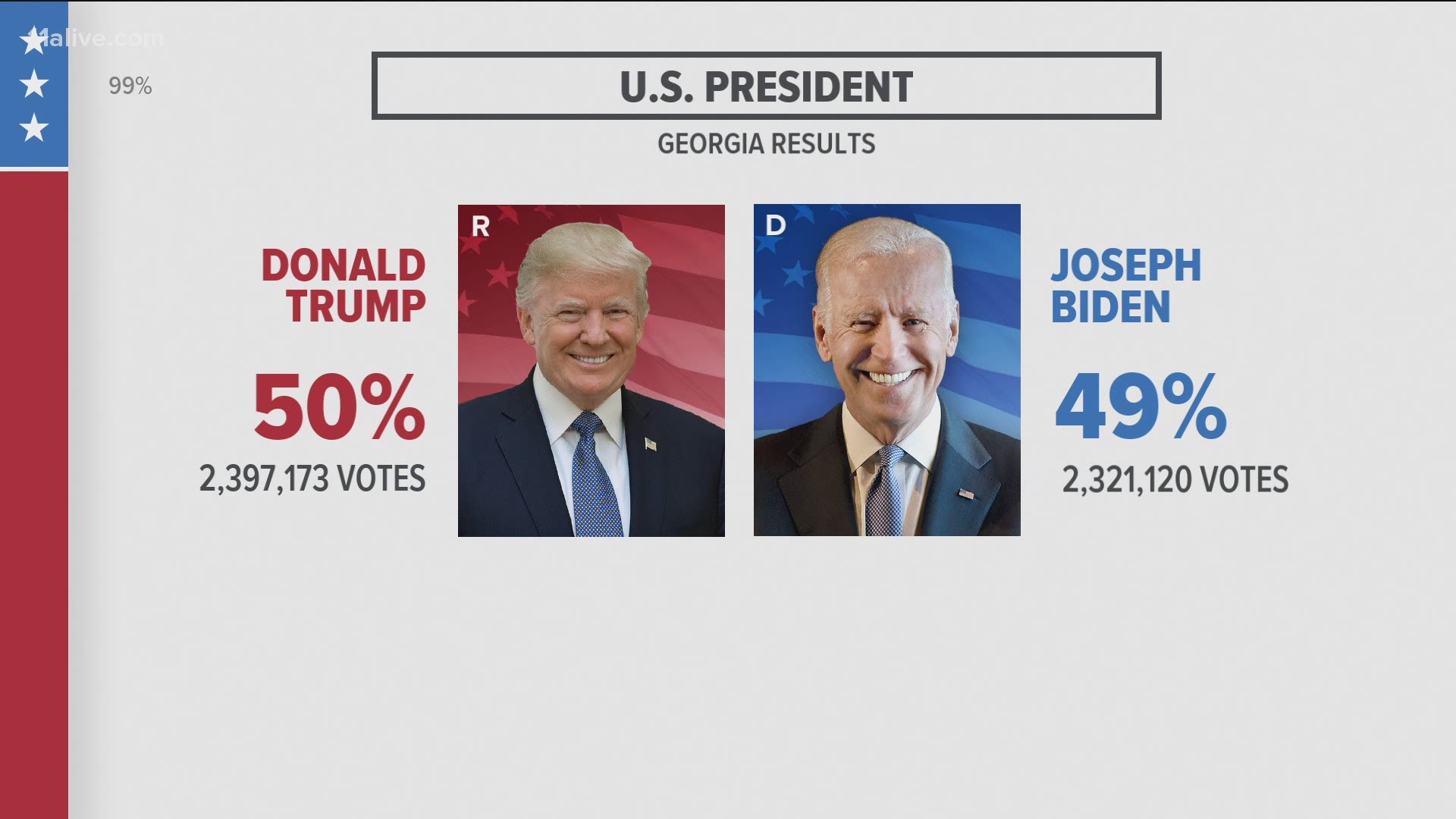 ATLANTA — Cobb County officials said there was a minor disturbance today at an absentee ballot counting facility with a group of poll watchers, however, it did not disrupt the process.

Cobb County spokesman Ross Cavitt said the group had "poll watching ability" at polls and thought they could watch the absentee ballot-counting process in the same room.

He said there was a disagreement -- and they ended up putting the group in an observing area that was already set up.

"It never disrupted the counting process in any way," Cavitt said.

ELECTION UPDATE (VIDEO)
Cobb's election team continues to count absentee ballots, hoping to have the 15,000 outstanding ballots included in the results by the end of the day. pic.twitter.com/3FB3sBYkYp

Videos are circulating on social media showing a much larger disturbance that occurred today in Detroit, Mich.

Poll watchers from both sides were plentiful at one major polling place in question — Detroit's TCF Center, The Associated Press observed.

They checked in at a table near the entrance to the convention center’s Hall E and strolled among the tables where ballot processing was taking place. In some cases, they arrived en masse and huddled together for a group discussion before fanning out on the floor. Uniformed Detroit police officers were on hand to make sure everyone was behaving.

A Detroit-based national reporter for NBC News Digital was on-hand to witness the counting and said there were dozens of people shouting “stop the count” and banging on the windows.

Things are getting a little heated outside the TCF center ballot counting room where a large group of poll challengers just arrived and is being told they can’t come in due to capacity rules (covid and otherwise). They are displeased. pic.twitter.com/UwDzSWt0oV

The Trump campaign said it filed lawsuits Wednesday in Pennsylvania and Michigan and they are demanding better access for campaign observers to locations where ballots are being processed and counted, the campaign said.