Thousands of absentee ballots accepted so far, but very few of them have been reported 'spoiled,' county officials said 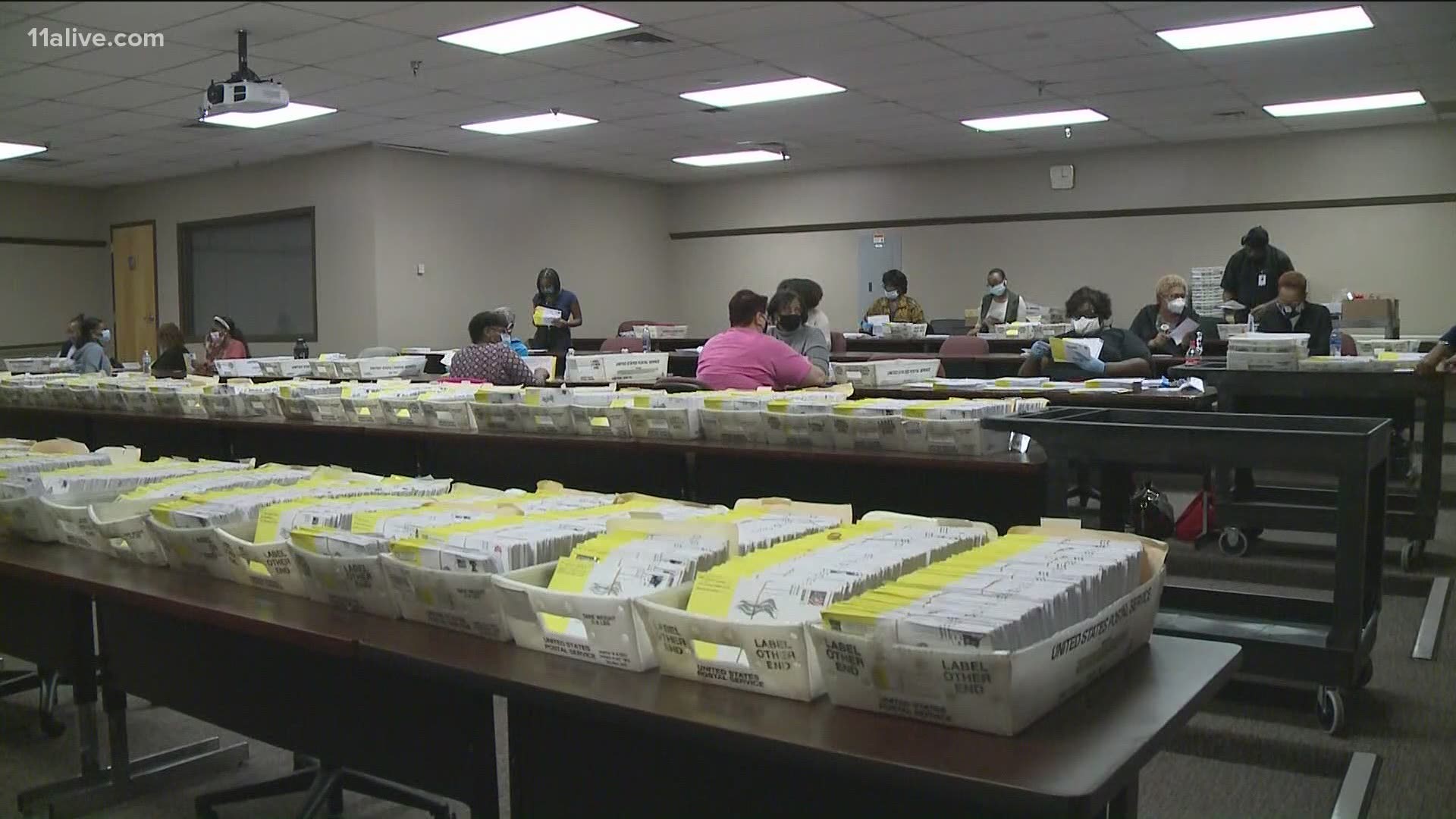 DECATUR, Ga. — In an airy room in a DeKalb County government building, two dozen workers spent Wednesday surrounded by boxes full of absentee ballots, with new bundles of them coming in every few hours.

Their job was to open each exterior envelope, check the voter information -- and then pass along the interior envelope containing the voter's secret ballot.

Absentee balloting set records in Georgia during the June primary because of the pandemic according to the Secretary of State's office, and the data so far indicates a similar level of popularity for the upcoming November general election.

The process at the DeKalb County office isn’t rocket science, but it is arguably more important -- at least to some of the absentee voters who dropped off ballots in drop boxes just a few feet away from that room.

DeKalb County voter Willie Tiller was one example. He spoke with 11Alive after dropping off his absentee ballot.

RELATED: Absentee ballot drop boxes: What you need to know

"This election is so important to us," Tiller said. "It’s important. We just wanted to make sure it got where it was going, and by me bringing it and putting it in the box myself -- this the end of it for us. We know we got it where it needs to go."

At the DeKalb County voter registration office, voters can either choose to stand in line, or they can approach the two steel boxes set up adjacent to the line and drop off their ballot.

Those seven counties report they’ve accepted a total of 218,506 absentee ballots, so far.

The seven counties have reported rejecting only 13 ballots -- although another 789 ballots have been marked “spoiled.”

RELATED: Where can you drop off an absentee ballot in metro Atlanta?

"A spoiled ballot is where there's a discrepancy fundamental to the ballot itself," DeKalb County volunteer consultant Lucille Wenegeime said. "They’ll have ample amounts of time to rectify the situation, get it back up and election officials are always ready willing and able to provide any other supplemental thing that is needed."

According to Wenegeime, voters with spoiled ballots can replace them and try again.

Voters can track the progress of their absentee ballots online, which they can only do with in-person votes if they cast provisional ballots.

She also dropped her ballot off in the drop-box only a few feet away from the room holding the absentee ballots.

RELATED: How do I know if my absentee ballot has been accepted in Georgia?

"I felt like you can actually track it, which you can’t always do when you're voting in person," Bradford said.

State officials are supposed to notify voters if their absentee ballots are rejected early in the process.  As of Tuesday, state records show DeKalb, Cobb, Forsyth and Gwinnett counties had rejected zero absentee ballots.