Fulton County expects about half of its votes in the November election to be cast by absentee ballot. 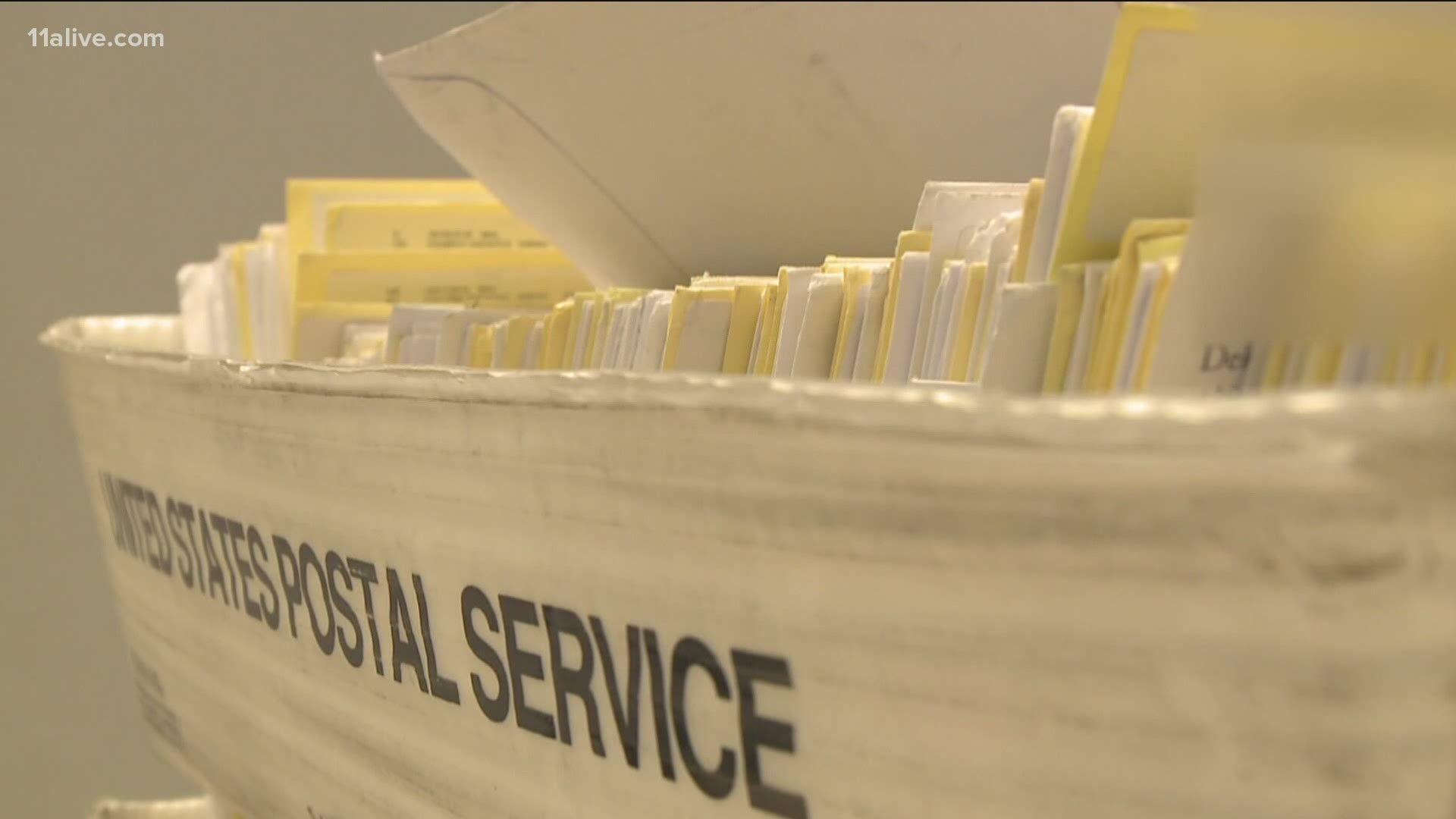 ATLANTA — Despite issues with it in the June primary, Fulton County will still let voters apply for absentee ballots by email. The county had taken down its email application site – but put it back up Monday afternoon.

The switch came after members of the Fulton County Election Board asked for it to be restored during a meeting Monday.

Fulton County expects about half of its votes in the November election to be cast by absentee ballot.

One of the big reasons Fulton County says it had such long lines during the June 9th primary was because voters who had applied for ballots by email never got them.

They ended up voting in person – adding to the lines.

But Fulton election board members say many voters still want to use email to request absentee ballots.

"It’s easier for some people to email," said board member Aaron Johnson "where they can’t do the portal, it’s easier to send an email. Then they at least have that option."

Officials said emailed absentee ballot applications are harder to handle because voters have to scan the paper application, then attach the file to an email.  Such files have a wide variety of formats, some of which are less user-friendly than others for election workers processing the requests.

Fulton County added the email link back to its web site around midday.

It expects to start sending out absentee ballots by the end of this week.  They also expect to install about 40 drop boxes for voters to hand-deliver ballots if they choose not to send them by US mail.