They want to require voters to have a reason to get an absentee ballot, and they want to eliminate ballot drop boxes. 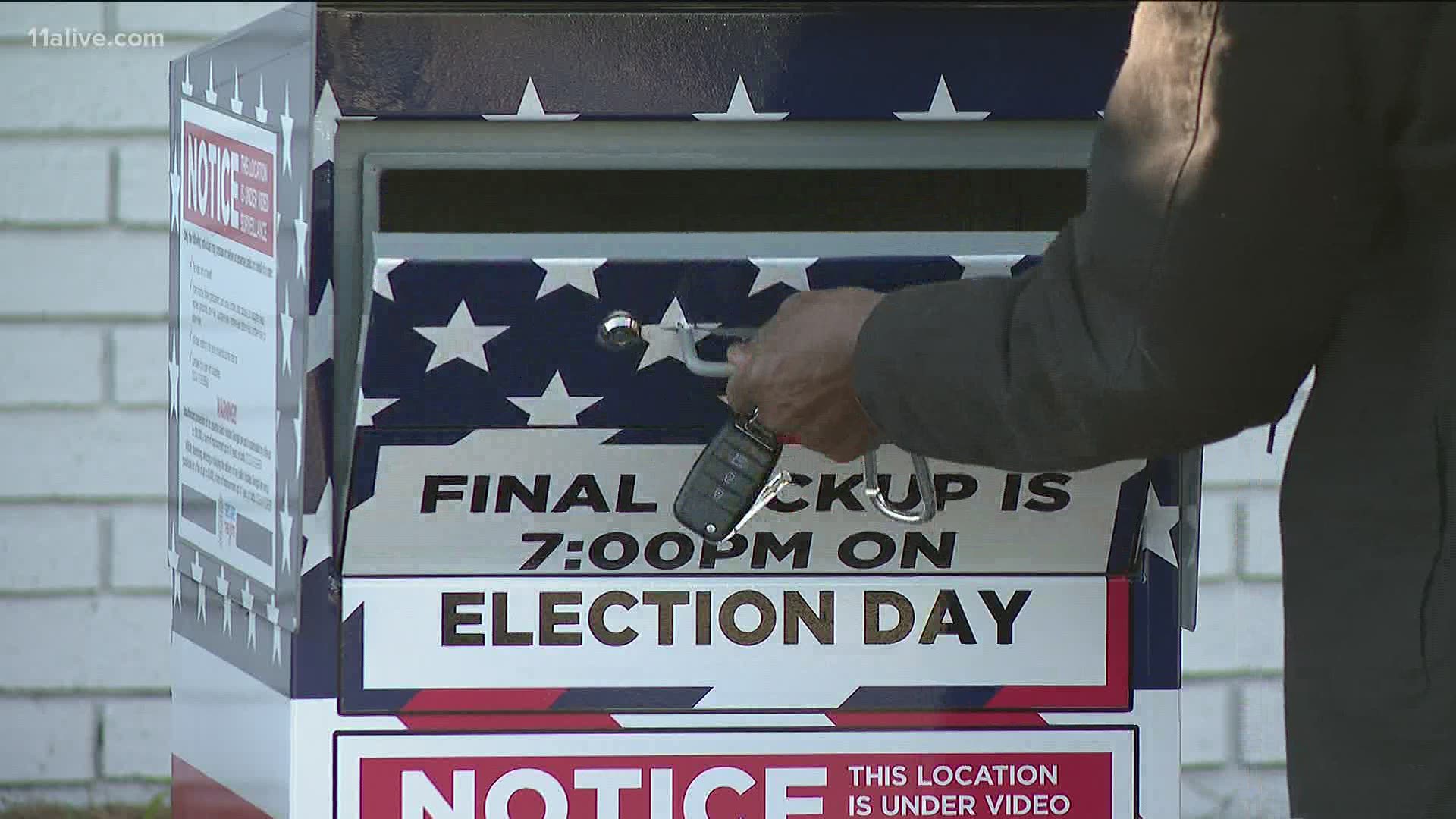 ATLANTA — Absentee voting may become more difficult in Georgia after the January runoff is over.

The reasons Georgia Republicans want to rein in absentee balloting are as obvious as the results of the November election, in which Democrat Joe Biden won narrowly over President Donald Trump.

In the November election, fully a quarter of the ballots cast were absentee ballots – a five-fold increase, percentage-wise, over the 2018 mid-term election.

The vote count showed that absentee ballots drove Biden to victory in Georgia, making him the first Democratic presidential candidate to take Georgia since Bill Clinton did so in 1992.

"This issue isn’t going to go away until we make changes," state Sen. Steve Gooch (R-Dahlonega) told a Senate committee last week, citing anger among his north Georgia constituents who supported the president.

Currently, voters do not need to provide a reason to request an absentee ballot, as is necessary for some other states.

"There are some things I’d like to see, such as voter ID on absentee ballots, and things like that that could help us," outgoing US Rep. Doug Collins (R-9th District) told 11Alive News in November. This was after Trump recruited Collins to help challenge Biden's election victory in Georgia.

Republican state lawmakers say they are writing a bill requiring voters to provide a reason -- like illness, advanced age, or absence on Election Day -- to request an absentee ballot.

They could require a signature match, verified by a Notary Public, as some other states require.

They could also eliminate the drop boxes many Georgia counties started using this year.

Republicans say, without citing any evidence, that the drop boxes are being used for what they term "ballot harvesting."

During the fall campaign, Trump urged his supporters to bypass absentee ballots and vote in person.

Meanwhile, the president himself, cast an absentee ballot in Florida. Democrats, however, wary of crowds during the COVID pandemic, urged their voters to use absentee ballots.

Democrats say Republicans are trying to solve absentee ballot problems that don’t really exist -- except in conspiracy theories advanced by Trump and many of his followers.

"How shortsighted are the actions or statements by my Republican colleagues? After all, they’re the ones who let this system in, and it wasn’t that long ago!" she said. "Now they don’t like it because they feel it isn’t being used enough by their people?"

Republicans lost a few seats in the General Assembly in November, but they will still have the muscle to pass a bill in the next session -- even if it's fiercely opposed by Democrats – with an eye on the next election for governor in 2022.