The matter is currently being reviewed by the Fulton County Sheriff's Office, officials said. 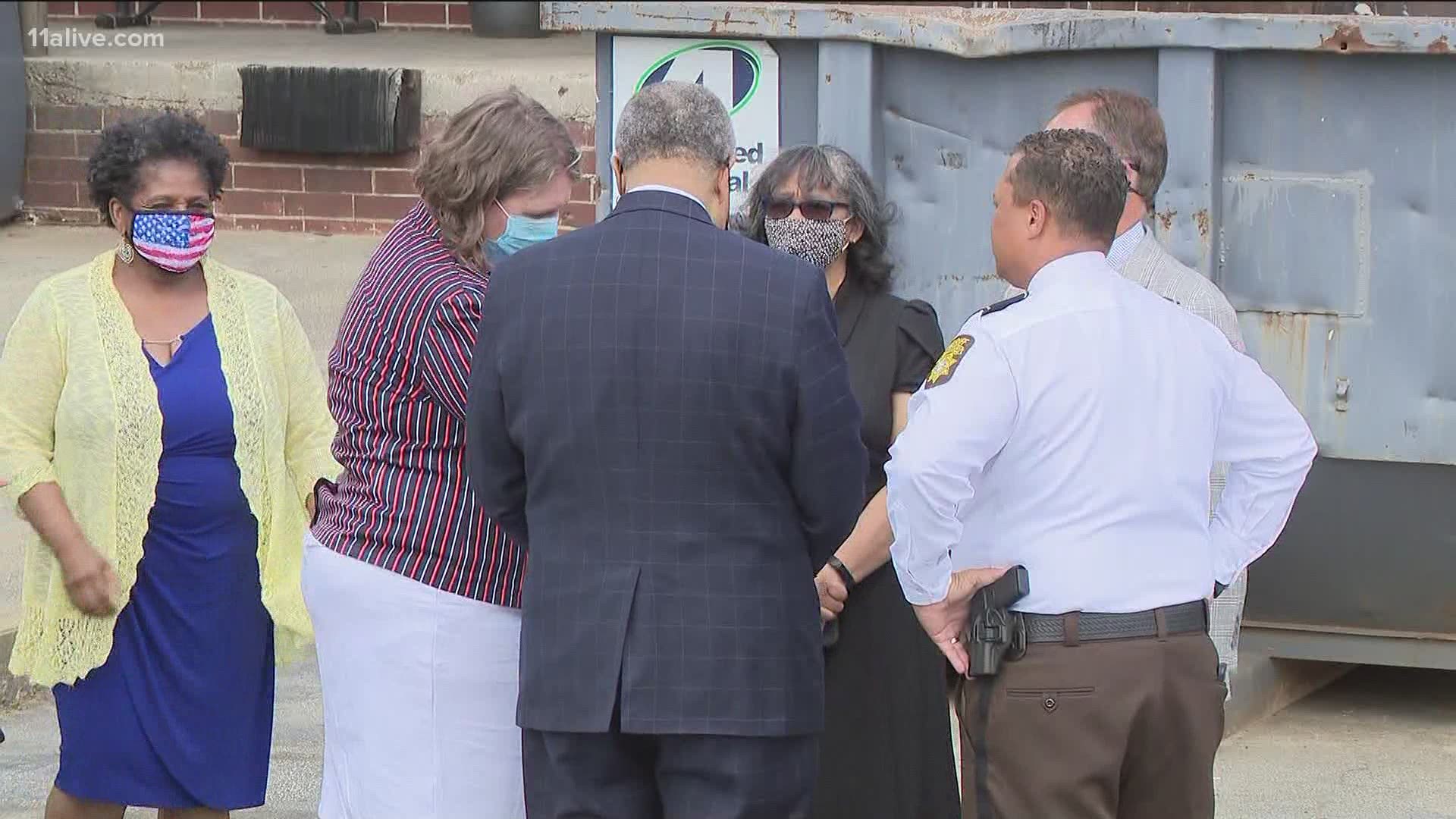 FULTON COUNTY, Ga. — Fulton County officials said a security alarm was "activated" on Saturday at a warehouse where election ballots are stored.

During a Tuesday afternoon press conference, Rob Pitts Chairman of Fulton County Board of Commissioners said the room where the ballots are kept "was never breached or compromised."

"Because of current litigation, I am unable to disclose much beyond that critical fact," Pitts said. "The ballots remain safe, despite what some may have you believe."

The matter is currently being reviewed by the Fulton County Sheriff's Office, officials said. Pitts said they are still working to learn how the door was opened, why it was opened, and who opened it. However, Pitts said he is confident the issue will be put to rest at the end of the investigation.

There were off-duty Douglas County deputies, working for an unrelated security company at the time, aware of the alarm and made a security check which can be seen on surveillance video, Fulton County Sheriff Patrick “Pat” Labat said.

Labat said the off-duty deputies, who were not working for Fulton County, found a door that was unlocked. However, the door was not open. The sheriff said the building is being secured 24/7 by Fulton County Sheriff's Office, however, there was a shift change that left prior to the alarm going off that they are investigating.

Labat said the ballots are protected behind two doors. The first door is a 75 to 100 pound steel door "with a spring to match." The actual ballots are behind a secondary door that is locked with a secondary alarm, Labat stated.

"It is a motion sensor on the second floor which is totally independent of the location where the ballots are," Labat said. He went on to say they are trying to find out what set that alarm off.

"Those are the facts," he said. "I am 3,000% confident and understand that the ballots are secure. There is no question about that.

Former President Donald Trump put out a statement over the weekend about situation with a headline claiming  the "Alarm Went Off at Secure Building in Fulton County Georgia Where Ballots Are Kept – Building Found Wide Open." He also claimed there was "great work" being done in Georgia to reveal election from last November.

11Alive previously reported that despite attacks on Georgia’s election from Trump and some of his backers, state election officials said the 2020 election was free of any significant fraud.

In late May, a Georgia superior court judge ruled that a group alleging fraud in the 2020 election will be allowed to unseal Fulton County's absentee ballots. A group of voters and election observers originally filed the suit back in December, centering their claims on the events at State Farm Arena on election night and in the counting process.

The state's election officials have accounted for the events of that night in detail. 11Alive's Brendan Keefe also addressed the claims in a report in December:

Claims of abnormalities witnessed in the counting of ballots were incorporated into a number of election challenges that failed to stop Georgia's certification of its election results.

Labat said they have been in contact with the Georgia Bureau of Investigations, but they are not a part of the investigation. Additional cameras have been added to the premises.

He ended by stating that he would absolutely call this a false alarm.