All eyes on Georgia voting: LeBron James, Biden camp, Hillary Clinton and others chime in

The NBA superstar questioned whether voting practices are "structurally racist" as problems at polls persist in the state. 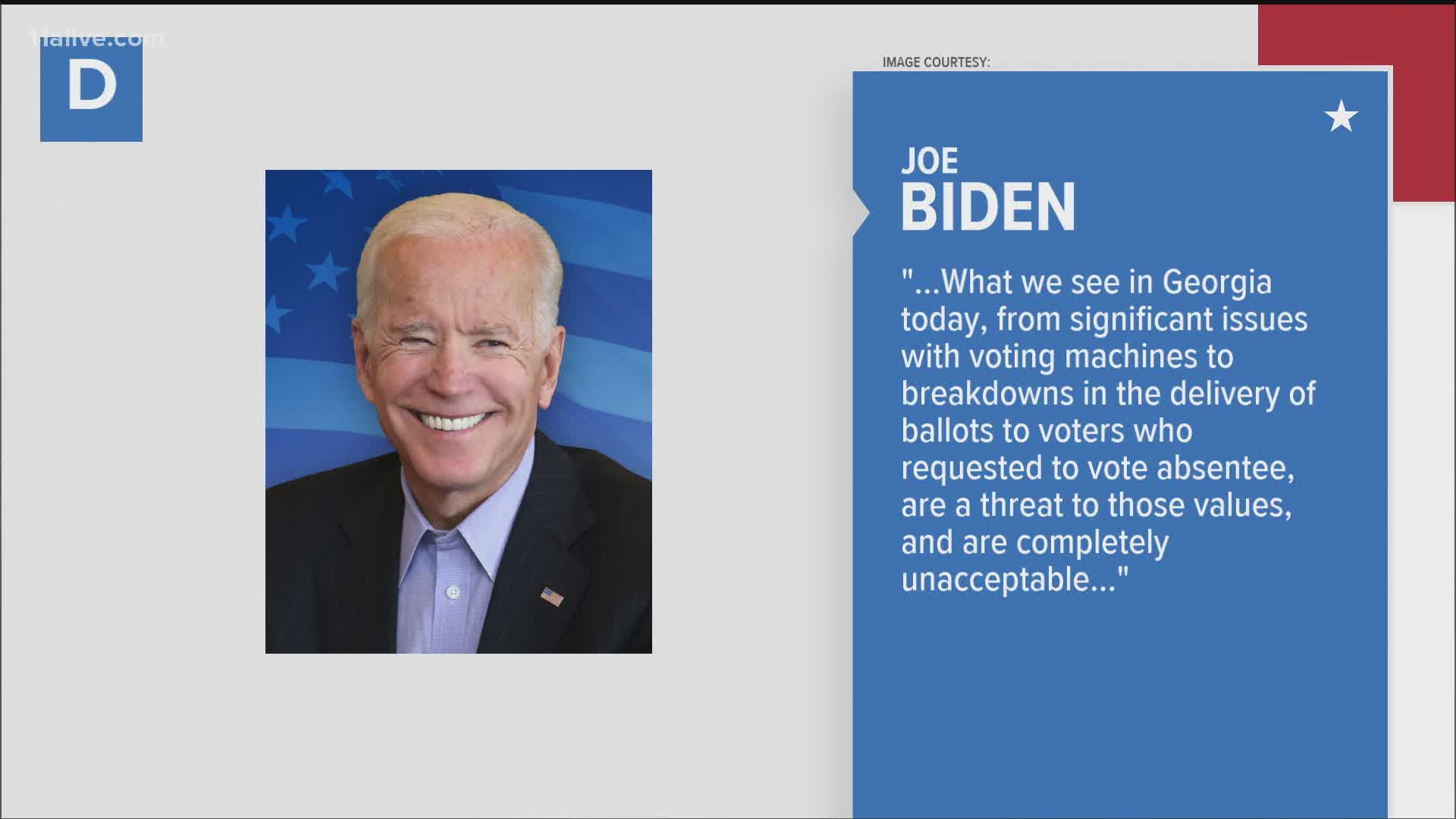 ATLANTA — Across the country and within the state, "Georgia," "#VoterSuppression," "Kemp" and "#GAprimary" were trending across Twitter as word quickly spread across the nation of voter issues and extremely long lines at polling locations.

"Everyone talking about “how do we fix this?”  They say “go out and vote?” What about asking if how we vote is also structurally racist?," the tweet read.

Another national journalist, Dan Rather, called what's happening in Georgia a "debacle."

"So much news today, but don't overlook the voting debacle happening right now in Georgia. This is a dire wakeup call for November - long lines, broken machines. It is a national outrage that undermines the legitimacy of our democracy," Rather tweeted.

The full statement reads:
"Free and fair elections are the cornerstone of our democracy. What we see in Georgia today, from significant issues with voting machines to breakdowns in the delivery of ballots to voters who requested to vote absentee, are a threat to those values, and are completely unacceptable. We only have a few months left until voters around the nation head to the polls again, and efforts should begin immediately to ensure that every Georgian -- and every American -- is able to safely exercise their right to vote. Our campaign will remain fully engaged in defending that right."

Kamala Harris and Elizabeth Warren, both Democratic presidential candidates at one point chimed in as well.

Warren, a U.S. Senator from Massachusetts urged Georgia voters to report issues while at the polls.

Hillary Clinton took to Twitter to thank Georgians for their determination to cast ballots "despite the failure of officials to provide enough polling places or machines."

Significant voting system failures have been reported throughout the metro Atlanta area, from malfunctioning voting machines to precinct locations with no new machines whatsoever, in an ominous sign for Georgia's much-contested new voting system.

It appears Fulton and DeKalb Counties had the most issues.

Secretary of State Brad Raffensperger blamed county leaders and has since opened an investigation into the problems.