With 100 percent of precincts reporting, Dickens leads former Mayor Kasim Reed by 576 votes out of 96,122 cast. 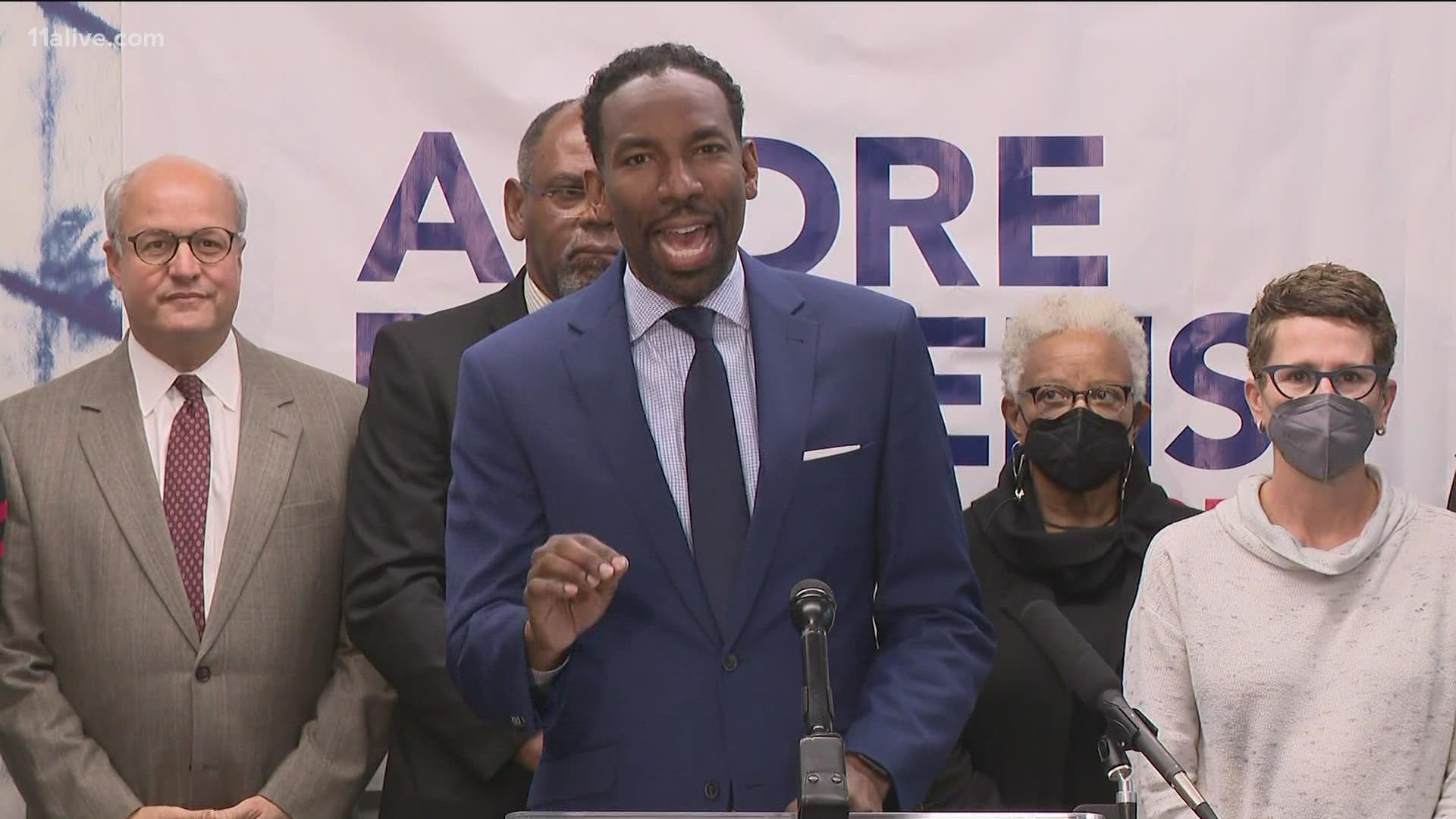 ATLANTA — On the night the Atlanta Braves won the World Series, Atlanta City Councilman Andre Dickens threw a curve ball himself in the race to become the city's next mayor. The election now heads to "extra innings" with a Nov. 30 runoff.

With 100 percent of precincts reporting, Dickens beat former Mayor Kasim Reed by 612 votes in a race to face City Council President Felicia Moore in the runoff, the Associated Press declared on Thursday.

That means the difference between Dickens and Reed is 0.6% of the total votes cast. Reed could automatically request a recount if it was 0.5% or lower.

Moore received 41 percent of the total votes, while Dickens received 23 percent. The election is not official until it becomes officially certified by the state.

In a Thursday afternoon press conference, Dickens said the city chose a path to "move forward."

"Atlanta has made choice in this election. We had the choice to either take us to the past, and the dark clouds that hang over this city, or to the future," he said.

In an 11Alive interview on Wednesday morning, Dickens said if he wins, he's going to be ready to go on day one. Dickens said he and Moore are colleagues and friends.

"We respect one another. And now we are going to go down to fight to become the mayor of Atlanta. I think the difference is that I'm ready on day one to actually implement the things that everyone want to see in this city."

Most polls had voters at 40 percent undecided in the mayor's race.

"We've been watching all these numbers. From knocking on the doors to making phone calls. You can actually get a pulse of the public - what they are actually thinking," Dickens said.

"Once we had debates, once we had forums and also had TV advertising, people got to know me and they stopped being undecided and a lot of them came my way," he added.

Dickens is a member of the City Council who, as an at-large councilman, has won two citywide races since 2013. Dickens has run a campaign built on the foundation of his community advocacy. He helped Atlanta establish a $15 minimum wage in 2017, and his campaign website touts his record as a leader on transportation and development issues.

Moore has served two decades on the Atlanta City Council representing much of the Westside and northwest corner of Atlanta in District 9. Since 2018, she has been City Council president. She presents herself as a champion of transparency and clean government.

RELATED: What happens if Atlanta's mayoral election goes to a runoff