The draft article of impeachment also includes allegations of the president's responsibility in the Capitol riots. 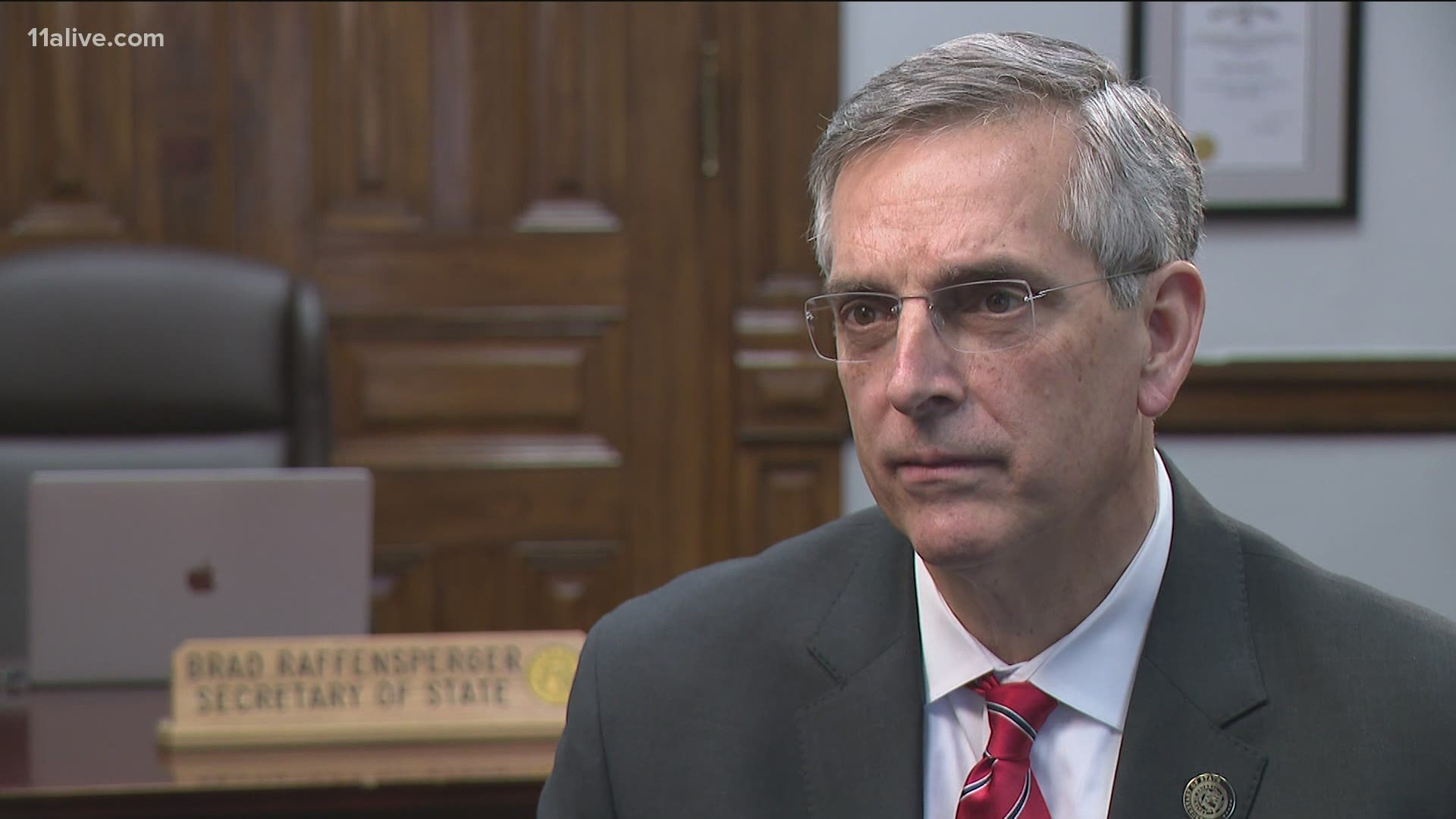 WASHINGTON — A phone call between President Donald Trump and Secretary of State Brad Raffensperger that drew the nation's attention has now been included in an effort to impeach the outgoing U.S. leader.

In a draft House Resolution obtained by NBC News and other agencies on Friday, the call is referenced, saying Trump "urged Georgia Secretary of State Brad Raffensperger to 'find' enough votes to overturn the Georgia presidential election results and threatened Mr. Raffensperger if he failed to do so."

In the one-hour phone call, Trump insisted he won the state.

The draft was submitted before another call tied to Georgia was made public in which Trump allegedly pressured an investigator to "find the fraud" came to light, according to 11Alive Chief Investigator Brendan Keefe.

The president's call to Georgia Secretary of State Brad Raffensperger is in the draft article of impeachment. This was written before the disclosure of an earlier call from Trump directly to Georgia's lead elections investigator, a sworn officer during a criminal investigation. pic.twitter.com/WiiCv1EUB9

In the draft, the President is accused of engaging in "high Crimes and Misdemeanors" by inciting violence against the Government of the United States."

If approved, the Articles of Impeachment seek to ban Trump from running for president again.