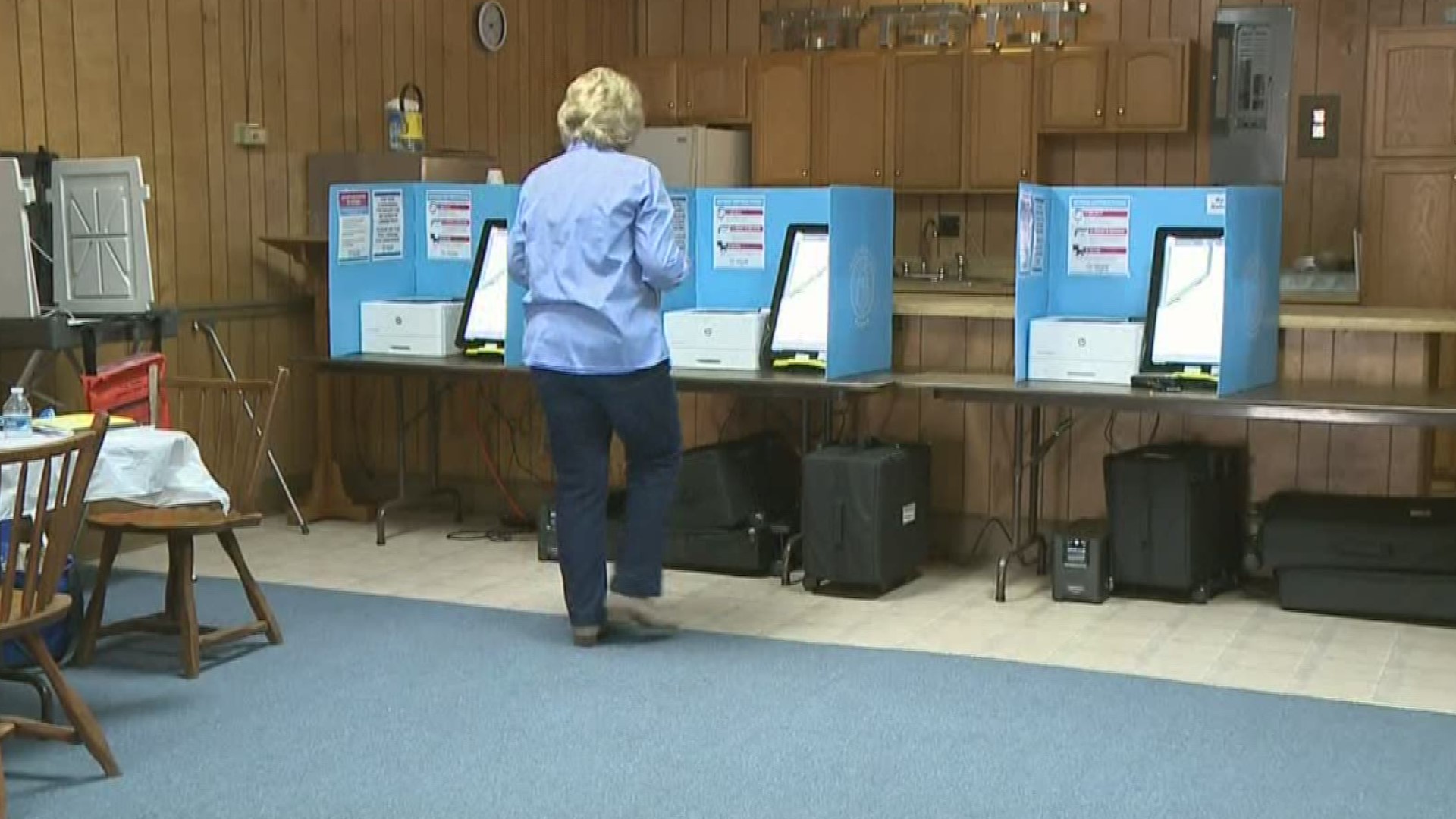 ATHENS, Ga. — Athens-Clarke County is re-installing its new voting machines overnight. The county election board was ordered to start using them again by the state election board.

The state election board, chaired by Secretary of State Brad Raffensperger, challenged the Athens-Clarke County decision by convening an “emergency” hearing in Athens Wednesday, one week after the county started using hand-marked paper ballots at its early voting site for the March 24 presidential primary.

RELATED: Secretary of State: By pulling new voting machines, Athens board may have broken law

Raffensperger, an enthusiastic booster of the state’s new voting machines, presided over the hearing that all-but put the machines on trial, and questioned the decision of the Athens elections board.

“It was clear to me I would be able to see other voters as I passed their booths,” Athens voter Ann Marie Zimeri told the board about her early-voting experience. “Once you cast your vote, whomever you cast your vote for comes up in large font. It’s very clear to read from a distance.”

“The new system is a larger tablet, it’s brighter, and it stands more upright. And it’s not adjustable to the extent that the old one was,” Harvey told the state board.

Harvey said the new voting machines can be configured toward precinct walls to ensure voter privacy.

The state bought 33,000 of the machines at a cost of more than a $100 million.  Athens-Clarke County’s election board decided the screens were too visible to bystanders – a complaint echoed by voters 11Alive talked with during a special election in south Georgia last month – and by Athens-Clarke County election board chairman Jesse Evans, who said he could see voters’ screens from inside the elections office where early voting takes place.

“I could see the screens of the voting machines, through the windows, through the sliding glass window right in front of me,” Evans said. “It’s a violation of ballot secrecy.”

Under cross examination, Evans admitted that he made the observation while no voters were using the machines.

Election board members said the Athens board made a premature judgment to pull the state voting machines, based on flimsy evidence. Clarke County is the only one of Georgia’s 159 counties that have challenged the new voting system.

Election board members voted to charge Athens-Clarke County $2,500 to cover costs of the state investigation. They also fined the county $5,000, but waived it if Clarke County voters could use the machines by Thursday morning.

Athens-Clarke County election director Charlotte Sosebee told the board the county would re-install them by the time early voting starts Thursday.

Viral voting: How to cast a healthy ballot

Rep. John Lewis casts primary ballot, says 'we all must get out and vote like we never voted before'