Atlanta Braves listed as host for Kemp event, but spokesperson says this isn't a 'political stance'

A spokesperson says the Braves are not taking a political stance for either gubernatorial candidate. 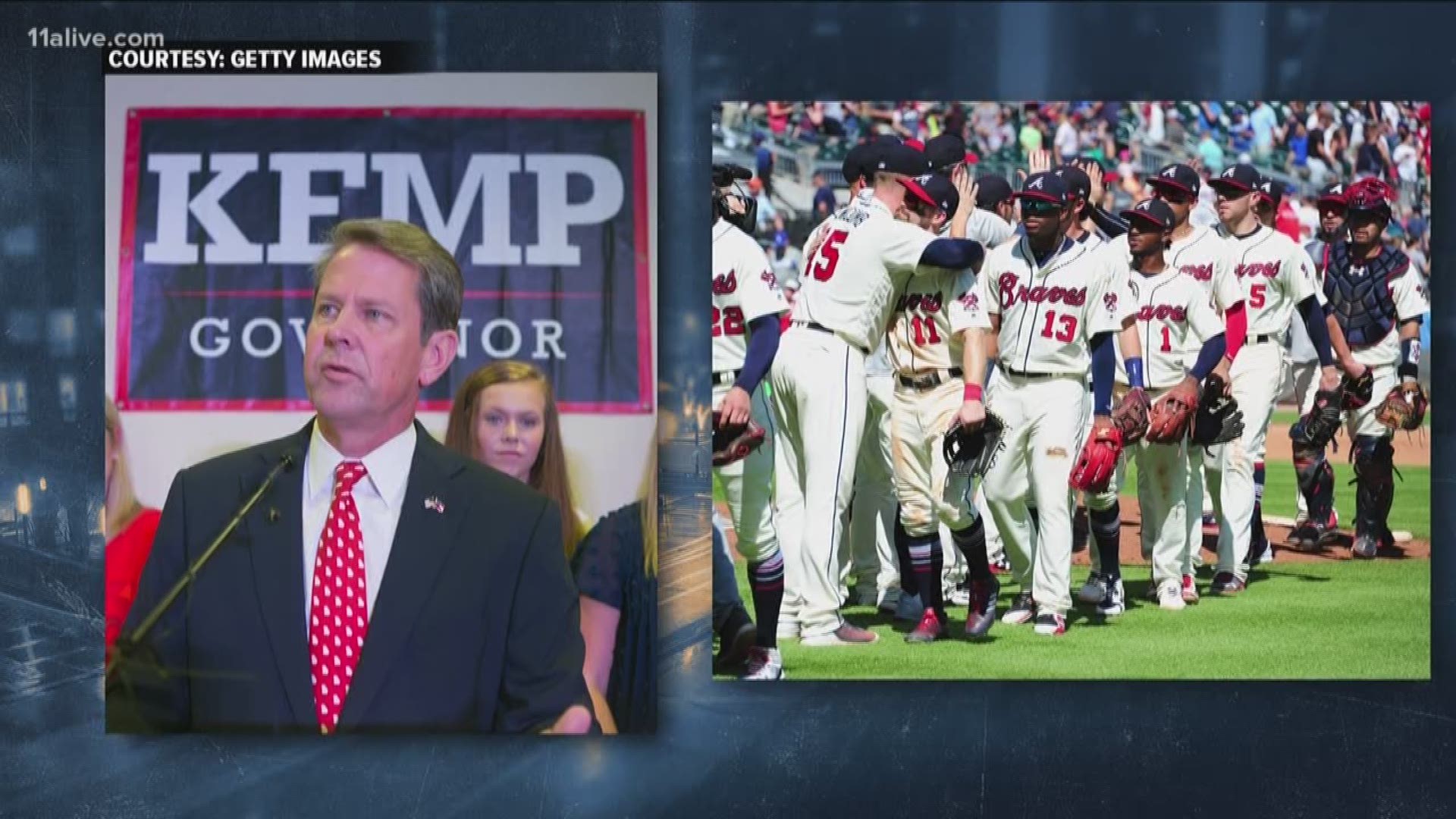 ATLANTA -- Many on social media are asking why the Atlanta Braves are listed as one of the hosts on a flier for an event supporting for Secretary of State Brian Kemp.

The Republican is running in the upcoming election to be the next governor of Georgia. The invitation has been posted several times by Twitter users, sparking controversy about the reception.

@Braves When did you become a partisan organization? Are you unaware that you are likely to alienate half your base by supporting this candidate? I await your response to me or public statement. pic.twitter.com/I76vkeZMPh

About two dozen names are listed as hosts, including the Braves. However, a spokesperson says just because the Braves are on the list of hosts, it doesn't mean they are taking a side in the race. Below is the statement:

As we have done for many years, the Atlanta Braves provide campaign contributions to both Democrat and Republican candidates (including Abrams 2015 and 2016 campaigns) and are not taking a political stance for either gubernatorial candidate. As of today, we have yet to be contacted to support Abrams campaign but are expecting to do so.

The event is set for Monday, August 27 at the Georgian Club on Galleria Parkway in Atlanta. Senator Johnny Isakson is listed as the special invited guest.

There's also a list of Host Committee Levels on the flier:

Do you think sports teams should make political donations? Vote here on 11Alive.com