Joyce Sheperd faces Antonio Lewis in a runoff for a seat she's held for 17 years. 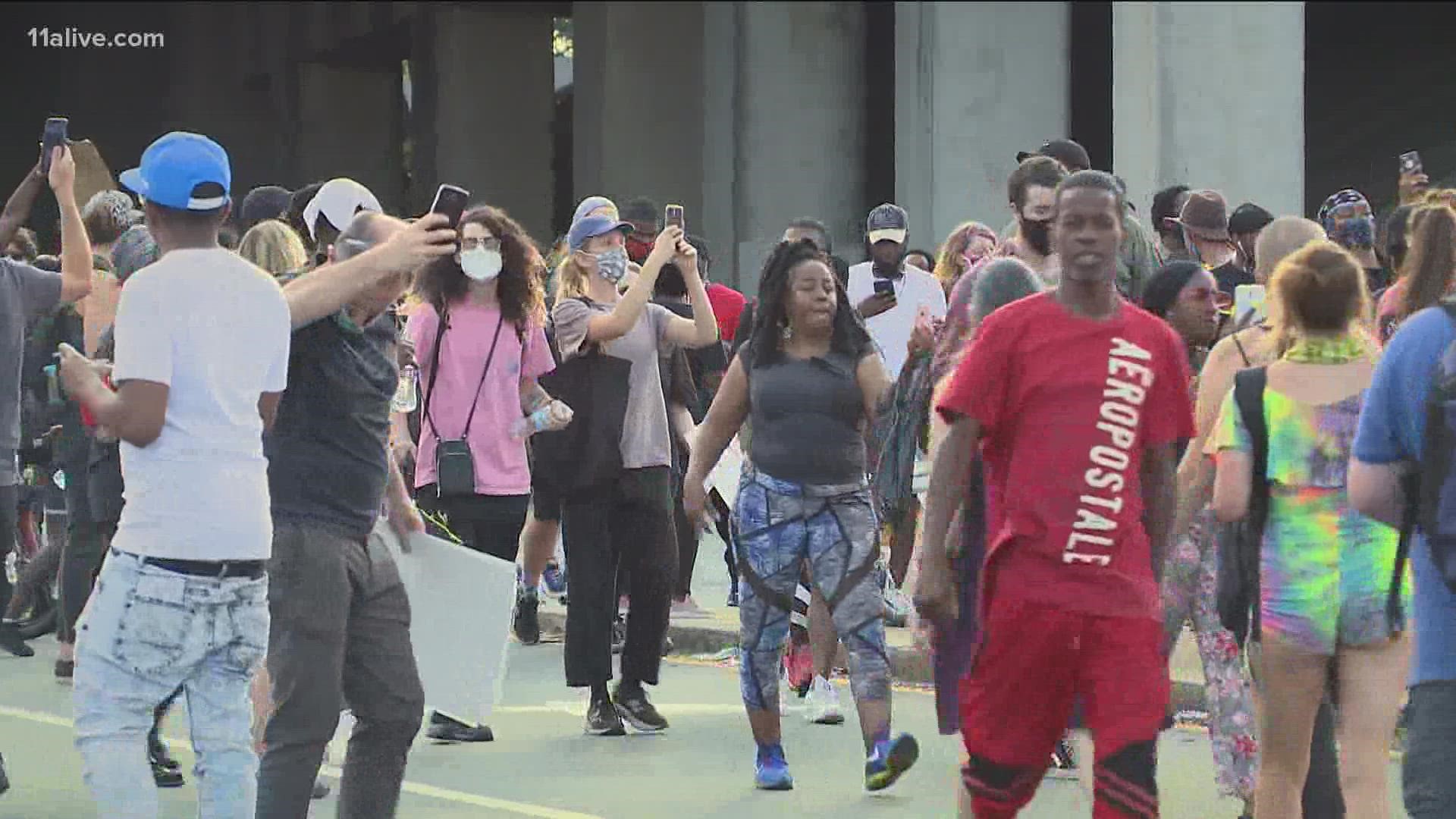 ATLANTA — A community wracked by violence and protests last year will decide a city council race next week. Councilwoman Joyce Sheperd came within a hundred votes of finishing second to a political newcomer, Antonio Lewis, in the Nov. 2 election.

When angry protests broke out two summers ago around University Avenue, they came as a response to the killing of Rayshard Brooks. The Atlanta man was shot to death in a Wendy’s parking lot following a physical struggle with two Atlanta police officers.

Suspected protesters burned down the Wendy’s the next night but things would worse.

"They were taking over the streets," recalled Sheperd.  "My residents were calling me and saying 'councilmember, we can't get down the street and we’re scared. We’re scared because when we’re driving down the street, they’re not letting us through. We see guns. We see people shouting at us and kicking at our cars."

Sheperd said she began negotiating with those who’d taken over the streets in her district.

"What I was trying to do was listen to both sides, and trying to navigate between the pros and the cons and get everyone to come to an understanding," she explained.

But, things unraveled again with the killing of Secoriea Turner, an eight-year-old girl whose family, police said, ran afoul of one or more of those street gunmen near the burned-out Wendy's.

"No one has said (they) blame me for Secoriea," Sheperd said, adding that the child's death was heartbreaking for the entire community.

Lewis is a former congressional staffer turned Black Lives Matter protester. He nearly beat Sheperd on Nov. 2. Meanwhile, Sheperd has been on the city council for 17 years.

Lewis said the city's leadership failed when police failed to rein in the "guys walking around with guns" near the Wendy's in the aftermath of the Brooks killing.

Lewis added that he was personal friends with Rayshard Brooks and his family, and that he probably wouldn’t be running if Brooks had survived the encounter with APD in the Wendy’s parking lot two summers ago.