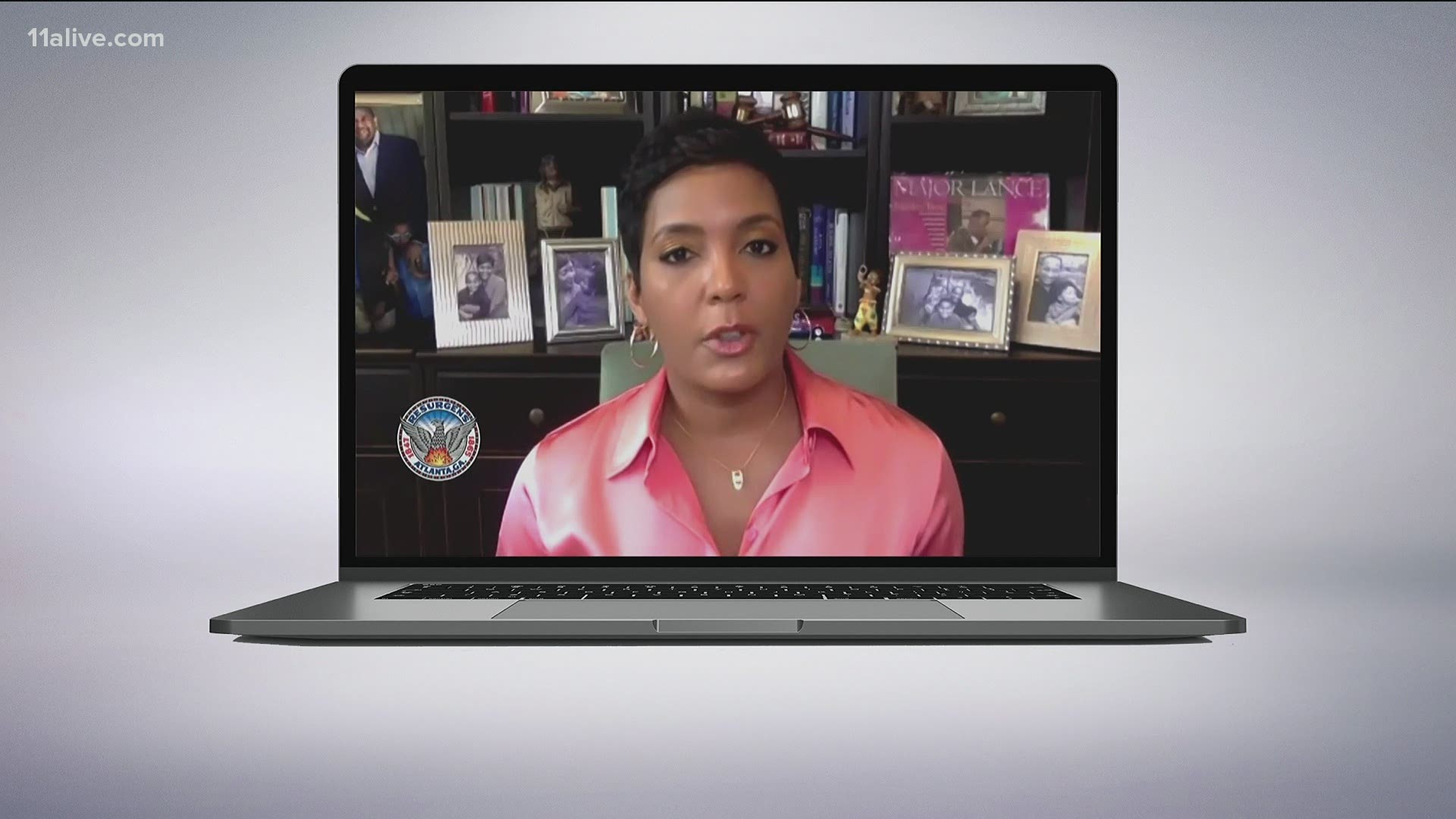 The endorsement was not a surprise, coming from a Democratic mayor on behalf of Democratic candidates, but reinforced the party's ambitions in Georgia, where both races are seen as competitive.

RELATED: Georgia voters will elect two US senators in 2020

Ossoff is currently locked in a tight campaign with incumbent Republican Sen. David Perdue, and perhaps more pressingly, the state's leading Democrats are hoping to consolidate support around Warnock. The Ebenezer Baptist Church pastor is running in the open special election to fill the remainder of Sen. Johnny Isakson's term.

The incumbent Sen. Kelly Loeffler, appointed to fill the seat this year by Gov. Brian Kemp, and Rep. Doug Collins are among Warnock's opponents on the Republican side, and Matt Lieberman is, so far, his chief Democratic rival.

His supporters are hoping Democrats tightly coalesce around him. If he can clear 50%, with Republicans potentially divided between Loeffler and Collins, he would win the seat outright.

If no candidate gets more than 50% in the race, a runoff will be held between the top two vote-getters.

Mayor Bottoms addressed that dynamic, explaining why she felt Warnock would be the best candidate for Georgia Democrats.

"He has done things in our community even before the vast majority of us would even talk about progressive ideas and how we move forward a progressive agenda in our city," she said. "He was doing it in his church and doing it in a meaningful way based on love and commitment to our community. For that reason I know he is the best leader for this state as it relates to the Senate race."

Warnock, for his part, evoked the man who made Ebenezer such a historic church, Dr. Martin Luther King, Jr., saying he was proud to stand by the mayor "fighting the good fight in the city of King... who reminded us we are tied in a single garment of destiny."

Of Ossoff, Bottoms said, "I can't say enough about Jon Ossoff and the need to have his representation in the Senate."

"This is a race that the entire country is watching," the mayor said.