The city said these new set of actions would 'ensure every Atlanta resident has an opportunity to exercise their right to vote.' 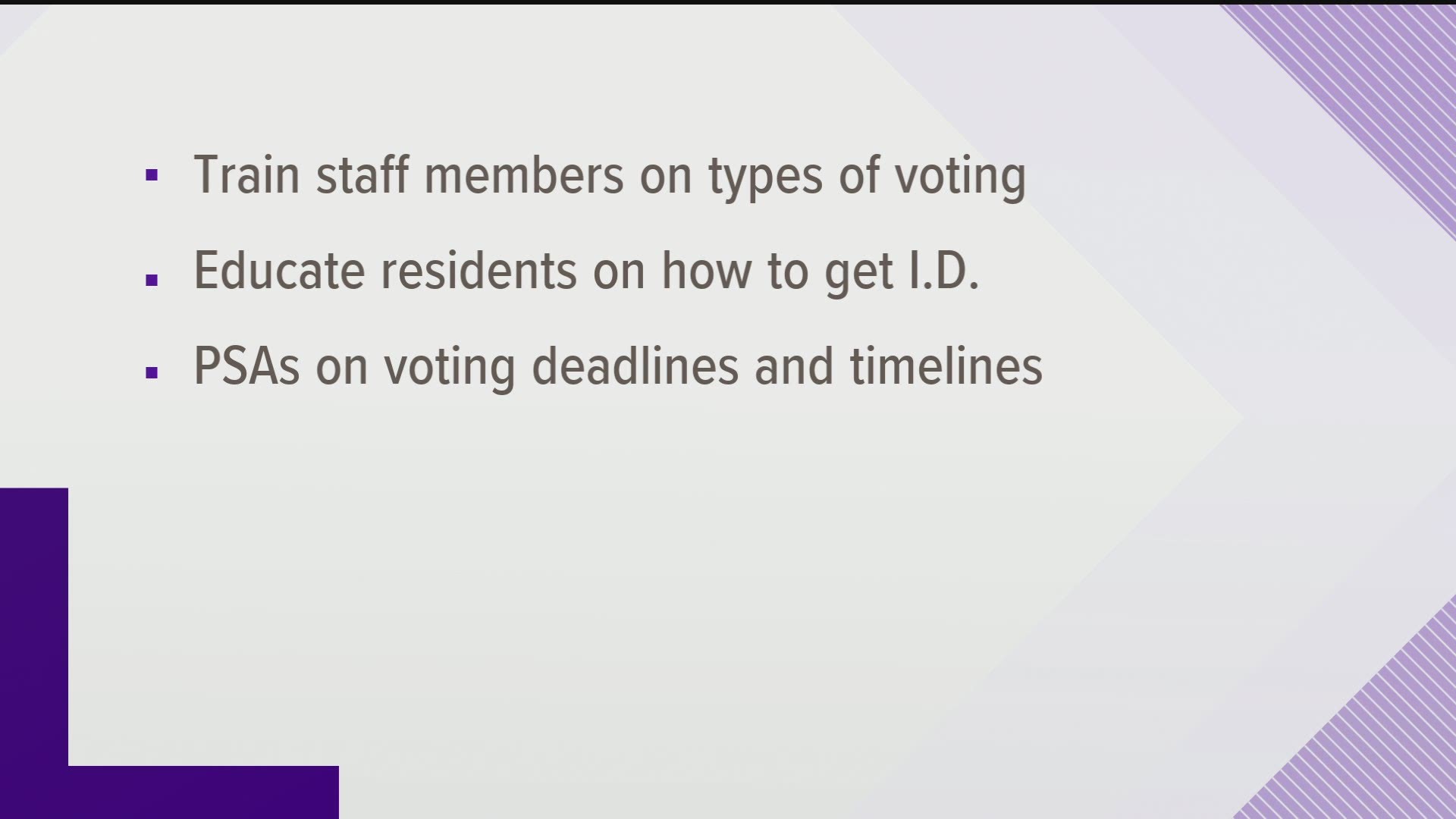 According to the mayor's office, the order would direct the Chief Equity Officer, under the city's authority, to develop a plan to:

This is in addition to the previous action the city took during the 2020 election cycle to allow city employees to take up to four hours during work to vote and volunteer as poll workers.

The city said this new set of actions would "ensure every Atlanta resident has an opportunity to exercise their right to vote."

“The voting restrictions of SB 202 will disproportionately impact Atlanta residents—particularly in communities of color and other minority groups,” Mayor Bottoms said. “This Administrative Order is designed to do what those in the majority of the state legislature did not—expand access to our right to vote.”

The full order can be viewed here.

Critics of the new Georgia election law say some of the changes - like the shortened timeline to request an absentee ballot, shortened standardized early voting hours, restrictions of handing out food an water in voting lines, and new ID requirements for absentee ballots - restrict access to voters, especially those of color.

However, supporters of the bill say that the addition of another Saturday early voting day expands access, and the ID requirement would help make absentee ballot counting more efficient and "restore the integrity of the vote," though there was no evidence of any widespread issues with neither the 2020 presidential nor the Senate runoff election.