What are the ballot certification deadlines in the other states? 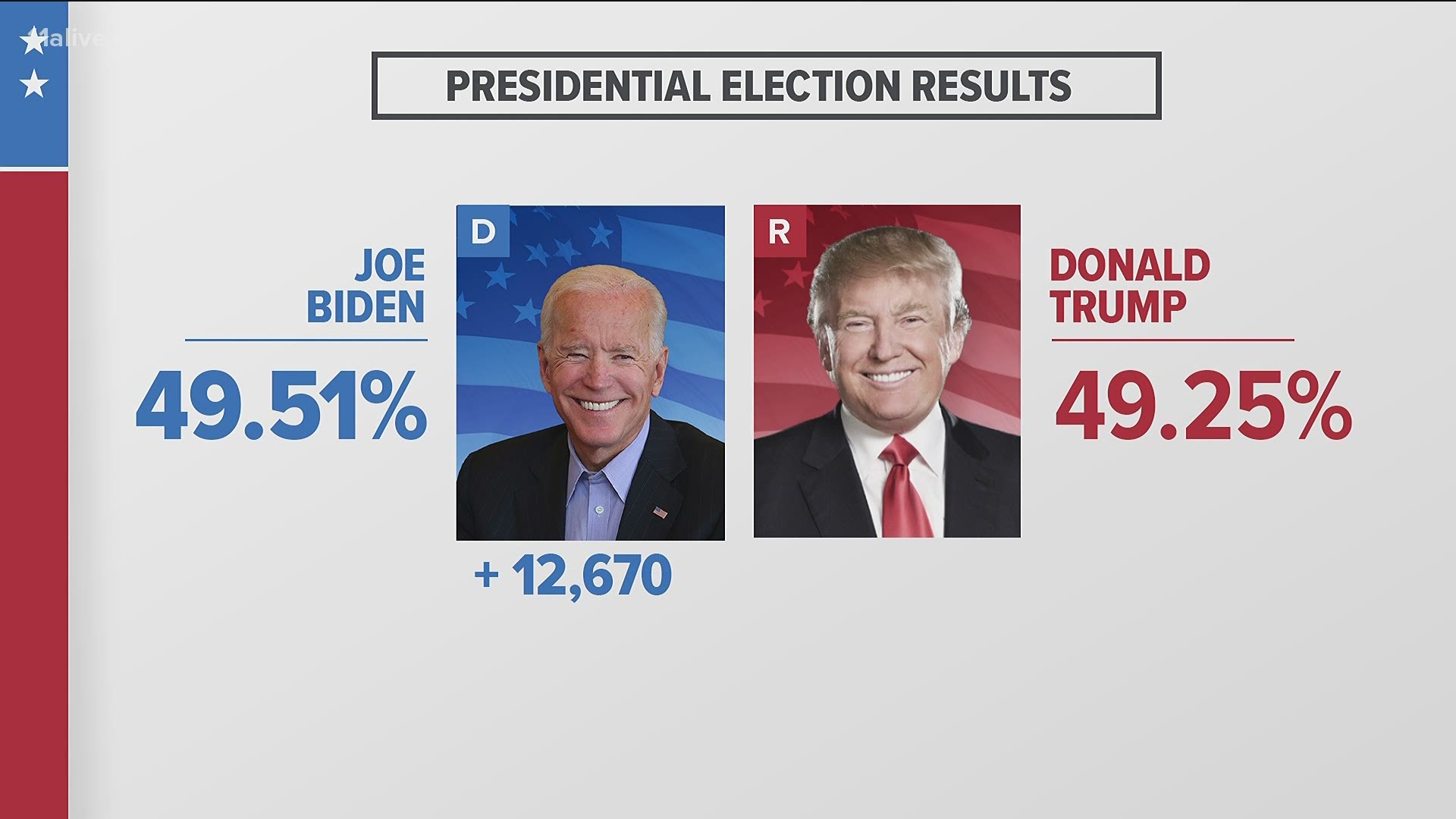 ATLANTA — Now that Georgia's hand audit of ballots from the Nov. 3 presidential election has shown that Joe Biden is the winner of Georgia's 16 electoral votes, the Secretary of State has officially certified the election results.

By Georgia law, the losing candidate -- President Donald Trump in this case -- will have until next Tuesday to formally request an official recount.

Under the same law, the recount would be tabulated by electronic scanners, essentially rescanning the ballots as they were scanned following the election.

In the days and weeks since the Nov. 3 general election, members of the president's team have been scouring the nation, concentrating in several key states, in an attempt to overturn votes and secure a victory for Trump.

The president has maintained a near-constant presence on Twitter, insisting that the election was rigged and that he won the election.

Along with Georgia, North Dakota certifies its votes on Friday, Nov. 20. As of this point, 15 states have certified their votes. The remaining states will have until what is termed the "safe harbor" date of December 8, or six days before the Electoral College meets on December 14, to settle any disputes and determine their electors. These dates are locked in under federal law (3 U.S.C. § 5).

In most other states, either the Secretary of State's office or the state election commission is responsible for certification of votes.

Here's a breakdown of the anticipated certification dates for the other states in the nation:

These states certified prior to Georgia:

Following Georgia and North Dakota, here's the order of the states remaining that have to certify their votes:

According to Ballotpedia, the remaining states -- Hawaii, Rhode Island, and Tennessee -- do not have a date-certain to certify, but, as noted in federal law, must have their votes certified and their electors in place by the "safe harbor" deadline of Dec. 8.

Once the vote is certified in each state, the state's electors will meet in the state capitol on Dec. 14 to carry out the process as noted in the U.S. Constitution for electing the president and vice president.