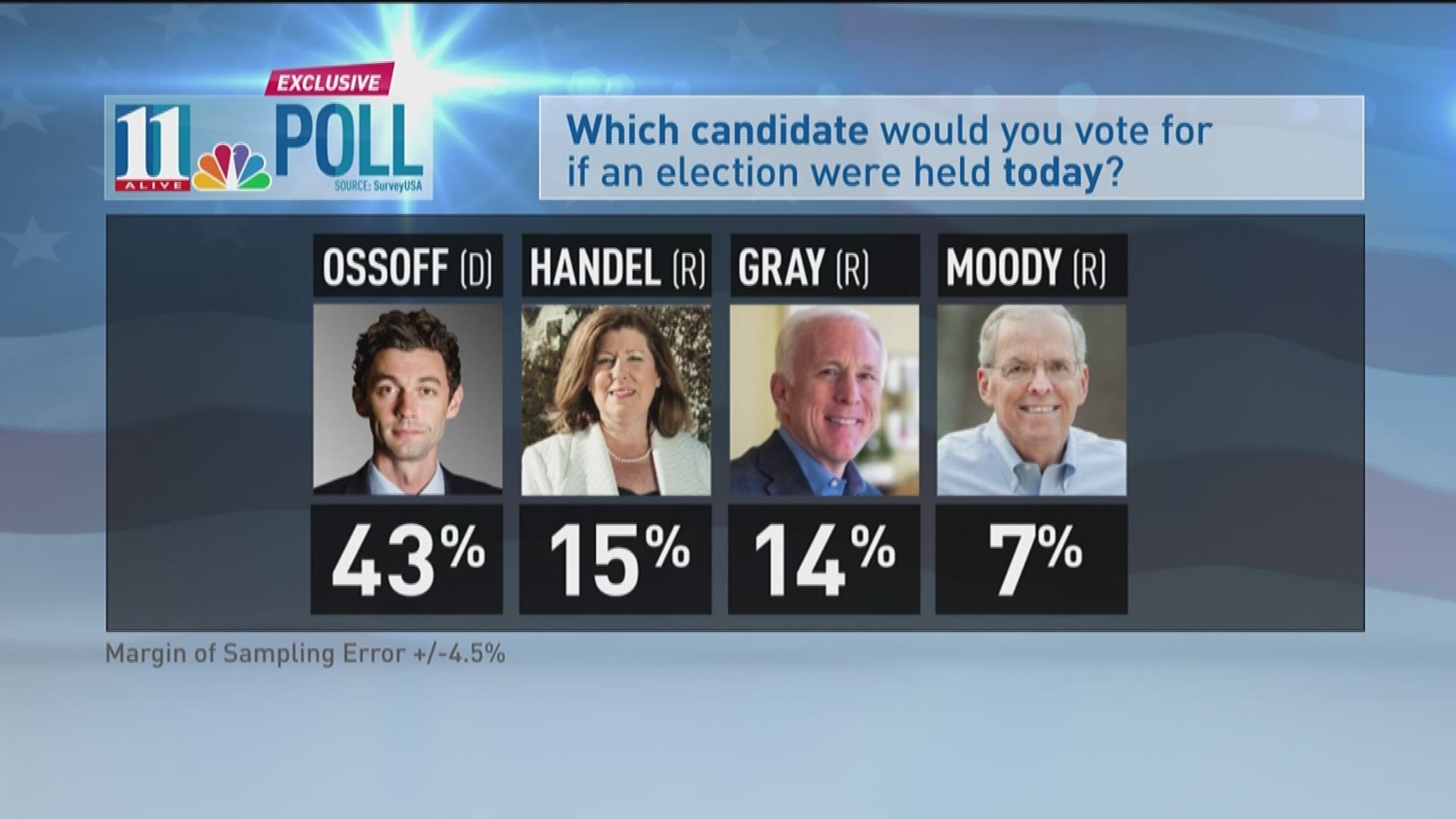 Price was named Donald Trump secretary for the Department of Health and Human Services, leaving a vacuum that will be filled through an April 18 special election and, if needed, a June 20 runoff. The race has national implications as both parties scramble to grab the seat.

In the 11Alive poll, Ossoff grabs 43% of likely voters. Republicans Karen Handel (15%), Bob Gray (14%), and Dan Moody (7%) round out the top four. All other candidates combined make up 15%, and an additional 7% are undecided. Right now, Ossoff polls below the 50% needed to avoid a runoff.

"Polls are just polls. Now, it's all about turnout," Ossoff told 11Alive's Matt Pearl. "Turnout is key, but so, too, is uniting people around our vision for a local economy." 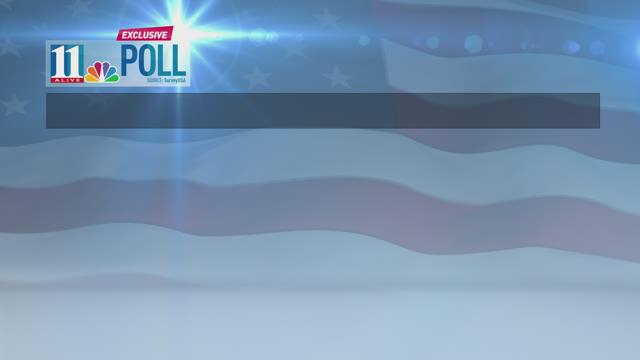 Ossoff's talk of high-tech jobs and economic development has struck a cord with the district's higher-income voters. Forty-eight percent of voters with incomes over $80,000 support Ossoff, compared with 15% for Handel.

Ossoff's overall support is young, educated and affluent. Among Democrats, he gets 86% of the vote. Of those who voted for Republican Tom Price in 2016, 13% cross over to vote for Ossoff.

He's up against Handel's older, whiter support base and Gray's middle-aged and middle-income Evangelical supporters.

Handel told 11Alive News she believes momentum is in her favor. She says her internal polling shows her beating her Republican counterparts by double digits. 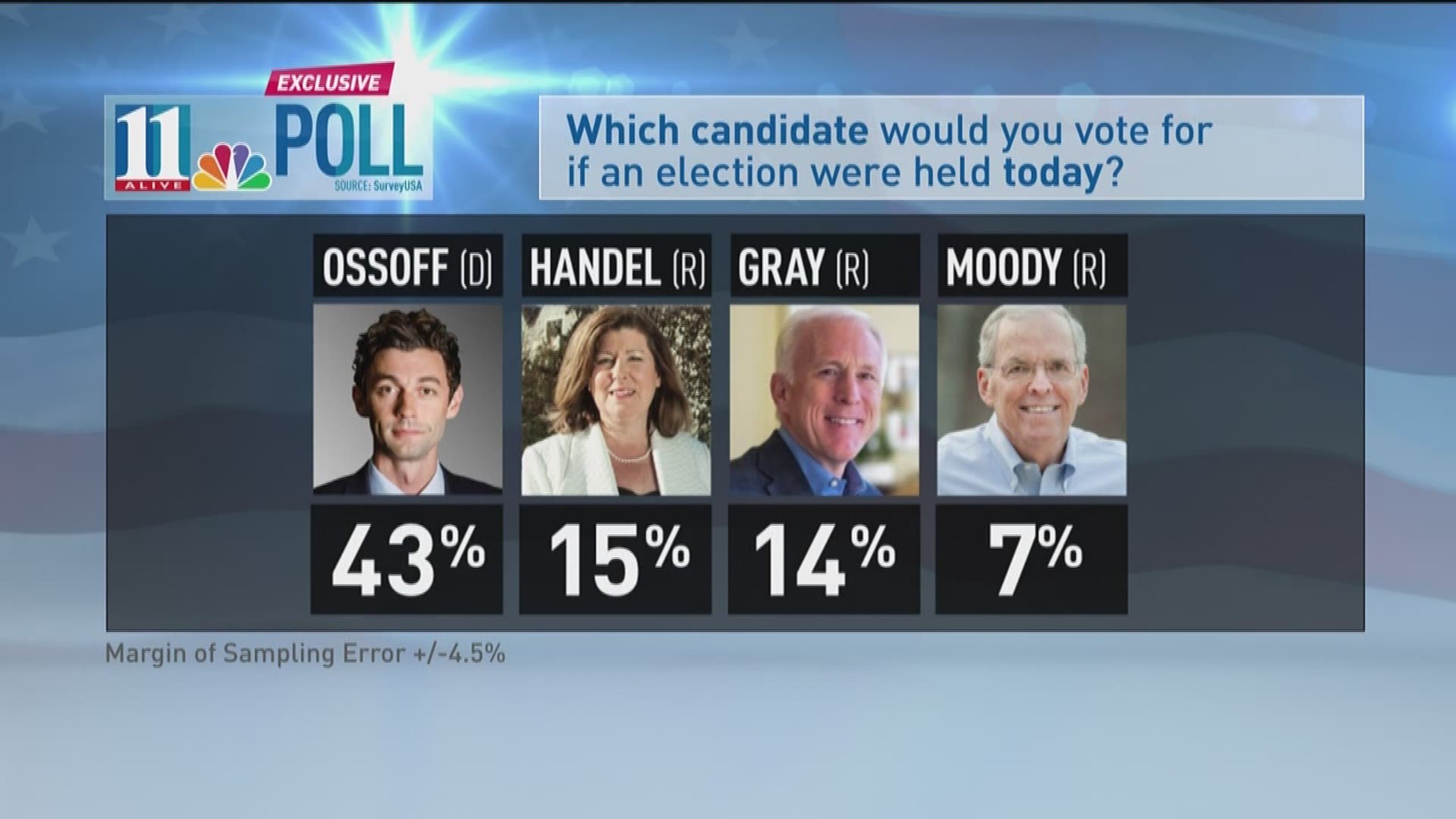 "Identifying likely voter samples is incredibly hard in special elections because these elections don’t establish the patterns of regular elections," political analyst and Emory professor Andra Gillespie said. "It would not change the likely reality that Jon Ossoff has consolidated his lead among Democrats and will likely end up in the runoff; but it does have implications for the likelihood that Ossoff could win on a first ballot. "

Gillespie said the strong polling among his base shows he's likely consolidated the Democrat vote. "His task is to get his base out to vote and to find latent Democratic voters — a tall task in a special election that’s being held two days after Easter, when many could get distracted," she said.

She says, for Republicans, it's a race for second place, at least through the first ballot. "Bob Gray and Karen Handel are neck and neck could say many things. Gray has a strong base in John’s Creek. Handel has high name recognition throughout the district," Gillespie said. "The one thing that does jump out at me among the Republican field is that Dan Moody’s media blitz, including the endorsement of Sen. David Perdue, has not yielded a jump in the polls yet."

SurveyUSA analysis pointed to the same factor, saying heavy spending could shift numbers: "If Republicans make a significant media buy in the remaining two weeks, Ossoff's support may be overstated here, and his chances of winning the seat outright on 04/18/17 would be reduced. To the extent that Democrats see Ossoff and 04/18/17 as their best shot at flipping the seat, and spend dollars accordingly, the fight will be to the finish." 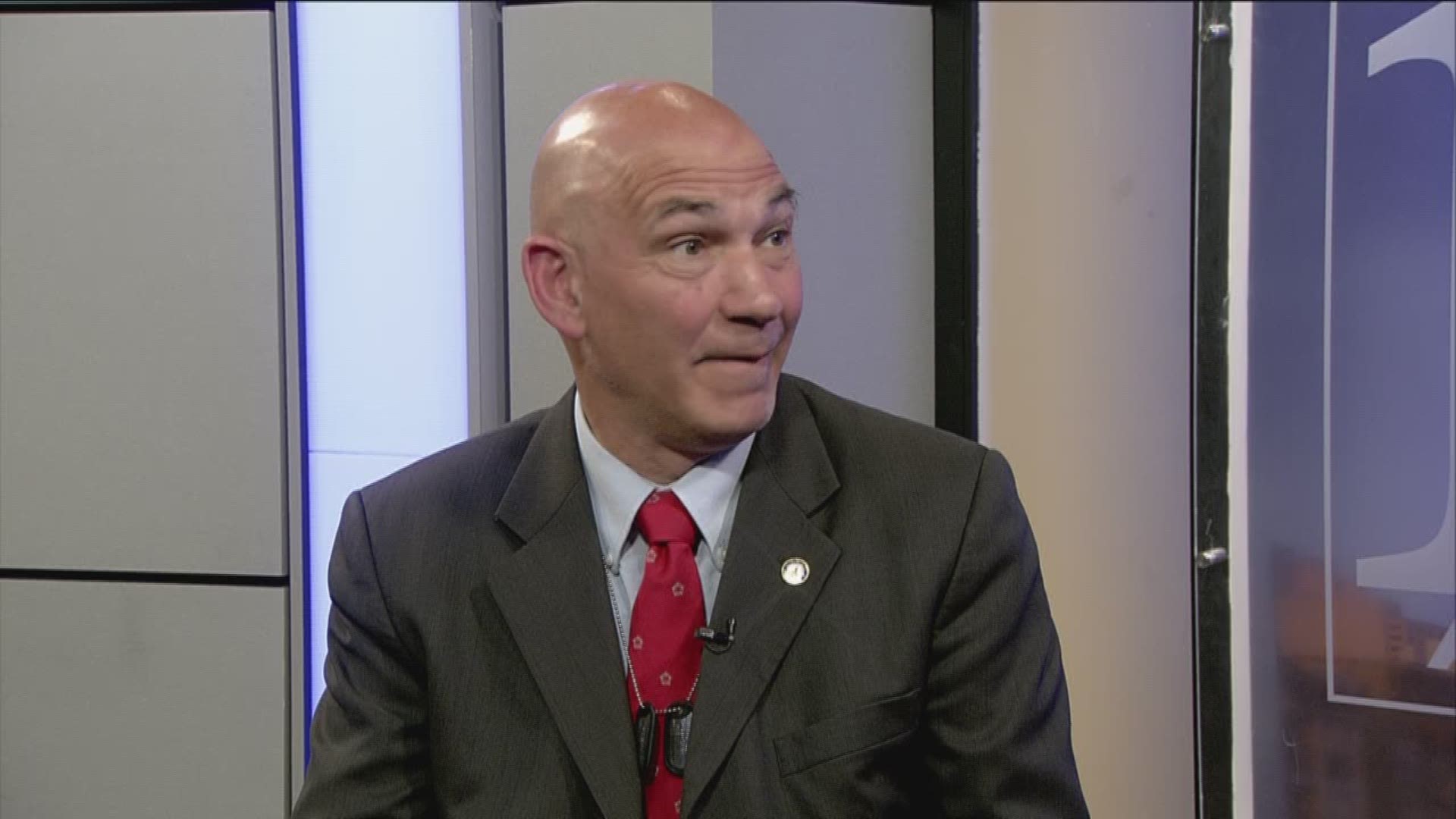 DIG DEEPER | See the complete results of the 11Alive/SurveyUSA poll

11Alive commissioned the scientific poll with SurveyUSA. 900 registered voters were interviewed between 3/27/17 and 4/2/17. The poll was conducted 100% by telephone (68% landline, 32% cell phone). Of the 900 registered voters, 503 were determined by SurveyUSA to have already voted or likely to do so before the deadline.”