How would a recount be triggered in the 6th District race? 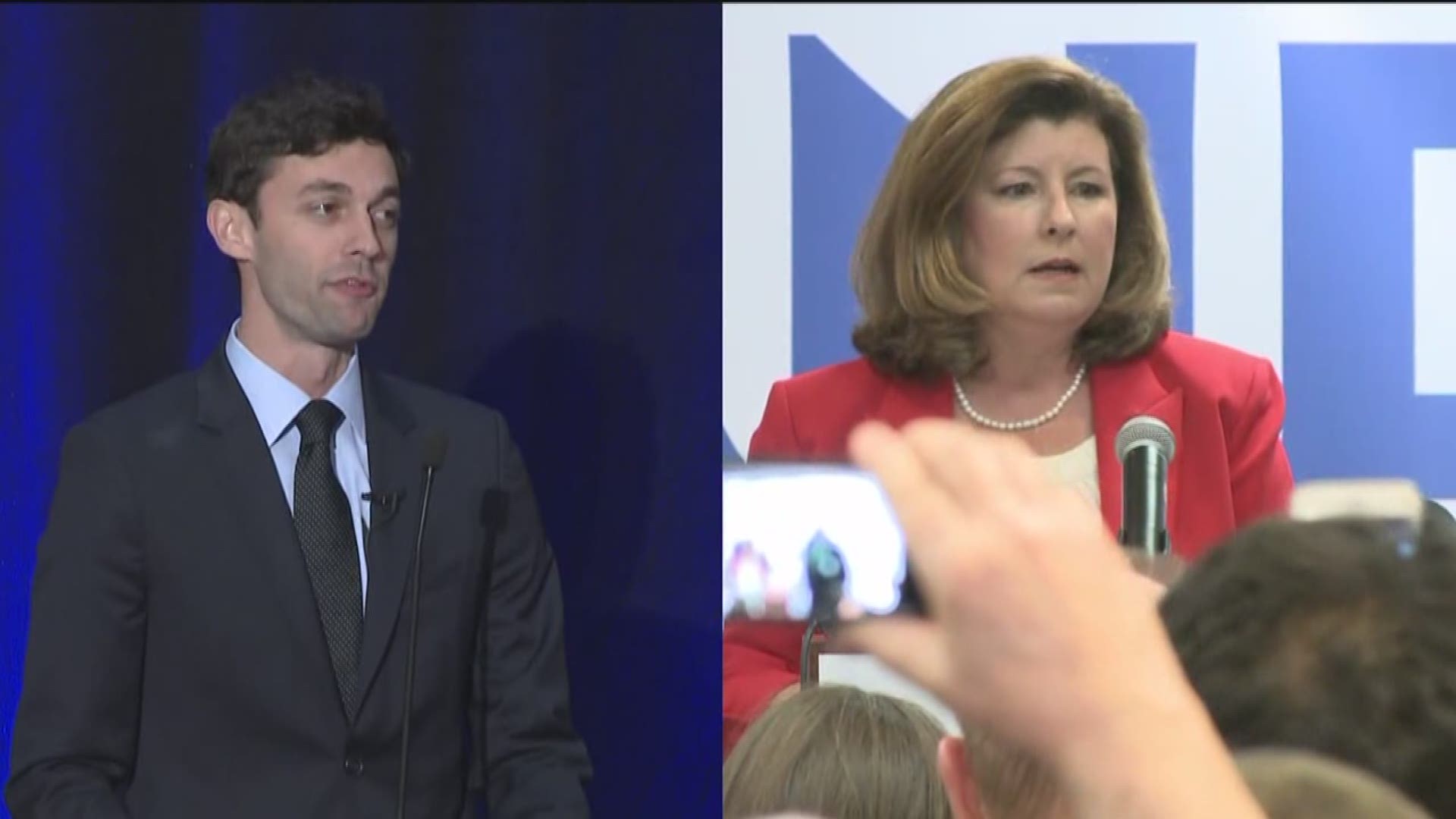 With polls showing the 6th Congressional District race too close to call, the chance of a recount taking place is not out of the question.

But when is a recount possible, and how is it triggered?

Once all of the votes are counted and certified, if the candidates -- Democrat Jon Ossoff and Republican Karen Handel -- are within one percent of each other, state law allows for one of the candidates to demand a recount. And, if recent poll numbers are accurate, that could be a realistic outcome.

Ossoff and Handel have campaigned for months. The most recent 11Alive News-Survey USA poll shows the race is a tie at 47-percent-to-47-percent, with 6-percent undecided.

"If anything, the polls are tightening, and I think this is going to come down to a very close election," said Georgia State University Political Science Professor Sean Richey. "And it just might end up being a very long Tuesday night."

Or it could continue for several more days.

Richey says 11Alive's polls along with several others have the race within recount range.

"The polls have it within a margin of error of around three or four percentage points," Richey said. "So usually, that 1 percent zone for a recount; that is most likely included in the margin of error of most polls we've seen in the last few weeks."

At the DeKalb County Elections Office, Director Maxine Daniels is in charge of 6th District polls in DeKalb County.

"We are north of 78, Brookhaven, Dunwoody, Doraville, Chamblee, Tucker," she said.

For a recount, Daniels says candidates must wait until the votes are certified -- which would be next week.

"Our office will certify our election on Monday and the secretary of state will then certify the election shortly thereafter," Daniels said.

Then if the two candidates are within one percent of each other, a recount could be requested be a candidate.

The electronic votes are stored on memory cards, and would simply be reuploaded to a server, and sent to the secretary of state's office. This process is called recanvassing.

"Generally that never changes," Daniels said. "If that does, that is a story in and of itself."

And the absentee or paper ballots would be rescanned. Danlels predicts this would only take a few hours -- and this is where the result could change slightly.

"The reason why is it is a manual process," she said. "Of course, the machine reads the bubbles. So if someone lightly bubbled or someone used a pencil, it might pick it up one time and not pick it up the next time or vice versa."

So what are the odds of the 6th District coming down to a recount? Richey's educated guess: 5 percent.

If the winning candidate is elected by more than one percent, a candidate could still request a recount according to Richey.

“This would be done if they think there is some sort of obvious egregious error in the way the numbers are counted," Professor Richey said. "Then they would have to show a judge or other state officials their logic and reasons behind why they doubt the results. Then if there is corroborating evidence they can show it is likely a candidate initiated recount would take place.”

Checking in with the secretary of state's office on what happens if the election ends in a tie? In short, we would be looking at yet another special election.