Despite complaints from many offended viewers, local TV stations cannot take the new Brian Kemp commercial off the air. Here's why. 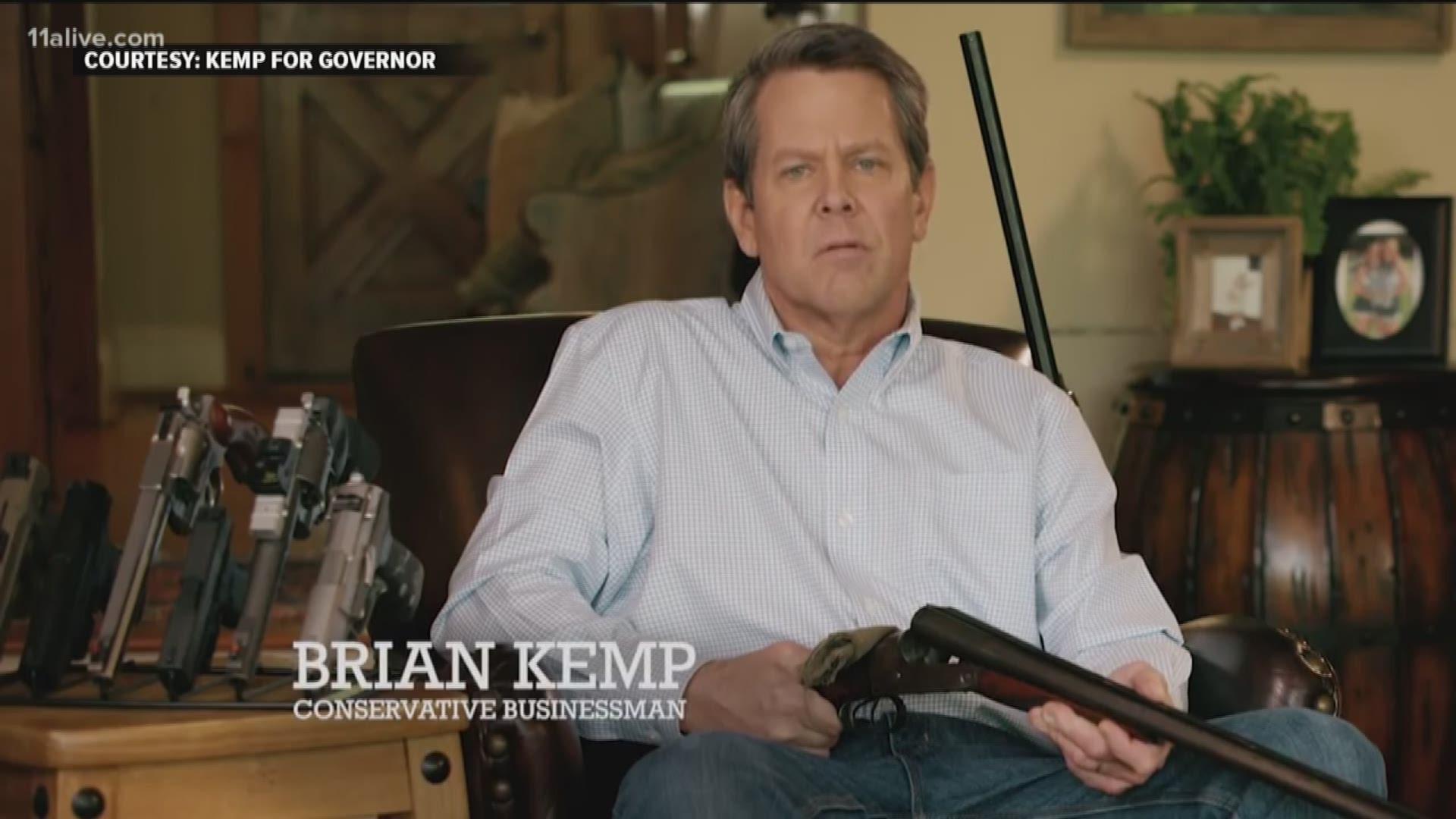 ATLANTA -- 11Alive News has received many complaints on the commercial released last week by the Brian Kemp for Governor campaign which features the Republican gubernatorial candidate holding a shotgun while a young man runs through talking points for Kemp's campaign.

One viewer calls the ad "offensive," while another called it "very inappropriate."

A number of the viewers who have contacted us have demanded that we take the ad off the air entirely, with at least one viewer asking us to "show some civil courage and refuse to air Kemp's video." The viewer goes on to say that "it is the sign of a psychopath and only invites violence against unarmed people and somehow justifies using firearms in a totally unwarranted situation."

More specifically, the FCC says that a person who has publicly announced his or her intention to run for nomination or office, is qualified to run under the appropriate federal, state or local laws to run and has met all of the other necessary qualifications to run for and hold the office they are seeking, is permitted to purchase political advertising time within 45 days of a primary election or 60 days of a general or special election in which that person is a candidate.

Additionally, television stations cannot censor or alter the content of political ads being run in any way. The ads must be run in their original form -- even if their content differs from the ordinary program content that the station would regularly air.

► Your early voting guide to the 2018 Georgia Primary

A station is also prohibited from rejecting a political ad from a candidate, despite its content. As a result, broadcast stations are not responsible for the content of those particular political ads, even if the content may be demonstrably false or defamatory in nature.

In 2010, Missy Reilly Smith, a candidate in Washington, DC, used images of aborted fetuses in her political ads on local television stations. Despite loud complaints by management with several stations in Washington, federal officials said the ads had to run unaltered.

Historically, the sole exception to this rule was made in 1983, when Hustler magazine publisher Larry Flint announced his intention to run for federal office, and broadcasters feared he would run sexually explicit campaign ads on television.

One other rule that applies to these ads is that individual candidates were required, under provisions of the McCain-Feingold Bipartisan Campaign Reform Act of 2002, to take ownership of the messages in their campaign ads. This resulted in the verbal statement at the end of each candidate's ad that states, "I'm [Candidate's Name] and I approve this message."

These rules apply specifically to advertising that is paid for and sponsored by the individual candidates themselves.

11Alive reached out to the Kemp campaign for comment regarding the complaints. “Brian Kemp is a conservative. Get over it. He loves his daughters, values our 2nd Amendment rights, and will be an unapologetic fighter for our families as Georgia’s next governor," Ryan Mahoney, Kemp for Governor spokesman, said in a statement.

Advertising that is sponsored by third parties -- from political action committees, unions, corporations, political parties and other non-political groups or individuals -- have a completely different set of rules.

Any political advertising that they produce may be censored by stations, and stations may refuse to air ads that fall into those categories -- especially if stations note that the content of the ads could be deemed to be defamatory or offensive.