Your early voting guide to the May 22 primary 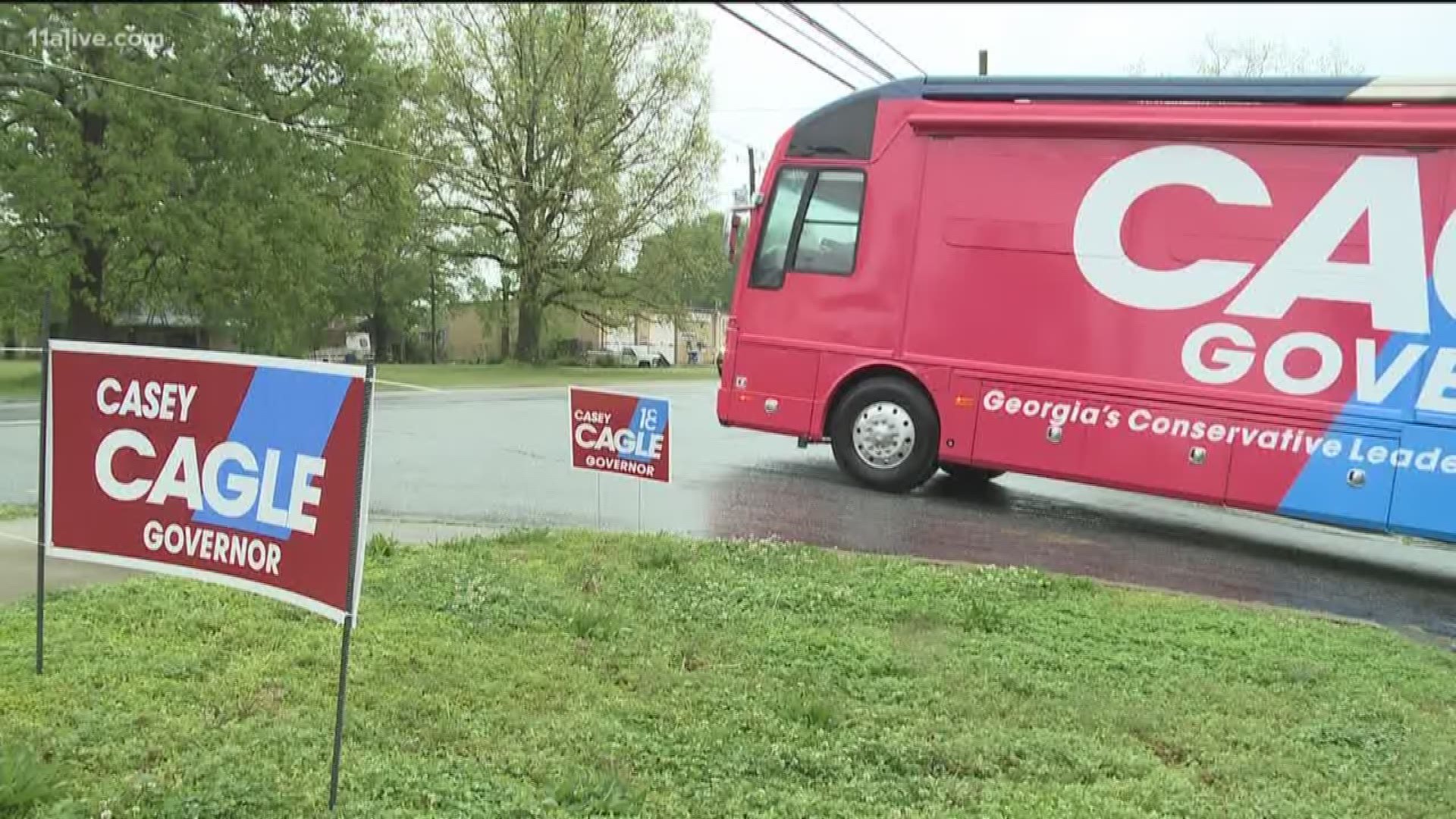 ATLANTA -- Early voting for the May 22 primary elections starts on Monday, April 30 across Georgia.

U.S. congressional candidates will also be chosen for each party during this primary election.

Georgia's current governor, Nathan Deal, is nearing the end of his second term, and by law is not permitted to serve more than two terms. The field is wide open with candidates running to replace him.

Georgia's current lieutenant governor, Casey Cagle, is running for the Republican nomination as governor, opening the field for a number of candidates to replace him.

Current Secretary of State Brian Kemp is among those running for governor, which also opens a field for those who wish to replace him.

Incumbent Republican State Insurance Commissioner Ralph Hudgens has held the office since 2011, and prior to that had been a member of the Georgia General Assembly, holding offices in both the Senate and House dating back to 1996. He announced last year that he would be retiring from political office and not running for re-election during this cycle.

Georgia's congressional delegation has been primarily Republican for the past several cycles, but with questions rising about President Trump and his policies, there have been many to wonder whether or not some of the congressional seats would become potential battlegrounds in the fall.

During the primaries, districts that would not have had Democratic challengers will likely see one or more candidates show up this election cycle.

Primary election day itself will be Tuesday, May 22. Any necessary runoffs will come on Tuesday, July 24. Early voting starts on Monday, April 30 and ends on Friday, May 18.