Barack Obama to campaign for Stacey Abrams in Atlanta

President Trump is also expected in the state over the next week. 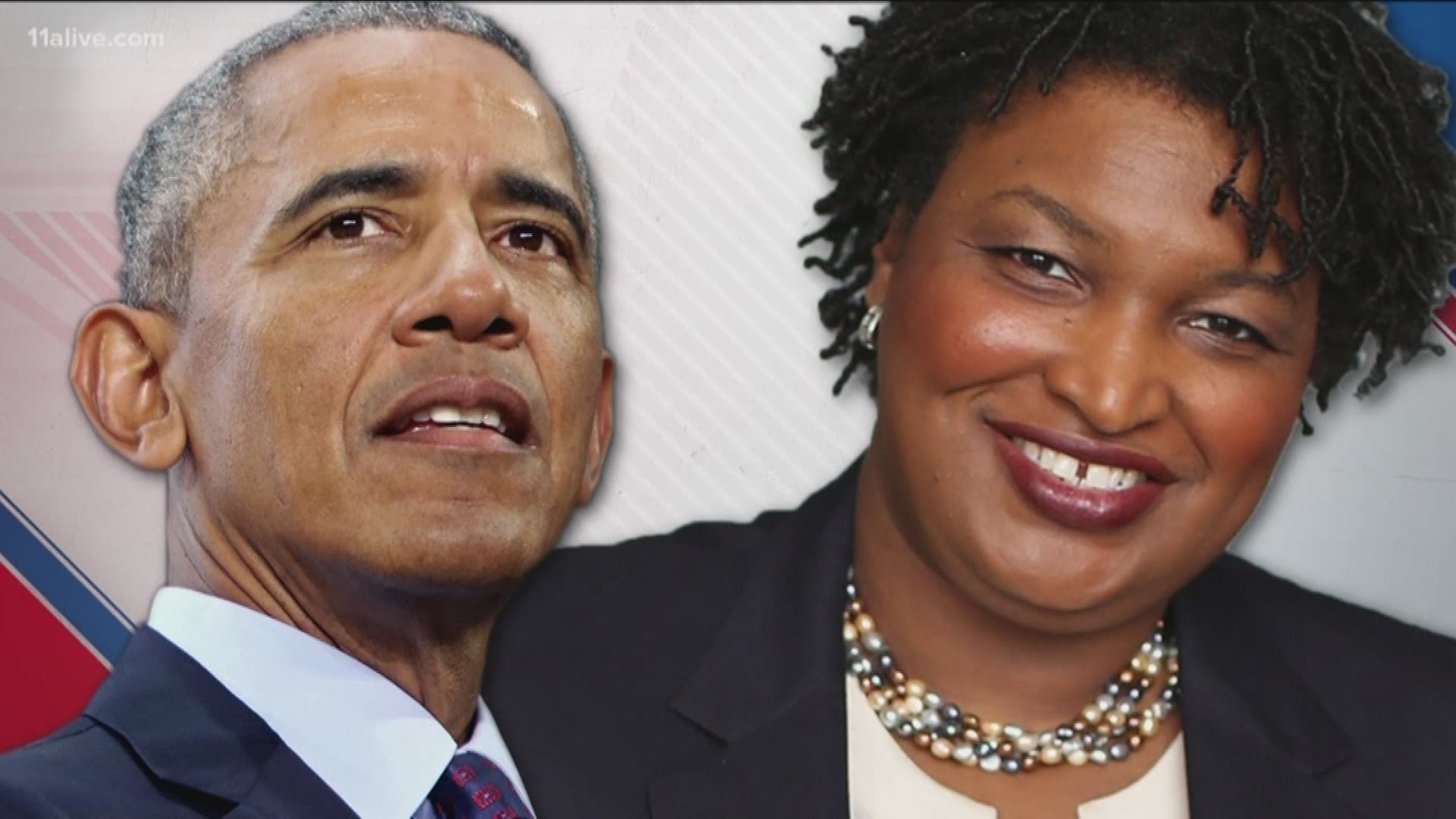 Obama will attend a "Get out the Vote Rally" along with Abrams and other Democratic candidates at Forbes Arena at Morehouse College Friday night., Abrams announced in a tweet on Monday.

President Donald Trump is also expected in Georgia over the next week. Trump is reportedly coming to Macon to campaign for the Brian Kemp, the Republican candidate for governor. Details have not been announced for that yet, but Lt. Sean DeFoe with the Bibb County Sheriff's Office says they've been contacted about working out a plan for road closures and other details.

Tickets for the Morehouse event featuring Obama will be made available on a first-come, first-served basis on Wednesday from 2 p.m. to 5 p.m. at these locations:

(Note: There is a two-ticket limit per person)
The Georgia governor's race is one of the most closely-watched contests of the 2018 midterm election. If elected, Abrams would be the first African American woman governor in the United States.

Kemp, the current Georgia secretary of state, won a contested Republican primary in July largely by embracing Donald Trump and by airing controversial TV advertisements highlighting his opposition to illegal immigration and his support for the Second Amendment.

Trump gave his support to Kemp days before the GOP runoff, and has continued to show his support for the Republican candidate.

"Georgia Secretary of State Brian Kemp will be a great governor," President Trump tweeted on Oct. 20. "He has been successful at whatever he has done, and has prepared for this very difficult and complex job for many years. He has my Strong Endorsement. His opponent is totally unqualified. Would destroy a great state!"

Polls have Abrams and Kemp virtually tied, making a December a possibility should neither candidate get more than 50 percent of the vote. Libertarian Ted Metz is also in the race.