It was conducted this week to reassure the public. 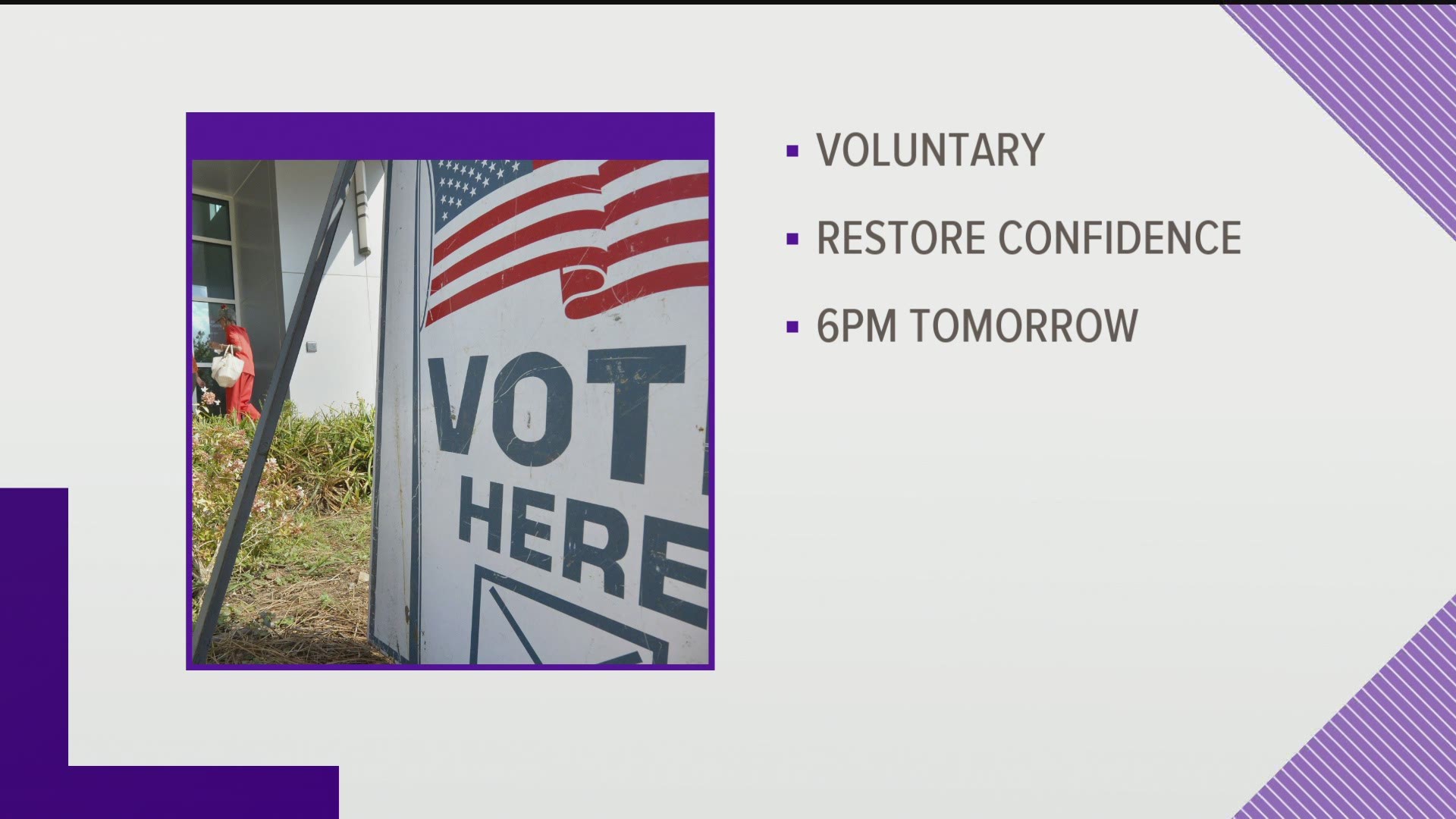 The county announced earlier this week it would voluntarily be conducting a hand count audit, saying there was "no reason to think that the votes were not counted properly," but that they hoped it would reassure public confidence in elections.

In a release issued Thursday, the county said it audited the Jon Ossoff-David Perdue race specifically, and that the audit "demonstrates that our voting system accurately counted the results of the January 5, 2021 Runoff Election."

"Auditors are human and often make small mistakes during a hand count and as a result we expect to see a small margin of error," the release said. "Initial data shows that the overall margin of error was .01%."

The county stressed, however, that "the purpose of the audit was NOT to confirm the exact machine tallies but simply to prove that Bartow County did not declare the wrong winner."

The county said a full report would be released within a week showing "where errors occurred as well as the tally sheets used during the audit."

"The entire process was open to the public and was conducted under the observation of official monitors from both political parties. The monitors were granted meaningful access to the process and were able to watch everything from the moment we arrived with the ballots, until we loaded them back onto the truck to return to our office," the county said. "We appreciate everyone who volunteered their time to observe this process. They played a critical role and it would not have been an effective audit without them."

According to Bartow County, the audit was completed within one day and cost about $3,000.