The motion states that the additional safeguards requested by the plaintiffs and imposed by the course "will add little value." 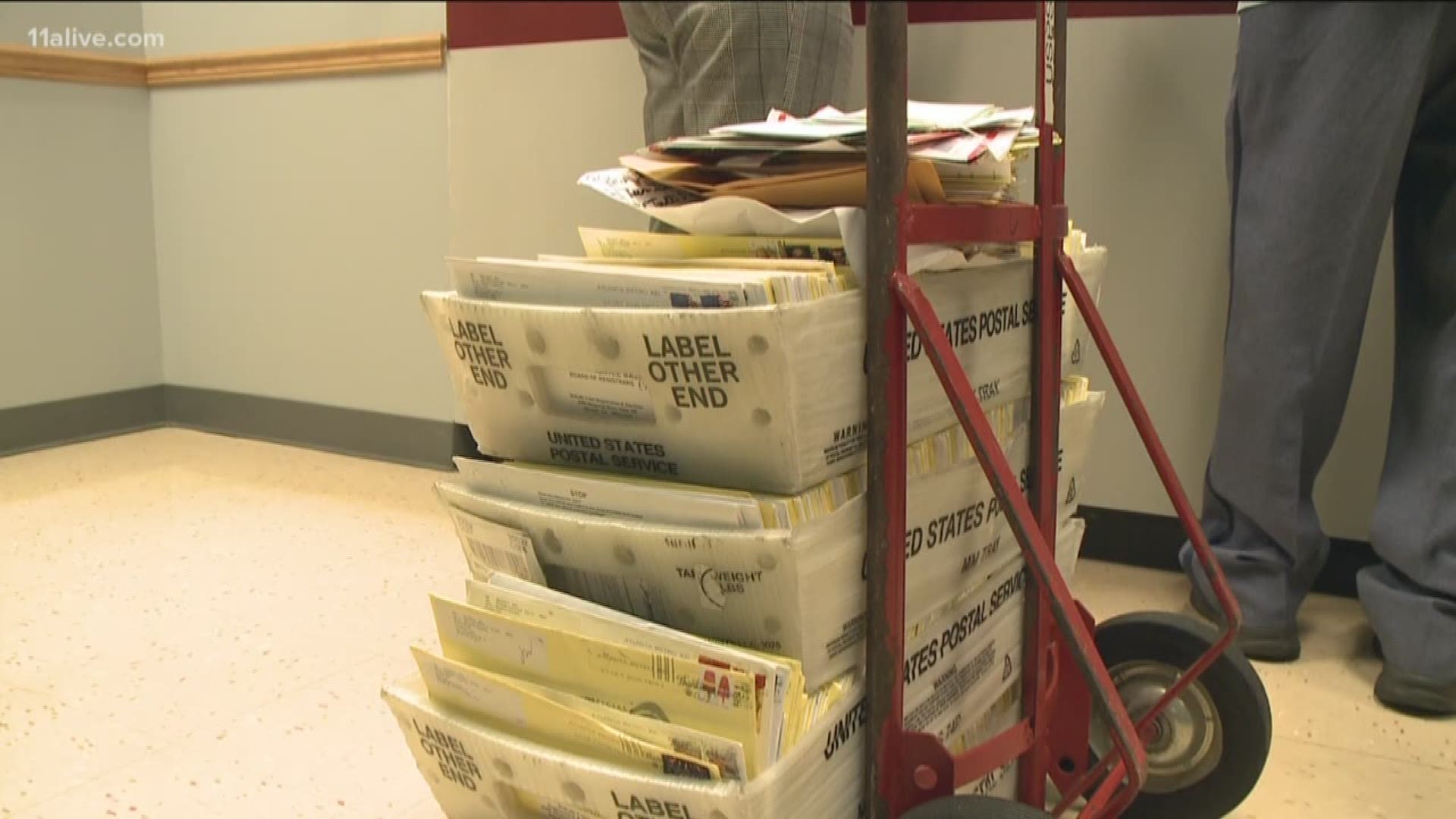 Earlier this week, a federal district judge representing the Northern District of Georgia granted the ACLU of Georgia’s motion for a temporary restraining order that prohibits elections officials from rejecting absentee ballot applications and ballots in Gwinnett County.

U.S. Federal District Court Judge Leigh May's order required that voters whose absentee ballots were improperly rejected because of an alleged signature mismatch be told about the rejection and have the opportunity to resolve the issue to ensure that the ballot would be counted.

The ACLU had sued Gwinnett County after it was determined that the county rejected more than 10 percent of absentee ballots cast, more than any other metro Atlanta county.

In Thursday's emergency motion, which Kemp filed in his capacity of secretary of state, argued that May's order would be "adding brand new, untested processes ad hoc to long established election procedures at the eleventh hour, it will introduce uncertainty and confusion under extreme time pressure at best, and it risks undermining the integrity of the State’s election process."

"Staying that injunction to allow review by the Eleventh Circuit will ensure at least a measure of careful deliberation before upending the State’s election processes in the middle of a general election," the motion said.

The motion states that the additional safeguards requested by the plaintiffs and imposed by the course "will add little value."

"Requiring the state to conduct hearings or other additional process regarding a voter’s identity is completely unnecessary since that simple verification of identity can be accomplished by the voter simply showing up at the county election office," the motion states.

It also argues that voting by mail is a "privilege and a convenience, different in kind from the fundamental right to vote itself."

Kristen Clarke, president and executive director of the Lawyers’ Committee for Civil Rights Under Law, spoke out against Kemp's motion.

“This is a clear attempt to obstruct relief that is incredibly time-sensitive given the fact that we are mere days away from the election," Clarke said in a statement. "While we will continue to fight on behalf of absentee voters who have unfairly had their ballots singled out rejected for an alleged signature mismatch, it is hard not to view this latest move by Brian Kemp as sheer gamesmanship.”

Candice Broce, a spokesperson for the secretary of state, issued a statement saying, "Courts across the nation, including the U.S. Supreme Court, have warned about the danger of changing existing laws and procedures right before an election. We will appeal the judge's ruling."