The Cobb County Board of Elections said they had always planned to open additional voting locations for the final week of early voting. 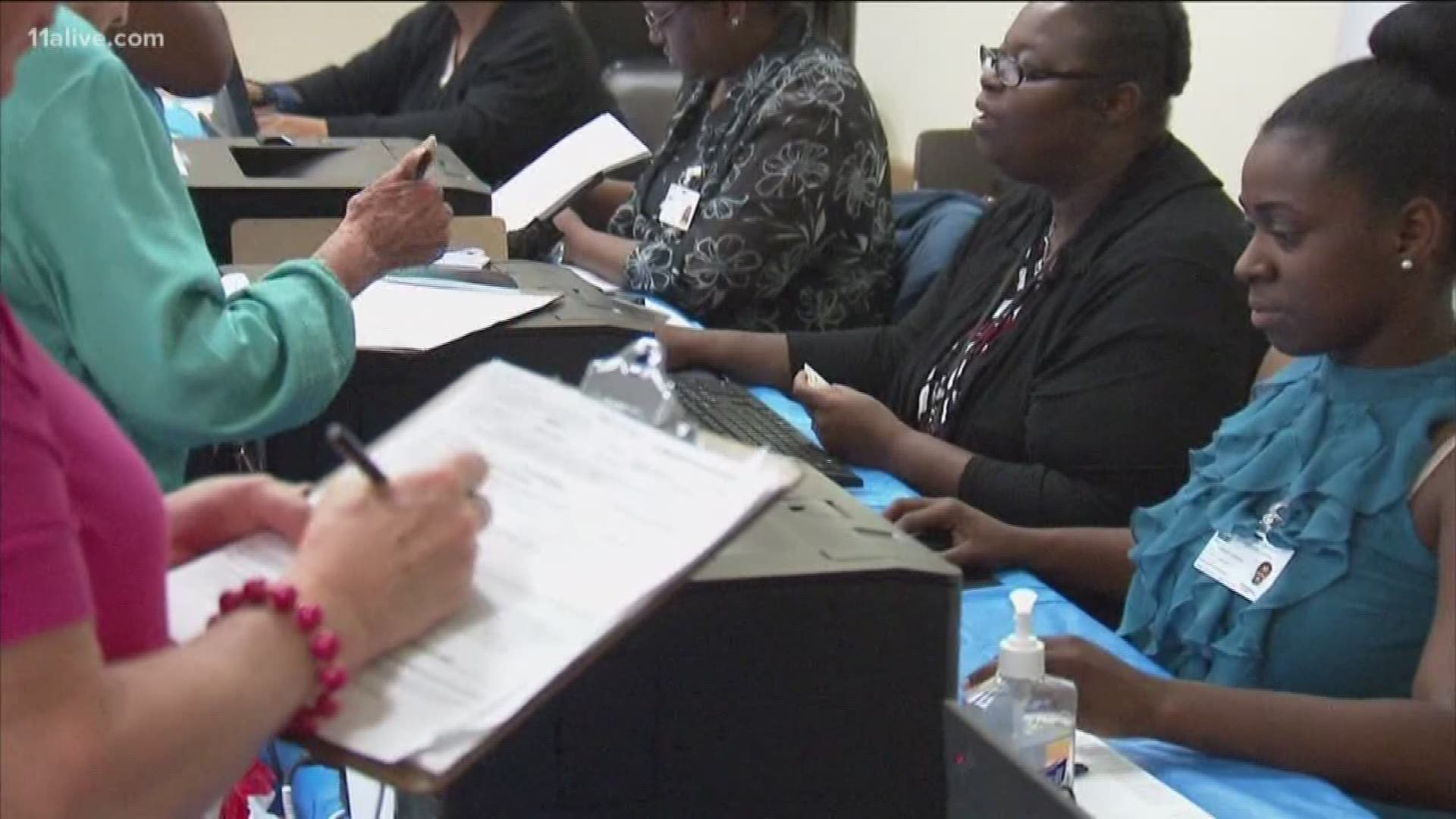 MARIETTA, Ga. -- After more than two weeks of waits of up to three or four hours for early voting in Cobb County in two locations, more offices will open on Monday.

For the first week of early voting, only the main office on Whitlock Avenue in Marietta provided early voting for Cobb voters. Beginning the following weekend, a second location at the Jim R. Miller Park opened.

The Cobb County Board of Elections had always planned to open additional voting locations the final week of early voting, according to director Janine Eveler.

"Normally, in a midterm election, we don't have this many locations open. So we are seeing a great deal of turnout for this election that we wouldn't see in a mid-term," Eveler said when asked about wait times. "Our normal mid-term policy to only open four locations -- so we had already planned to have a lot more capacity."

Thousands went to cast their ballot for early voting in the November midterm election.

Nine other locations around the county opened Monday morning for the final week of early voting, bringing the total to 11.

Hours at most locations are Monday through Friday, from 8 a.m. to 7 p.m. The lone exception is at the Main Office on Whitlock Avenue, which is only open until 5 p.m. each day. The final day of early voting is Friday, Nov. 2. If you do not vote early, you will have to vote on Election Day, Tuesday, Nov. 6.

Voters who want to vote early can use any location around the county, regardless of where their home precinct is. However, if you wait until election day to vote, you will have to vote in the home precinct that you are assigned.

Nov. 2 - Last day for a registrar to issue or mail absentee ballots for the November General Election & last day for early voting

What you will need when you go vote

When a voter comes to a polling place -- whether for advance voting or on election day -- they need to present one of several forms of government-issued identification: