Deadline to complete recount is Wednesday, Dec. 2 at midnight 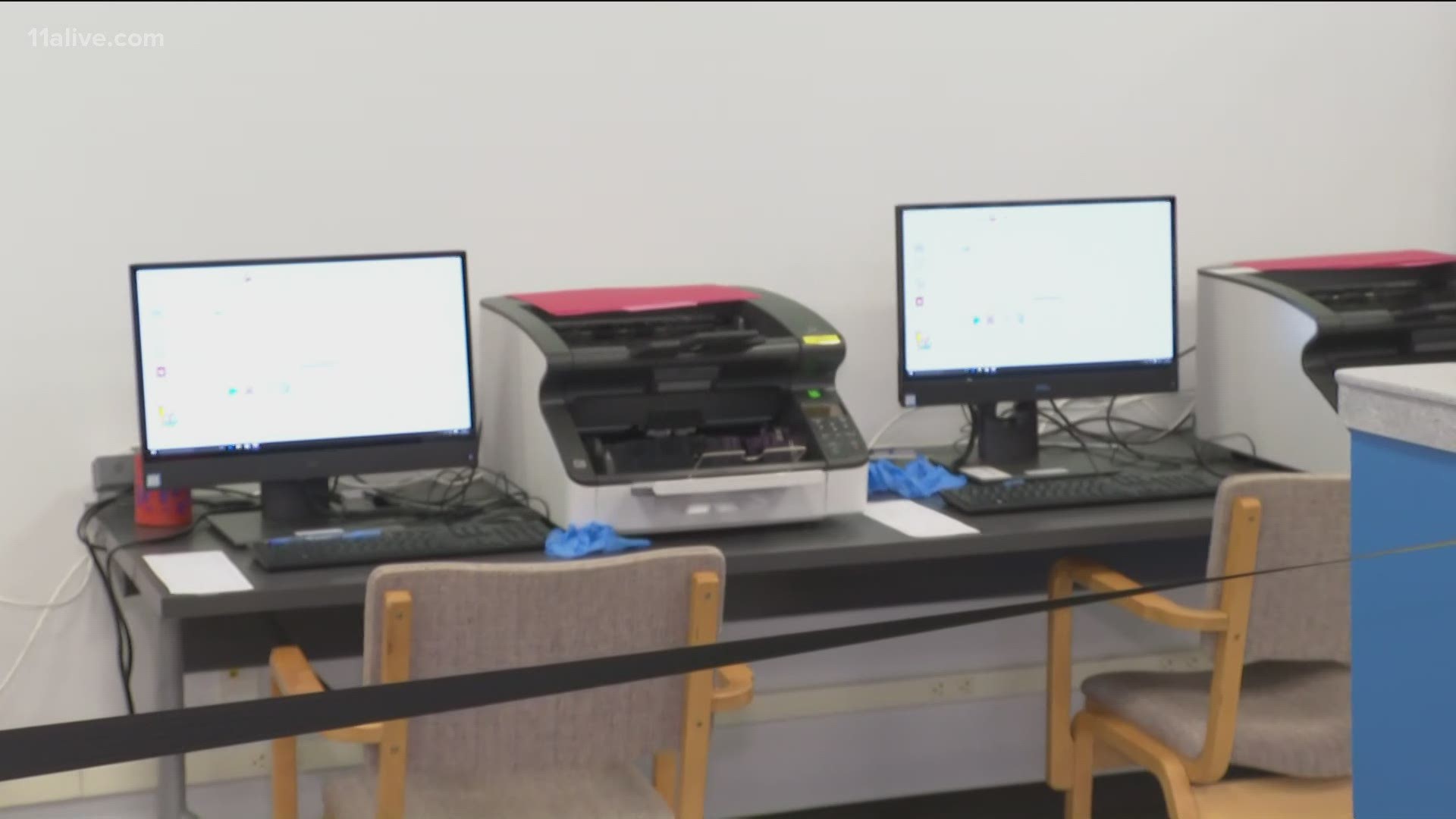 ATLANTA — All plans are not the same when it comes to completing Georgia's recount of the presidential race. The third tally of results comes with its own challenges for each county.

Smaller counties have exhausted several resources in trying to meet deadline after the original Election Day tally and a risk-limiting audit, which revealed a number of discrepancies. Larger counties have required more staffing to meet needs.

In the case of the latest recount, triggered by the Trump campaign due to the margin between the president and President-Elect Joe Biden being within half a percentage point, the largest Georgia counties are having to get creative with the Thanksgiving holiday looming.

On Tuesday, counties started preparing for the recount. Workers were trained and high-speed scanners were tested for accuracy and proper function.

Fulton County, which must recount about 528,000 ballots, began the logic and accuracy testing Tuesday afternoon. Around 50 workers will have access to 13 scanners and begin recounting at 8 a.m. Wednesday. Fulton County's recount will take place at the Georgia World Congress Center.

Election workers will have Thanksgiving and Black Friday off and resume counting Saturday from 7 a.m. to 7 p.m. Sunday calls for an 8 a.m. to 5 p.m. work schedule, and the same applies to Monday.

Gwinnett County has access to 22 scanners and will recount around 416,000 ballots at the county's election headquarters. After prepping for the recount and testing scanners Tuesday morning around 9 a.m., the scanning process began after lunchtime. Officials will work until 8 Tuesday night, then they will return Wednesday from 9 a.m. to 5 p.m.

Election workers will be off Thursday and Friday, while the weekend schedule is still to be determined, officials said. Adjudication panels will be brought in Monday to check for any discrepancies.

In DeKalb County, about 100 election workers will use nine scanners to recount approximately 373,000 ballots at one of its largest voting sites on Turner Hill Road in Stonecrest.

“We’re planning on deploying a recount plan that looks very similar to the recent risk-limiting audit,” said DeKalb County elections director Erica Hamilton in a statement. “We’re engaging the same partners, county departments and others to ensure we’re able to once again maintain the integrity of the process.”

Cobb County will use eight scanners to recount about 394,000 ballots. Work got underway Thursday in Marietta, at the Jim R. Miller Park Event Center on Callaway Road. Staff will work from 9 a.m. to 5 p.m. Wednesday, then they'll return Monday through Wednesday to work from 9 a.m. 5 p.m.

The Secretary of State set a deadline of midnight on Wednesday, December 2 to complete the recount.